A question of time horizons 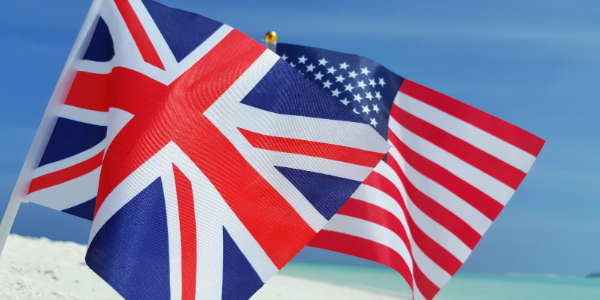 A US presidential debate that nobody would want to watch twice was followed by reports that COVID reality has finally caught up with a US president who insists that only he can determine  what is real and what is fake has made for a dramatic October start. The UK’s domestic perspective was not much less unnerving, with public divisions over the most appropriate reaction to the second COVID-19 wave growing by the day, while economic pressures are doubled up by the seemingly never diminishing uncertainties over a ‘deal-or-no-deal’ Brexit.

If there is one thing capital markets investors dislike, it is uncertainty, which we have in abundance. On balance, however, we can see improvements in what will drive economic and market fortunes beyond the immediate short-term time horizon. The noises coming from Westminster that negotiation progress with the European Union (EU) is being made, reconcile with our observation that 1) both sides have an even bigger economic interest in reaching amicable economic divorce terms than before, given the imperative of swift economic recoveries on both side, and 2) because of the UK’s regrettable underperformance – both in terms of public health and economic damage sustained from the epidemic – there should be less appetite from the UK government to risk a crash Brexit scenario.

Similarly, for the US, an increasing number of market strategists are beginning to update their economic outlooks and view a Joe Biden presidential election win in a more positive light. Economic growth – rather than return of decline – is therefore increasingly what we expect as the most likely scenario for 2021.

With continued substantial fiscal support from governments around the world coming into sync with central banks’ monetary support policy measures, the argument that the so-called ‘reflation trade’ will lead the world back to economic expansion (and thereby improving corporate earnings) is gaining validity. If the US is able to change political direction, and regains its former status as the world’s preeminent growth engine, this will increase the possibility of a meaningful upswing in the global trade cycle – overcoming the weakness in demand that characterised and marred the decade that followed the financial crisis.

This may sound like a very bullish scenario for stock markets, and to a certain extent it is. However, investors must not forget that much of the effectiveness of recent monetary policy has been to bring forward future capital return potential from yielding assets by suppressing the yield of the secure alternative investment – fixed interest bonds. While it is entirely reasonable to expect an economic rebound would prompt a further upward movement in share prices, the really substantial moves are more likely to be found when investors begin to rotate their interest from the darlings of the low growth past – that profited most from the low yield environment – to those that benefit most during cyclical recoveries and perhaps even rising yield expectations. September’s return landscape has provided a first glimpse of what may be to come.