Arch egos bring down another firm 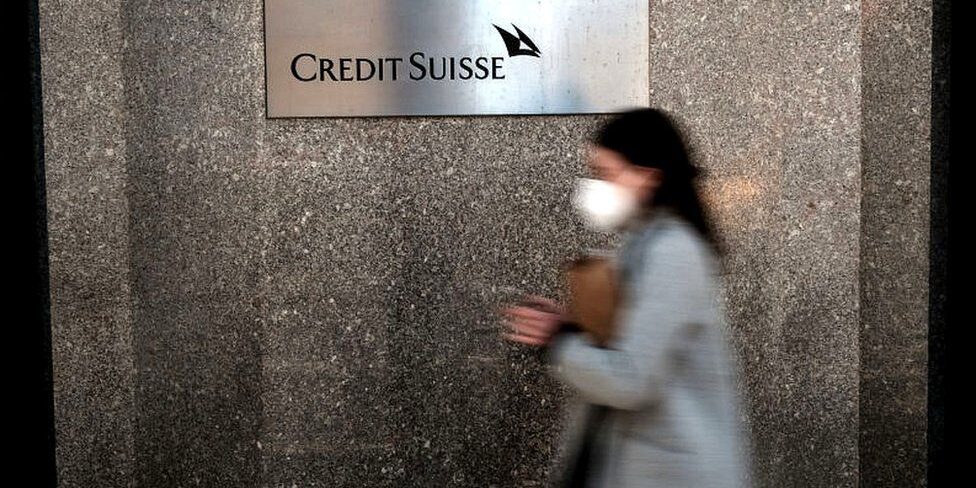 Springtime appears to be showering us with financial scandals. Just two weeks ago, we wrote about the collapse of supply-chain financer Greensill, the potential fallout, and what it could do to the reputation of the high-profile investors involved. This week, the financial press stumbled on an even bigger calamity, which could prove far more disruptive for equity markets and the institutions involved. Several big banks have discovered they were all lending to the same investor – Archegos Capital Management – the subsequent default of which has led to plummeting values in the tech sector and billions in losses for those banks.

The story is complicated in its detail, but simple at heart. Bill Hwang, a secretive but successful investor and the founder of Archegos, took out huge positions on a handful of stocks using borrowed money. But by spreading the borrowing across several banks, and using complex financial instruments, Hwang managed to hide the extent of his fund’s leverage, giving the banks a false sense of security.

When trouble came along, and Archegos failed to pay up on the banks’ margin calls, the big names suddenly realised they would be left holding the can. Fewer than ten banks – including Credit Suisse, Nomura, Morgan Stanley, Deutsche Bank and Goldman Sachs – managed to accumulate a credit exposure of more than $50 billion to Archegos.

Archegos managed to rack up such huge asset positions through an off-market type of derivative contract called total return swaps (which have end dates), or contracts-for-difference (which are open-ended). These are the go-to financial instruments that most hedge funds use to conduct their market trading under the prime brokerage agreements offered by investment banks. These instruments allow small hedge fund teams to run hugely complex financial exposure structures, without requiring the resource-intensive systems and processes usually associated with this type of financial engineering.

Under the arrangement, one party (in this case the bank) buys or structures an asset exposure, the other party (Archegos) receives the gain or loss, and the bank takes a (very) healthy fee. When the assets fall in value, the bank submits a margin call to the hedge fund, asking it to pay up the difference. Archegos defaulting on its margin call triggered this week’s commotion. When the hedge fund can no longer pay the difference, the assets that the bank thought were risk-free (since the fund is supposed to bear the exposure) suddenly look risky, prompting them to sell.

Beyond the above-mentioned easy access to complex market exposures, total return swaps have two further decisive benefits. First, they allow investors to take significant positions in, say, equities without the capital required to buy a large quantity of stocks outright. This is a common feature of derivatives and is the basis for how hedge funds make their money.

However, under a prime brokerage agreement – and crucially for hedge funds – total return swaps can be done with minimal contractual paperwork that institutional participants in derivatives trades otherwise must keep on top of. Second – and perhaps even more importantly – swaps allow investors to get substantial stakes in companies without announcing it to regulators or the public. Since the bank is the official owner of the stock, investors do not have to disclose their holdings in the same way they would with a normal equity holding. Indeed, this tactic has been used by activist investors to stealthily prepare for takeovers.

Almost all of Archegos’ trading was done through total return swaps with investment banks, resulting in eye-wateringly high leverage levels in some of its equity positions. The details are still not entirely clear, but it looks like the fund had a leverage ratio suggesting banks lent Archegos seven shares for every share owned – with some positions as much as 20 times levered. Banks and brokerages normally have rules to prevent situations like this, but Hwang took out huge contracts with a variety of banks in order to hide and multiply his equity footprint.

Archegos concentrated its holdings in American and Chinese tech stocks, including Baidu, Tencent Music, Shopify and ViacomCBS, with market commentators suggesting the hedge fund’s actions were behind recent, irrational seeming price moves – at least in ViacomCBS. When each of the entangled banks realised the involvement of others, there was a brief attempt to work together to sell the stocks in a way that would minimise market disruption (and collective losses) on their misadventure. Of course, being inordinately competitive, and the situation being a classic‘prisoner’s dilemma’, the winner (well, least-loser) was always going to be the first to decide to jump ship. That honour went to Goldman Sachs.

What followed was a classic fire sale of these equities by all involved. But soon others joined in, depressing the share prices of all the companies involved.

From our perspective, and compared with previous hedge fund blow-ups like the Long-Term Capital Management debacle of 1998, it is fortunate that markets as a whole mostly shrugged the whole thing off. After an initial bout of selling, in particular for the tech-heavy indices most affected, investors reverted to ‘business as usual’, refocusing on the more positive macroeconomic stories emerging through the week. This leads us to think that the systemic fallout from this particular news story will be, thankfully, limited.

The debacle is certainly significant, if only for what it symbolises. The banks involved are rightfully embarrassed about how they let such risk creep onto their balance sheets – none more than Nomura and Credit Suisse, the biggest lenders. In particular, executives at Credit Suisse will be shaking their heads, with such a heavy and embarrassing loss – estimated anywhere between $3 billion and $7 billion – coming so soon after their sordid involvement in Greensill’s collapse. Two big scandals in quick succession will be a considerable hit to the bank’s 2021 profitability, and potentially suggest considerable risk management issues. That Credit Suisse’s share price bore the brunt of the negative headlines (down around 20%) while the price to insure against the bank’s credit only increased by roughly 0.6%, confirms our view that this episode will be paid by shareholders rather than undermine the bank’s credit standing.

Credit Suisse’s struggles are only a symptom of wider issues, though. Hwang, a former ‘Tiger cub’ protégé of renowned investor Julian Robertson’s Tiger Management fund, pleaded guilty to insider trading – and was blacklisted by several banks – as recently as 2012. Only a few years later, Hwang was welcomed back by those same banks with open arms. Anecdotal reports suggest one of the reasons banks may have been unaware of his overall leverage was that many regarded him as their own special client. Goldman Sachs was the last holdout to allowing Hwang back into the fold, but it seems as though its sales team overrode the risk manager’s better judgement, in the hope of chasing Archegos’ attractive prime brokerage fees volumes.

Banks may argue that they would have expected due diligence to have been taken care of on Archegos’ side, given the regulatory scrutiny usual placed on hedge funds. In which case, they would have overlooked the fact that this particular hedge fund operated as the private family office for just one investor. As such, it seems highly likely this scandal will lead to increased regulation and transparency – particularly for the opaque total return swaps. Regardless, it is hard to see this as anything other than an embarrassment for the banks, who are now likely to look more closely at their own books. That may likely lead to a few more ‘discoveries’, to be followed by further gradual deleveraging, so as to avoid the same thing happening again.

We wrote after the Greensill fiasco that fraud and financial misconduct would inevitably rear its head again, given the system is awash with liquidity and investors are chasing slim returns. While we did not expect another example quite so soon, it only underlines our belief that derivatives will inevitably be misused by those that believe they can get away with it, while making outsized profits. This does not mean markets would function better without derivatives – quite to the contrary – but it is up to regulators – and banks – to contain the risks and utilise the ‘invisible hand’ of marketforces by creating transparency, even if that means they no longer benefit from the gains that opaque trading is able to generate. It remains to be seen just how many warning shots across the bows the investment banks are prepared to take, before recognising that regular scandals do nobody any good.