Are earnings keeping up with expectations? 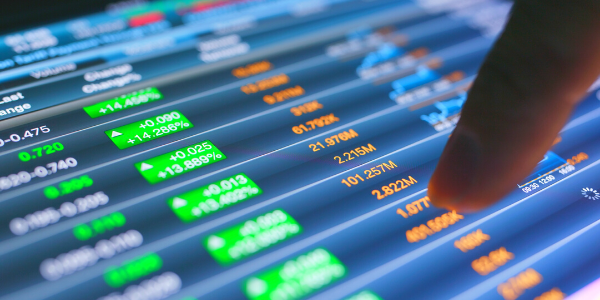 Despite the upheaval of the past year, in investment terms we have started 2021 in much the same position we were 12 months ago – before the pandemic. The extraordinary support provided by central banks has kept the global financial system awash with liquidity. US stock markets are trading at all-time highs, while major equity indices all over the world have rallied to their highest levels in months. Inevitably, corporate earnings underlying equity prices have not kept pace. Market moves have been driven not by current economic reality, but by economic expectations – the promise that strong growth is just around the corner. In the meantime, equity earnings yields are still much better than central bank-suppressed bond yields. This somewhat rational share price exuberance is giving some investors valuation vertigo, believing that markets have become too expensive and fearing that – sooner or later – reality will have to set in.

This is why corporate earnings reports are crucial. We are quite some way into the reporting season for the last quarter of 2020 but, of course, these results give us only a partial hint of where company profits are heading in 2021.

The US equity markets are the world’s largest, and tend to dominate global market moves during reporting seasons. Coming into this earnings season, consensus expectations were that US companies would report an aggregate fall in earnings per share (EPS) of around 10%. But from the early data, those expectations seem to be too bearish.

Earnings surprises can sometimes be a bit of a game, with companies intentionally downgrading EPS forecasts as reporting season approaches, so that they can smash those dour expectations and boost share prices. As such, EPS surprises are usually more important for what they say about direction of travel rather than the absolute numbers.

It is good news, then, that 91% of the S&P 500 companies that have reported so far have beat consensus earnings expectations. That is well ahead of the 75% average rate seen over the last four quarters. The size of these surprises is also impressive. So far, companies are reporting aggregate EPS 21.5% above expectations – compared to the 11.5% average for the last four quarters. In absolute terms, the year-on-year figures still make for dire reading, but Goldman Sachs economists expect that growth still improved relative to Q3, when aggregate EPS for the S&P 500 fell by 8%.

Results and forecasts vary across different sectors, with more cyclical companies expected to post the largest declines. Financials, meanwhile, have fared well. US investment bank Morgan Stanley reported a 51% jump in EPS over the final three months of the year, with revenues and profits both smashing analyst expectations. The results give the bank its highest annual earnings figure and cap a positive earnings season for US investment banks. Goldman Sachs posted similarly buoyant figures, while Bank of America – much more heavily involved in consumer lending – had more muted results. This highlights the different fortunes of America’s investment-focused versus lending-focused banks. The capital market traders have had a good time once again.

Preview reports have suggested the positive surprises are down to overly-pessimistic downgrades in Q2 and Q3 of last year, as well as a better-than-expected macroeconomic backdrop. Policy has been a key support for businesses throughout the pandemic, and this is still very much the case. Extraordinary monetary easing combined with fiscal stimulus measures have staved off the worst case – mass bankruptcies – for many, while allowing those who can, to operate in favourable conditions.

These reporting results are, of course, backward-looking. But the fact that earnings have held up better than expected – even as the pandemic became significantly worse into the year-end – is a positive sign. The first quarter of this year could well be as difficult for businesses and individuals as any during the crisis, but the outlook after that looks significantly better.

Policy will once again prove crucial. The appointment of former US Federal Reserve Chair Janet Yellen as US Treasury Secretary is a sign that monetary and fiscal stimulus will be significant and coordinated – to the benefit of the US economy. Markets have also reacted positively to the Democratic Party taking control of the US Senate, as the Biden administration will now have more power to enact spending measures. Goldman Sachs subsequently upgraded their aggregate EPS forecast for the S&P.

Earnings expectations from here – particularly into Q2 and beyond – will be critical for market movements. The chart on the next page shows Bank of America’s Global Earnings Revision Ratio, which last month jumped to a two-year high. In this sort of environment, equities tend to do very well. According to the bank, this “suggests a sustained earnings recovery could support the next leg of an equity market”.

Our own work, using a slightly different dataset from Factset, shows the revision ratio may have reached a peak a week ago and may have turned slightly lower since. The change in the revision ratio (rather than its level) may be as important for equity prices. Earnings news will have to remain very positive in the latter part of the season to maintain its impact on markets

The enormous variability of current conditions makes judging earnings for this year difficult, but the reports for the end of 2020 tell us that companies are resilient and resourceful. Positive signs are certainly there.