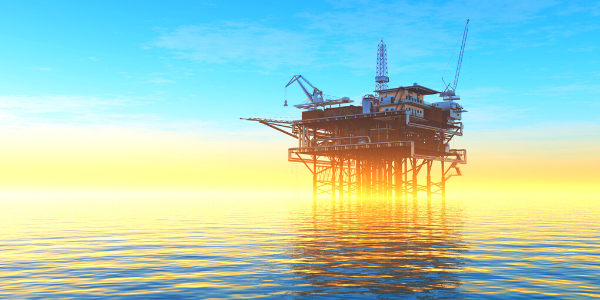 You can wait your whole life for something to change, but when it does, blink and you will miss it. That is how it seems for the energy industry this week, after several huge stories piled the pressure on ‘Big Oil’.

First came an International Energy Agency (IEA) report imploring oil companies to stop all new fossil fuel projects from this year – suggesting this was the only way the world could meet its net- zero carbon target by 2050. Then, ExxonMobil shareholders backed a long-shot activist campaign to install two environmentalists on its board. In a similar vein, on Wednesday Chevron shareholders defied its board members to vote in favour of cutting the company’s carbon footprint. Finally, Royal Dutch Shell lost a landmark legal case in the Netherlands, after a court ruled it must cut emissions faster and harder than it had planned.

Climate concerns are hardly new. But for all of the environmental initiatives pursued over the last few decades, energy companies have rarely had to face direct action over their emissions. Now, oil companies are facing intense pressure from international bodies, the legal system and their shareholders all at the same time. When it rains, it pours.

Let us take these stories in turn. Royal Dutch Shell’s legal loss comes from a small district court in The Hague, where Judge Larisa Alwin ordered it to ensure its emissions are 45% lower in 2030 than they were in 2019. The result will have “far-reaching consequences” for Shell, according to Judge Alwin, who cited its human rights obligation as the reason more drastic action was needed.

Legally speaking, it is hard to say what this result will mean for the future of the world’s big polluters. The ruling is reportedly only binding in the Netherlands and, in any case, Shell has already signalled its intention to challenge the decision at a higher court. That challenge could well be successful. Judge Alwin essentially ruled that Shell was bound by the 2015 Paris Agreement to shoulder a bigger burden of emission slashing – as well as by human rights obligations. But as a non-signatory to that agreement, it is unclear whether the law can be applied to Shell.

Judging from Shell’s share price, investors for now haven taken to a “wait and see” attitude. Even so, the ruling is more significant in what it symbolises than what it dictates. Human rights-based legal cases are increasingly being brought against polluting companies by pressure groups, and this is a high-profile case in which the strategy has worked. It could be a watershed moment for the energy industry, much like the first legal cases brought against big tobacco companies last century.

At the very least, it will embolden climate activists – who are gaining in prominence in the financial world. On this front, we suspect ExxonMobil’s boardroom shake-up may prove even more significant. Exxon, famously one of the biggest and most unrepentant corporate polluters in the world, now has two dissident environmentalists in its boardroom – to the dismay of CEO Darren Woods. It is very rare for a company of Exxon’s size to elect even one dissenting director. But a coalition of activist investors led by hedge fund Engine No.1 – which collectively owns less than 1% of Exxon’s shares – managed to install two of its four candidates. They may even get a third after the final votes are counted.

In any case, the vote was quite an extraordinary display of investor power in the fight against climate change. Oil companies have grown accustomed to bad press over the years, and more recently, pressure from politicians. But they have usually been able to count on their profit- generating abilities to keep investors happy. Now, with a rising tide of environmental, social and governance (ESG) investing, companies are finding it increasingly difficult to attract capital without proving their environmental credentials.

The IEA report is likewise significant, coming from a traditional ally of the oil industry (set up in 1974 to keep a steady and affordable supply of oil flowing to the world). In terms of information, there is not much new in the report: Investment in new fossil fuel discovery needs to stop immediately if the world is to realistically meet its net-zero target by 2050, and renewable energy production has to ramp up massively. But the IEA’s voice will add significant weight to the debate. Tellingly, the organisation has forecasted a $35 per barrel oil price by 2040, signalling that global demand for fossil fuels needs to fall greatly.

A great deal has to happen for that to come true – from legislation to societal changes – but the actions at Exxon and Chevron are a good sign of the investing public’s appetite for change. In both, it is significant that investors have chosen to engage with polluters and change their behaviour, rather than straightforward divestment. In terms of changing incentives around fossil fuels, divestment is an important strategy, but there are dangers with it too.

As a recent FT article highlights, there is a risk that, rather than ‘greenwashing’ – companies becoming more sustainable to improve their image – companies could instead opt for ‘brown- spinning’ – where their heaviest-polluting parts are sold cheaply to hedge funds or private equity groups. When this happens, there is significantly less oversight, with private groups not required to disclose emission figures in the same way as public companies.

It is increasingly accepted that the energy sector and the real economy as a whole are in a transition phase towards the goal of net zero CO2 emissions, which means that the cards are being reshuffled. Some big incumbents in the energy and utilities sectors will adapt and benefit from the evolution, given there are areas of the process where big corporations are needed for the organisational challenge. But there will most likely also be new players who break through with inventions, while tech firms will be vital, too. Those who fail to adjust risk turning into ‘stranded assets’, which is not only a risk for investors, but also for financial stability at large.

Investor engagement and activism will remain an important pillar in the process. But ultimately, there is only so much the ESG investing public can do. As we have written before, big structural changes require a change of incentives – and that can only come once a firm and consistent legal structure is in place. International discussions on CO2 trading regulations and carbon border taxes are a good example of this, but are still in the early stages. Whatever the case, these issues are not going away, and after such an eventful week for Big Oil, it feels like change is bubbling up to the surface.