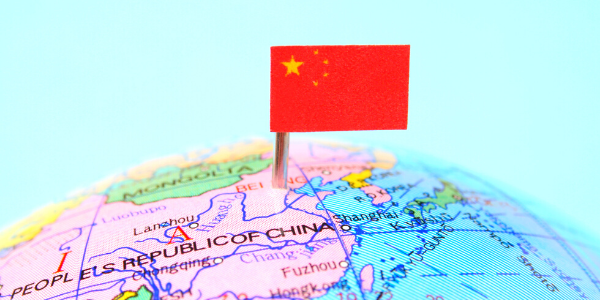 Markets are excited, and expectant, for the global economic recovery later this year. As noted here many times, this brings changes in the prevailing investment parameters – the much-discussed cyclical rotation. Typically, emerging markets (EMs) do well in this environment: strong growth fuels demand for their products and the commodities they export, while financial conditions remain loose enough for companies to take advantage. For that reason, EMs are the classic global growth play.

Now, however, this story is a little more complicated. First, despite markets anticipating a strong recovery at the global level, growth expectations are concentrated on the US. While this in itself is a positive for EMs (as demand filters out) it has also led to a rise in the value of the US dollar in recent weeks – a negative for EM companies, as it raises the cost of their dollar-denominated debts.

Second, and perhaps more importantly, there are a number of different stories unfolding in various EM countries that dampen their particular growth picture. China has disappointed lately, led by a deliberate tightening of policy. The health crisis in Brazil, meanwhile, is well-documented, and is placing severe pressure on its far-right government. Meanwhile, far-right Turkey continues to frustrate investors with its erratic policy decisions, after President Erdogan fired his third central bank governor in succession, prompting even more selling of the Turkish lira.

Even so, none of this is to suggest that the overall EM outlook is bad. A strong global economy combined with fiscal largesse in the US is inevitably a good thing for EMs. Rather, the point is that the ‘EM’ label is not so useful at the moment. “Look at EMs individually, not as a whole” is everyday advice in the investment sphere, but it is arguably become much more relevant in recent years. The average correlation between EM equities fell substantially through the latter part of last year, and remains at a low level.

China is the perfect case in point. The world’s most populous nation is a huge part of any EM investment allocation – with its assets making up more than half of the MSCI EM index. And yet, it is increasingly hard to argue why the world’s second-largest economy (the largest, when adjusted for purchasing power), with an equity market nearly four times bigger than the UK’s by market capitalisation, still deserves to be considered ‘emerging’.

The People’s Republic has seen rapid technological development over the last two decades, with Chinese companies climbing the value chain, and with a sizeable middle class. The average Chinese citizen is still not rich by developed world standards, but its economy does not behave anything like the stereotypical EM. Growth is increasingly driven by domestic demand and internal policy, with a much lower reliance on exports than in the past.

China’s inward turn is unlike almost all economies outside of the US, and shows no sign of slowing down. While Donald Trump was president, US trade and foreign policy toward China became increasingly hostile, driving an increasingly isolationist response. The Biden administration has not let up this pressure, pushing China on contentious issues such as Hong Kong, Taiwan and many others. But it has been interesting to see the extent to which the breaking of ties has been pushed by the Chinese government itself. This has been accelerated by the pandemic, but President Xi clearly wants China to return to relying more on its own savings and institutions – as it did for most of its history.

In recent years, we have become accustomed to government-led stimulus creating huge Chinese growth and driving EMs – and the global economy – forward. This is not the case now. Authorities seem content to continue their deleveraging process and let China be a passenger in the global recovery. Leading the pack instead is the US, where a significant fiscal boost and rapid vaccination programme is pushing growth out to the world.

All of this is to say that China no longer behaves like an EM, and we should not even expect it to be strongly correlated with other EMs. Something similar can be said about neighbouring Taiwan and South Korea, which are extremely well developed and dominated by tech companies, and yet still count as ‘emerging’ in many asset allocations (the two make up the second and third largest share of MSCI EM stocks, for example). As such, it is hard to draw any high-level outlook on EMs, without first splitting out China – and perhaps its surrounding Asian nations also.

When taking China out of the mix, the case for EMs looks good. But even here there are many idiosyncracies. Turkey’s political turmoil has made it virtually un-investable, while Brazil’s struggles and Russia’s diplomatic scandals continue to weigh them down respectively. Overall, inflation and growth are certainly returning across many EMs. This is a positive, but may create difficulties for central banks down the line. How they respond could be the key differentiator.