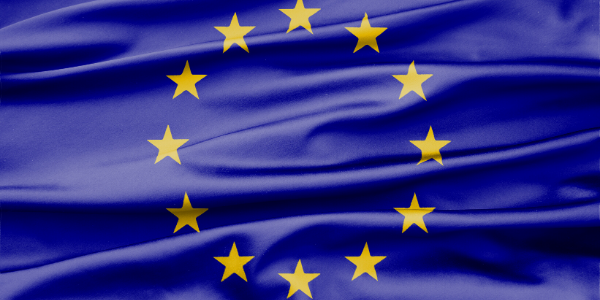 European Union (EU) leaders never let a crisis ruin a good argument. With the global pandemic forcing Europe’s economy into its worse slump since the second world war, EU heads of state butted heads during a tense Brussels summit, for four days and four nights. Their aim was to agree terms on a coordinated spending package to aid EU recovery. And, in the early hours of Tuesday morning, the deadlock was broken as they reached a deal on the landmark €750 bn recovery fund. Some may only view it as a formality, but the EU and national parliaments still have to approve the project.

The size of the fund remains unchanged from the European Commission’s original proposal, with the remarkable feature that the money will be raised in capital markets, with the EU issuing considerably more bonds than ever before. This means the supranational European bond market will deepen with this initiative.

On the spending side, Brussels’ top Eurocrats can now spend considerably more from 2021 to 2023 (with some front-loading into 2021/22) but will not have to pay back their debt until 2058 (the repayment schedule goes from 2026 to 2058). Concessions were made on how Brussels can disburse the money; €360bn is now allocated for loans – up from the recommended €250bn – while the funds earmarked for grants and guarantees has correspondingly been reduced to €390bn. Of that, €312.5bn will go into the EU’s Recovery and Resilience Facility, allowing member states to directly invest in their own recovery and modernise their economies. The remaining €77.5bn will go towards topping up the Commission’s usual budgetary programs.

As this is meant to be a policy of redistribution, the countries benefiting most from the plan are the Southern and Eastern member states. There are also a few questions on how the borrowing will be paid back: through future EU budgets or with the EU moving towards a proper EU tax (for example on tech multi-national, plastic), something the Commission has been pushing for.

Supporters of the deal heralded its historic significance. French President Emmanuel Macron, a long-time proponent of a fiscal union in Europe, claimed the support package “changes everything because we’re creating a budget in the eurozone,” adding that “These are legitimate transfers, so this is indeed a moment of great change for Europe”. Dutch Premier Mark Rutte flatly rejected that the fund constituted fiscal transfers, claiming that it is “a one-off”.

The so-called ‘Frugal Four’ – the fiscally conservative countries of Austria, Denmark, the Netherlands and Sweden – were, as usual, the main opposition to further spending measures (or to be fair, to how money is being disbursed). Other than adjusting down the grant allocation, the most significant concession they won was on rebates – a contentious issue often pushed by British prime ministers in the past. Austria came away from negotiations with a doubling of their agreed discount, prompting Macron to make unfavourable comparisons to David Cameron’s tactics years ago. In return, the frugal states had to give up on a veto for disbursing money to member states should they not comply with a set of country specific reform and macro variables. This has now been replaced with a supervision mechanism, which ultimately lies with the Council and therefore carries a political element.

These concessions, and the usual political gridlock in Brussels, should temper any suggestion that this deal ushers in a new era of fiscal union. But aside from political friction, there are concerns over the effectiveness of the new measures. Generous spending plans are all for nought if the money cannot get to where it is needed. Domestic and national governance can be an issue, but also adequate projects have to be found. In this context, it is worth noting that the actual payment into investment projects can be extended until 2026. So, this underlines again the medium to long- term nature of the recovery initiative. And if this wasn’t already complicated enough: some also wonder whether member states will make use of all the loans, as obviously they are likely to focus first on the grants.

We underline again at this point that the recovery fund is not, first and foremost, a pandemic bridging plan. Europe’s politicians have been keen to stress that these measures are needed to recover and rebuild in the wake of the continent’s lockdown, but the loans, grants and guarantees on offer are not just a way of plugging the gap between now and normality. This much we can see in the start date of the plans alone.

The Commission’s fiscal spending will not kick in until 2021, by which time – hopefully – Europe will be firmly on its way back to normal. These measures are instead for what comes after – to address the tightening of credit conditions and downward spiral of sentiment that would normally follow from a shock like this. As such, the focus will most likely be on large infrastructure projects and investment aimed at improving productivity over the medium and long-term.

Those sorts of projects take longer to have a positive economic effect, but they are also easier to achieve through the usual channels than the ‘get cash out quick’ measures we have seen so far throughout the pandemic. Oversight of these projects should also prove somewhat easier, given they are directed by national governments.

As such, the Commission’s spending plan is a long-term positive for Europe, with poorer or less modernised countries in the South and East the key beneficiaries. And, even in the short-term, it will be a positive for firms in the industrials sector – which stand to benefit from investment and infrastructure spending. Capital markets seem to agree here, given price moves this week. The Euro has now moved higher against global currencies, with Germany’s DAX index – which includes many industrial firms – also rallying.

Enthusiasm on Europe should be tempered, as ever, given the longstanding political frictions and structural economic problems. But we remain cautiously optimistic. Before the COVID crisis set in, an agreement like this would have been unthinkable. That it took this level of shock for it to happen is testament to the fact Europe integrates one crisis at a time. But it is still a step forward.