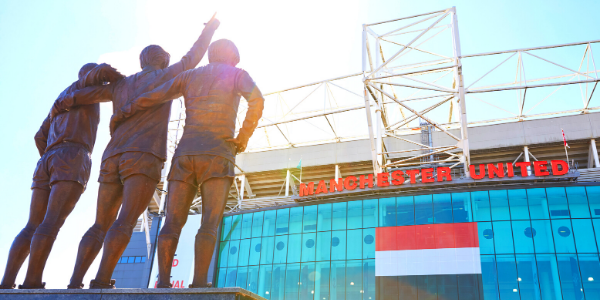 It has been an astounding few days in the sporting world, and if you don’t want to see the scores, look away now. After a renegade bunch of Europe’s biggest football clubs announced plans to break away to build their own league, only for the whole enterprise to fall apart as quickly as it appeared – after an alliance of fans, football authorities, media outlets and even the UK government expressed their disdain. One-nil to the fans, or so the media narrative goes.

The epic fail of the football fat-cats is perhaps a romanticised view of things. Events may have gone differently had the club owners offered a slice of the promised profits to the big sports media outlets and organisations. But whatever the case, two parts of the story stick out. First, it was incredible to see so many disparate groups – fans and political parties of all stripes, together with sports professionals and major media executives – agree so strongly. Second, and perhaps more astounding, was the speed and force of the British government’s response, effectively pledging to use legal and legislative tools to prevent anything like this happening again.

From an investment perspective, that spirit of interventionism is significant. The Super League drama is certainly a special case – a hugely popular national institution being threatened by what many see as simple greed – and one that gives politicians ample opportunity to score points. But it is part of a trend reversal in politics both here and across the world. Since the 1980s, laissez- faire ‘neoliberalism’ has been the default mode of Western government, and successive politicians have been reluctant to step into free market affairs. But such interventions are increasingly being seen as a standard part of the government toolbox. From big-tech busting to vaccine rollouts and even sport, political deference to the private sector is drying up fast.

Nowhere is this more apparent than in environmental policy. This week, leaders from 40 of the world’s largest economies joined a virtual summit on ways to tackle climate change on a global scale. Ahead of talks, the British government has been keen to show its ambition in terms of cutting emissions, pledging that, by 2035, UK emissions would be 78% lower than in 1990. But it was Joe Biden that stole the headlines on Thursday, promising to half America’s emissions by the end of the decade. This effectively doubles the previous US target and could be hugely significant – coming from the world’s second-largest CO2 emitter.

Grand statements on climate change have been a common theme from world leaders for several decades, but the intent from the current generation seems more wholehearted. What is interesting in the proposals is not just the big targets, but how they plan on reaching them. Both here and across the Atlantic, policymakers have drawn up measures to invest heavily in green infrastructure, including detailed plans on insulating homes, alternative energy sources and much more.

Beyond the government-led investment, though, is a firm recognition that the private sector and private capital will be needed to push forward the huge global transition. Ahead of the summit, US climate envoy John Kerry revealed US banks have committed $4.15 trillion of investment to fund low carbon projects by 2030, while US asset managers have pledged over $19 trillion. Kerry told the Financial Times that, if all goes well at the summit, economies accounting for around 60% of global GDP would be committed to net-zero emissions by 2050.

Kerry, along with US Treasury Secretary Janet Yellen, has also thrown American weight behind the new Glasgow Financial Alliance for Net Zero – snappily abbreviated Gfanz – a group of 160 private companies from all over the world that has promised to cut the carbon footprint of their investments. Gfanz, chaired by former Bank of England Governor Mark Carney, represents banks and businesses with over $70 trillion in assets.

It is hard to overstate how important the global financial system is for the fight against climate change. Governments can spend big on green infrastructure all they like, but polluting projects will continue to go ahead as long as there is financial incentive to do so. This problem has caused more than $3.8 trillion to flow into fossil fuel projects since the Paris Agreement was signed in 2015. To make the changes promised, we will need to see a structural shift from global companies beyond what any one government is capable of doing. And ultimately, that will only happen if it becomes more profitable to invest in green energy than in polluting industries.

That is precisely what global leaders’ current plans are aimed at. Carbon taxes and subsidies for green projects are nothing new, but by drawing up detailed governance systems for emissions, governments are clearly trying to disincentivise fossil fuel activities as much as possible, while pushing the incentives into greener energy. The plans are far from perfect, and there are a host of teething issues – from coordinating international ‘taxonomies’ to the widespread ‘greenwashing’ attempts to conceal emission statistics. But from a purely investment perspective, what it tells us is that the trend toward environmental or ethical investment is going full steam ahead.

In recent years, we have seen a huge uptick in demand for ESG (environmental, social and governance) investments. Part of this is down to growing ethical concerns from investors, but another part is simply that markets think ESG investments will be profitable down the line. If the green revolution really is upon us, they could well be right. And now that we are seeing governments intervene on an unprecedented scale to help the shift, their relative attractiveness should grow. Against this positive backdrop – and with interventionist politicians eager to support them – environmental companies have a real sporting chance.