Italy’s Super Mario off to a strong start 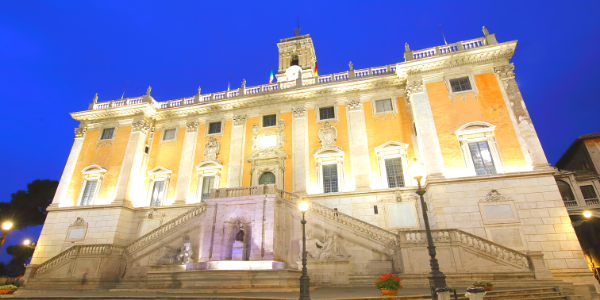 In the midst of political and economic crises, the Italian president has asked an economist named Mario to form a technocratic government – a headline that works today as well as it did back in 2011. But despite the numerous parallels between Mario Draghi’s recent appointment to Italy’s top job and the appointment of Mario Monti ten years ago (both inherited a spiralling national debt pile from a controversial prime minister), the current premier has something none of his modern predecessors have enjoyed: an outstanding reputation in international capital markets. Mario Draghi, the former European Central Bank president that Paul Krugman once described as “the greatest central banker of modern times”, takes leadership of a country and economy in turmoil, but markets are certainly confident that he can do “whatever it takes” yet again.

Following the resignation of prime minister Giuseppe Conte, and the collapse of Italy’s last coalition government, Draghi was asked to steer the country out of crisis. Italian bonds rallied and yields fell as a result, as investors became optimistic about the former central banker’s turnaround management skills. Such is Draghi’s prestige, Bloomberg reported he “took less than a week to turn the political system on its head and boost the country’s standing in financial markets”.

The boost is sorely needed. Italy has been one of the worst affected countries during the pandemic, with one of the highest death tolls and multiple damaging lockdowns, but the country’s problems go well beyond the virus. The Eurozone’s third largest economy has struggled with low productivity and growth for over a decade. Its sizable government debt pile continues to grow, and its banking sector is burdened with swathes of non-performing loans – preventing it from engaging in productive lending.

There are many reasons for this. A prolonged hangover from the financial crisis, a cumbersome legal and governance system and multiple budget confrontations with the European Union, but the end result is that Italy has underperformed its European and global peers for more than 20 years. After decades of stagnation, Italy’s real GDP is now smaller than it was in 2000 (the chart below compares GDP development for Italy (white line) with Germany (yellow) and the US (green).

Despite that non-existent growth, labour costs have continued to rise – meaning Italian businesses lack competitive edge – with less money was available for business investment. As the chart below shows, Italy’s unit labour costs have risen higher than both Germany and the US over the last two decades.

Italy also has one of the highest debt-to-GDP ratios in the Eurozone, with government debt totalling almost 160% of its economy. In the past, Brussels has pressured Italian leaders to enact cost- cutting reforms and trim public spending. But spending is not the main problem. Contrary to what is sometimes portrayed in the media, the Italian government is not a particularly generous spender. In fact, politicians in Rome have proven themselves very prudent fiscal spenders over the years, with a primary budget balance better than most European peers. Indeed, until the pandemic hit, Italy has had a consistent history of running a primary budget surplus.

The reason for Italy’s large national debt is not so much the money it is handing out, but the potential tax receipts it can take it. Economists rate the country’s medium-term growth prospects as zero at best – with some even expecting Italy to contract. Without a strong impetus for growth, Italians are trapped under debt built up in the past – on both the private and public side (see previous article for the debt dynamics from economic growth).

Addressing the cost competitiveness issue could certainly help spur activity, but Italy’s malaise goes deeper. It has a heavy bureaucracy and a slow judicial system, which has made bankruptcies in particular a nightmare to resolve. Italy also suffers from a dearth of research and development, which puts a great dampener on productivity growth. This goes hand in hand with Italy’s lack of digital infrastructure and IT adaption, as well as problems in the education system. Some of the malaise is summarised in the fact that in the World Bank’s Ease of Doing Business index, Chinahas overtaken Italy.

The banking system is another formidable problem. Not only are Italy’s banks ailing under the weight of historic non-performing loans, but their fragmentation also makes it difficult for small and medium-sized businesses to access adequate financing. All in all, these factors make it extremely difficult for Italian businesses to grow.

This is the task that Draghi faces: a country and continent in crisis in need of deep structural reform. Fortunately, those are circumstances the former ECB president will be familiar with. His priority will be to utilise the money available from the EU’s recovery fund, which he has wasted no time in addressing. After winning confidence votes in Italy’s parliament, Draghi raised optimism about the prospect for productive public investment: “For the first time in many years, the state can make significant investments with the only restriction that they be made well, meaning that they increase the growth of the country and therefore contribute also to making our debt sustainable,”

Crucially, Draghi understands debt management is about more than just cost-cutting, highlighting that, with bond yields as low as they are, “it is not interest rates that determine the sustainability of public debt, it is the growth rate of a country” (again refer to previous article).

This is hardly a new argument, but Draghi has the reputation and the opportunity to enact reforms and boost growth more than his predecessors could manage. Italy is currently benefitting from immense support from the ECB, but that support will eventually run out – threatening to cause a jump in Italian bond yields. Now is the window for reform, while bond yields are pinned down and EU budget rules temporarily suspended. Markets, at least, seem confident that he can do it. 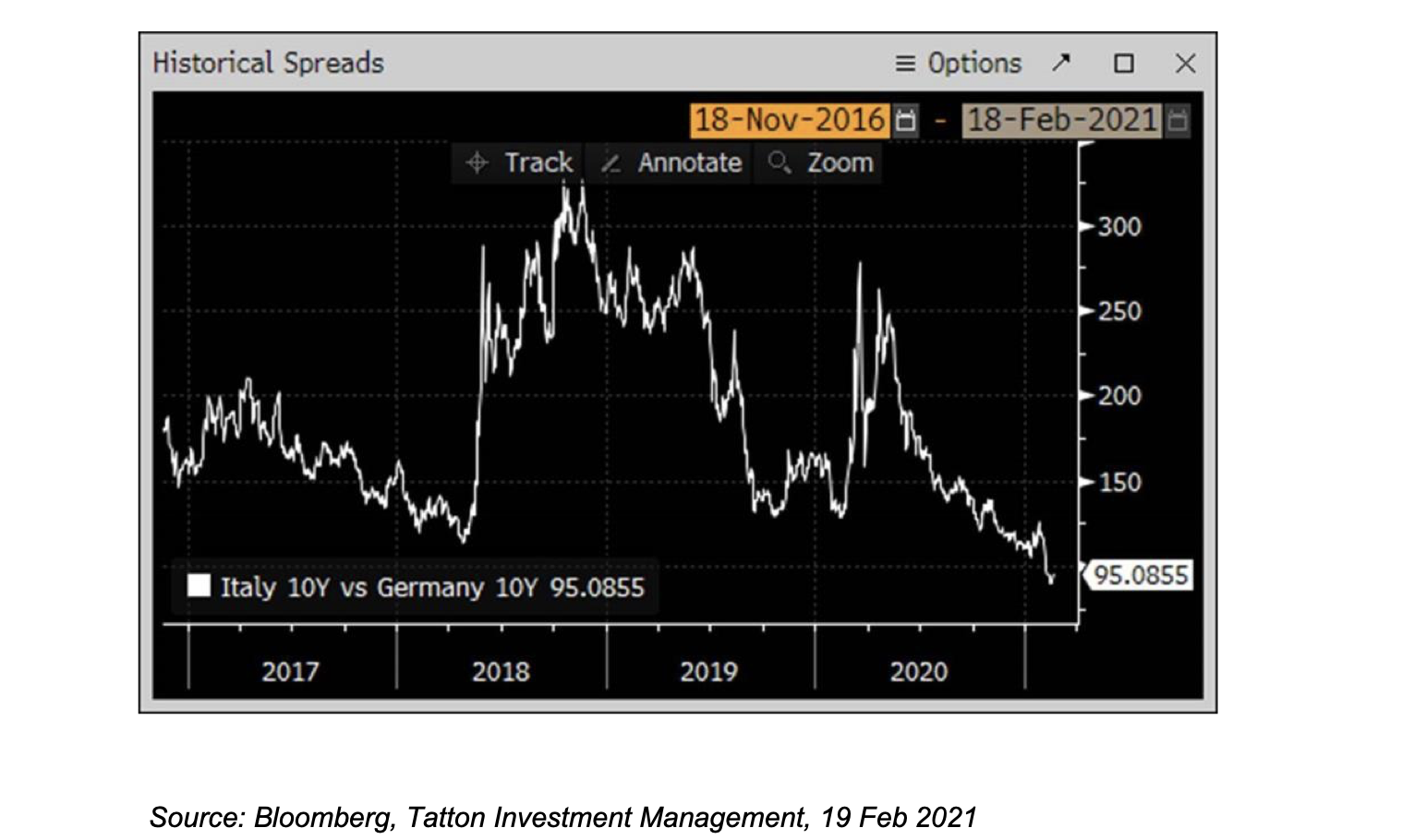