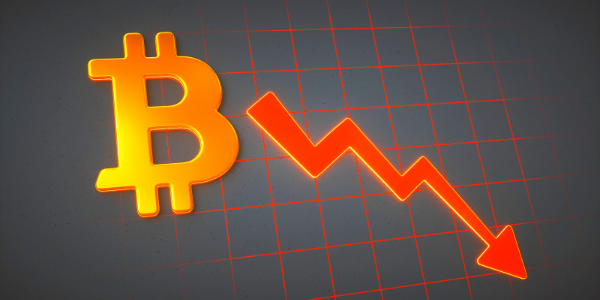 Beyond the directly virus-related stories, the week’s news has been dominated by cryptocurrency shenanigans and the return of outright war in the Middle East. Cryptos are the “Reality TV” version of markets – hugely fascinating but having not much to do with reality – and largely purchased by believers and speculators, rather than investors. Having covered the phenomenon at length in past editions, this week we will leave the commentary to others.

Reality of a different sort, the flaring up of hostilities in the Middle East, is immensely sad. The human tragedy is apparent, but is yet to have wider contagion. While we discuss it greatly, its impact on markets is currently small. It does pose some problems for Western governments, particularly for the US administration, hampering its ability to influence other emerging nations throughout the world. China’s influence continues to expand and is further aided by the Middle-East problems, especially in Africa where an Islamist surge is creating havoc. Much as the Israel-Palestine problems are awful, the Ethiopia-Eritrea situation is just as, if not more deadly, damaging and urgent.

For markets, the week’s economic news cycle was far more upbeat. The European nations’ “flash” purchasing manager survey results of business sentiment released this morning highlighted growing optimism. Europe is catching up, possibly heading the way of the US in achieving rapid growth. Our separate article takes a closer look at this uptrend, but also what may hold it back.
Meanwhile, the US may have passed its peak of optimism. Weekly jobs data is still indicating an improving employment market, but the pace of improvement has slowed. Many will take comfort from this, given employers have recently found it challenging to find employees amid the scramble to reopen. A more considered moderate environment is probably healthy. As a consequence, the recent narrative of inflation also reached a peak last week and markets were nervy. This week those nerves have been calmed.

The minutes of the US Federal Reserve Open Market Committee (FOMC) meeting told us that the pressure is mounting from some members that the time is coming for the Fed to discuss whether it needs to alter its stance and begin to pare back bond purchases. That is not a surprising thing to say (what’s the point of a meeting where members don’t share different opinions?) and does not appear too indicative of a growing hawkishness – which is probably why markets glossed over what many commentators insisted on describing as a “hawkish” set of minutes.

Certainly, it is not indicative of a repeat of the 2013 announcement that sparked the bond market “Taper Tantrum”. Bonds wobbled around a bit, but long yields ended up lower, not higher on the week. Indeed, investors have taken heart. The Fed is moderate in its quest for higher growth and will not allow inflation expectations to spiral upwards on short-term price-push observations as certain post-pandemic supply bottlenecks meet supernormal, ‘de-mob happy’ consumer demand.

In contrast to the crypto crash, the relative steadiness of general risk asset markets that ensured stock markets closed higher on the week appears an encouraging sign that markets are not considered as extended by investors as feared. The cooling of the speculative end of market can therefore be interpreted as a sign of stability and relative ease with prevailing valuations. Commodity prices falling back – without any obvious signs for a change in demand – is one of those speculative movements that actually carry positive relevance for the real economy.

Market valuations continue to demonstrate that perhaps those ‘optimistic’ analyst expectations were still not optimistic enough. The economic dataflow underpins this notion further, as it tells us of a formidable recovery of activity that is strongly supported by unspent monetary and fiscal support. To sum up, we have been happy to see some of the speculative froth come off over the course of May, without bond yields being overly affected. To us, this is an encouraging sign that investors are refocusing on the real sources of long-term returns, namely economic activity levels, rather than the flow of ‘hot’ money.

However, it would be naïve to assume that this relative levelheadedness after an extended period of absolutely unprecedented levels of monetary and fiscal stimulus means we are already on safe ground. The risk that markets overinterpret future central bank communications as the beginnings of a policy error, or declare a temporary fall in the upwards trajectory of the economy as a looming downturn, will be with us for the foreseeable future. In other words, this week has shown there is perhaps a bit less reason to be overly concerned about the risk of extended market valuations, but equally, complacency would be just as ill-advised.