No UK double dip, but much talk of bubbles 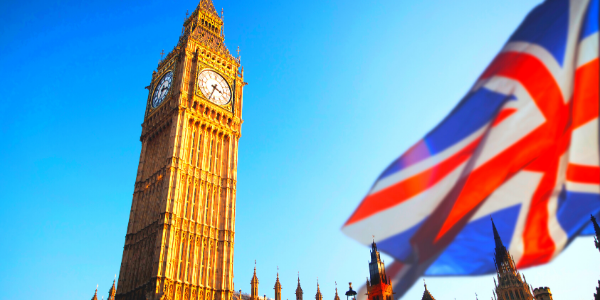 ‘Worst recession in 300 years’ was how UK media framed Friday’s release of UK GDP growth data for the last quarter of 2020. They were also quick to point out that the -9.9% full-year number was far worse than any other major industrialised nation around the world. What they only reported far further down in their articles was that compared to Q3, the economy had grown +1% in the last quarter of 2020, meaningfully above economists’ expectations of +0.5%. Some had expected contraction and a ‘double- dip’ recession of two consecutive quarters of negative growth (since this current quarter will see a contraction of around -2.5% because of lockdown). That’s no longer on the cards as Q2 is highly likely to rebound sharply (current estimates are for +5%).

The media also failed to mention that, in the UK, the public sector’s contribution to GDP is now accounted for by public sector output (education lessons delivered, medical operations performed, etc.) rather than – as measured by the rest of the world – wages paid. This has been shown to have made a difference in magnitude quite similar to the UK’s apparent GDP underperformance.

Regardless, following the stock market’s strong outperformance over the last two months of 2020, these last two months the UK appears to have fallen back into its previous rut of under- performance compared to international peers. Given the forward-looking nature of stock markets, this will hardly have been caused by last year’s dire GDP numbers. Therefore, the question is what has changed compared to the pre-Christmas period? Is it the Brexit reality, is it declining vaccine dividend prospects or might it be UK companies’ high dependence on the cyclical end of the global economy?

As usual, the answer is not so straightforward. At least the relative strengthening in £-sterling throughout would suggest international investors still believe the UK should have a near-term advantage of being the global vaccination leader among high population countries. On the other hand, the delay in the onset of the post-pandemic recovery due to slow vaccine rollouts elsewhere has also delayed (although not reduced the extent of) global cyclical recovery expectations, which may have acted as a dampener for the UK’s multinationals.

Among the more domestic-oriented market segments, however, optimism has faded. This is due to mixed messages from the government about what should happen once all those individuals classified as ‘COVID vulnerable’ have been vaccinated, and infection as well as fatality numbers fall back to where they were last summer. Boris Johnson’s message, not to book any summer holidays yet, was the culmination of the government’s muddled messaging to a population tired of lockdown and desperately seeking clarification on when freedoms will be granted.

Despite continued assurances about being led by the science, it would appear the government did not consider the scientific logic that it may be impossible to completely eradicate the COVID-19 virus – even once the majority of the population has been vaccinated. Epidemiologists like microbiologist professor Paul Hunter (University of East Anglia and World Health Organisation adviser) have gone on record with the BBC stating we will have to learn to live with the virus. Hunter also explained that previous virus strands (pre COVID-19) have always lost, not gained, in their level of danger to human health as they mutated. Vaccinations have continued to provide sufficient protection, even against the mutations, leading ultimately to having no more severity than seasonal flu.

It is understandable that governments want to prevent any further flip-flopping between relaxation of restrictions and continued lockdowns, but as Hunter suggested, there is little medical reason for continued strict travel restrictions once all those vulnerable to the early more lethal COVID-19 strands have been vaccinated. We will probably have to get used to regular rounds of COVID vaccinations every autumn. But at some point – and especially once the public health impact has been reduced to the level of the usual seasonal flu threat – societies must be allowed to return to a more normal life.

Across the Atlantic, the retail investor frenzy of “short-squeezing” stocks with the worst prospects (and therefore at the most shorted end of the market spectrum) has continued to recede, with the share price of the now-infamous GameStop falling further back towards where it started the year. This week, their fancy has been taken (yet again) by the melding of two great favourites. Bitcoin was back in the headlines after maverick entrepreneur Elon Musk’s electric car company Tesla disclosed it had joined the Bitcoin mania with a substantial $1.5 billion balance sheet holding.

Not surprisingly, there are now regular voices equating the increasing frequency of these speculative bubbles and selective financial manias to harbingers of a general asset price bubble – gearing up to the predictable crash effect on markets further down the line. Our third article this week discusses in more detail the effects of this flow of money from various investor groups. Regarding what recent financial manias tell us about the state of wider markets, we would like to point to the aftermath of the Global Financial Crisis and the negative side effects of the first rounds of extraordinary monetary easing by central banks.

Back then, commodity markets were herded into a speculative bubble. When the bubble burst, it caused collateral damage to all those in manufacturing who supplied those sectors. It is an unfortunate fact that – just like any strong medicine – the very necessary and effective measures taken by central banks and governments to bridge the void opened by COVID come with some undesired side effects.

Therefore, the situation requires professional investors to be on their guard about localised asset bubbles. But as our other article this week lays out, current improvements in stock market sentiment are very squarely driven by improving expectations about the global economy, and therefore tethered to market valuation principles rather than speculative flights of fancy.