One year on – who would have thought 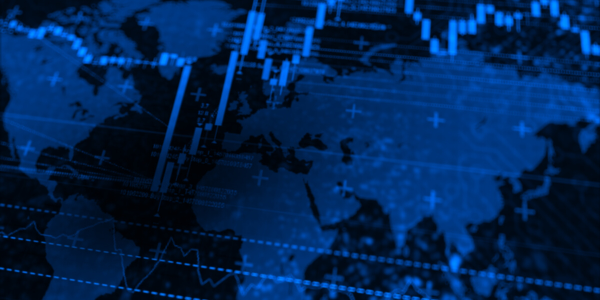 Exactly one year ago, on 19 February 2020, stock markets hit their pre-pandemic high. Over the five weeks that followed, markets plunged in the most extreme global market crash ever known, as the world accepted that COVID-19 was a threat of unprecedented dimensions. Looking back, it seems impossible anyone could have even broadly predicted what would happen over the following 12 months. The best – and the worst – that defines the human race emerged, and we can all agree 2020 is now one of those ‘before and after’ markers, like World War I and World War II that we use to map the progression of collective society.

At the same time, it is worth observing that some of the basic forecasts we made during the most tumultuous weeks of February and March 2020 have proven quite accurate, particularly that this would not be a classic recessionary period, but one that could potentially prove far more short-lived than seemed possible back then. That has certainly been the case, and while our assertions that globally diversified investment portfolios without specific style biases were likely to weather the storm well – which they clearly did – we neither foresaw nor dared to hope just how brief the capital market disruption would be. Nor could we foresee just how long, and how severely, the pandemic would disrupt our daily lives.

We would suggest that learnings from the global financial crisis of 2008/2009, and the impaired growth dynamics that followed, led to the extraordinarily timely and decisive policy actions undertaken in March and April of last year. Admittedly, there are sectors that have nevertheless suffered severely, and may take years to recover. However, without the combined efforts of monetary policy from central banks and government-led fiscal support measures, it is highly unlikely that just 12 months later there would have been a near consensus expectation among economists that a substantial recovery, if not economic boom, would follow.

Paradoxically, just like a year ago, that means that there is a significant change in investment dynamics ahead. Market commentators are snappily summarising this as the ‘return of the reflation trade’. Over the past week, we again got a glimpse of what may lay ahead, when the FTSE 100 index jumped more than 2.5% in a day, while most other stock markets chalked up far more modest moves. As commented before, the top end of the UK stock market is full of companies that are highly depended on cyclical economic forces in the global economy, like energy, resources and banks.

When the oil price climbed due to anticipation of a strengthening cyclical recovery and a looming supply shortage after a cold spell hit America’s southern oil exploration heartlands, this struck many professional investors as a sign that the cyclical recovery is gaining momentum that will benefit last year’s least loved sectors, some of which still linger close to their 12-month lows.

In this context, ‘reflation’ simply means a reversal of deflation, and signals a change in the direction of travel in bond yields. Indeed, the bigger market movement of the week was a rise in yields across global regions and maturities (yes, far more meaningful than Bitcoin breaking through the $50,000 barrier for the first time). Markets are beginning to expect the recovery in demand will be strong enough to push up general price levels of goods and services, with the resulting risk of this turning into structural inflation proving sufficient for bond holders to demand higher yields.

As we have written before, a normalisation of bond yields is not a bad thing per se, except that if they rise quicker than corporate profits rebound it they can smother the recovery. More importantly for investors, it means long maturity bonds lose in capital value and equities are no longer ‘the only show in town’. The last time yields spiked was the last week of January, although this time equities did not react anywhere nearly as negatively across the board. But make no mistake, the reflation trade theme also spells trouble for those companies that have benefitted from falling yields. These ‘COVID-darlings’ with ever rising valuation levels over the past year – particularly low capital-intensive growth and tech stocks – are now facing headwinds that can only be overcome by offsetting earnings growth.

Such rotational forces are market dynamics that we positioned our portfolios for since last autumn. They may well become the bigger contributors to portfolio returns compared to overall market levels, which recovered last year in anticipation of the economic recovery that is only just starting. Bond investors may therefore not have much to look forward to, but investors with diversified portfolios should once again be best positioned for the changing fortunes in global capital markets. We will certainly make sure to manage portfolios through the changing winds. Just as we tilted them last year towards a slight growth bias, and kept them equity overweight, we have now shifted portfolios in favour of the cyclical recovery theme. With central banks determined to counter rising yield pressures to prevent a slow recovery that would stifle the impact of its policy response, we think it is still too early to take the next step, which would anticipate a sustained rebound of stocks most benefitting from higher yields – namely choosing value over growth. However, if higher economic growth persists beyond the initial rebound, and becomes firmly entrenched, then a further rotation is on the cards.

Policymakers reacted in timely fashion last year because of what they learned a decade earlier. This year, they appear content to remain on the same course, and – when it comes to post-recession stimulus measures –would prefer to err on the side of largesse rather than thrift. The aim appears to be a much more pronounced growth trajectory which would not just benefit the few, but would help all levels of society to overcome the frictions and divisions that now appear as disruptive to the economy as perhaps inflation was in bygone eras.

Should the post-pandemic recovery succeed (echoing the post-1945 US expansion) and we see economic growth rather than stagflation prevail, then investors should continue to see decent returns from rising corporate earnings that effectively neutralise the headwind effect of rising yields. This leaves the question of how to pay for it all, and the rising fears amongst non-economists and non-central bankers about the long-term perils of ever-growing public debt mountains. We have therefore this week dedicated an in-depth article on this topic.