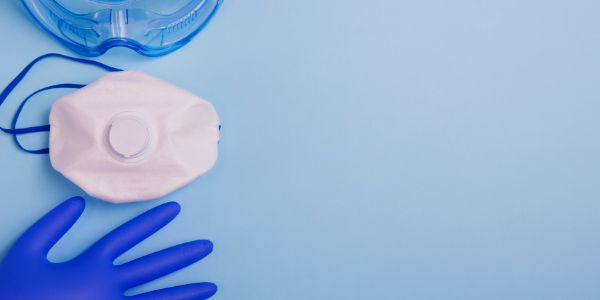 In this delicate economic and financial environment, the world of politics can have a big impact on capital markets. This week, we saw both heads of that political beast, with news stories first buoying and then bruising market sentiment. Earlier in the week, Europe’s top politicians slogged through marathon negotiations to reach a historic deal on a €750bn common budget designed to spur recovery from the deepest recession since World War Two. We cover this in more detail separately below, but suffice to say that investors took it well, with the Euro gaining on other global currencies.

Then came the bad. Tensions between the US and China escalated further this week, as the Trump administration closed a Chinese consulate in Houston and US Secretary of State Mike Pompeo called on western nations to take a firmer line against China. Each day it becomes harder to see a path to de-escalation, and the recent flare of tensions brought up the rhetoric of a ‘new cold war’ between the world’s two largest economies. That weighed heavily on stock markets globally, despite a better-than-expected showing in the US corporate earnings season so far.

Interestingly, the shifting sentiment in markets has been neatly reflected in the fates of two assets: the Euro and precious metals. We devote separate articles to both this week, but it’s worth reflecting here on what their fates mean for economic growth and financial markets.

One can argue about how effective the recovery fund hammered out by the European Union (EU) will be. It is also worth remembering that the EU’s potential growth remains relatively low. But the fact that markets turned positive on the Euro shows that they see this week’s announcement as an improvement on the continent’s medium-term growth prospects. The virus crisis – and its potential scarring effects – give many reasons to be pessimistic about global growth, at least over the next few years, but forceful and timely interventions from governments (aided by generouscentral banks) have been crucial lifelines, and the EU’s current plan has added another.

As noted recently, there are reasons to expect an improvement in the prospects for European growth. After China, Europe was the second hotspot of the pandemic, and is now firmly on its way out of lockdown (albeit with some well-publicised local outbreaks). What’s more, due to the export- heavy makeup of its industries, firms on the continent are well-placed to take advantage of a rebound in global growth. When you add in the possibility of a fiscal push to unleash Europe’s demand potential, European assets look well placed.

Compare this with China, which has similar sensitivity to global economic activity, without the huge central bank liquidity push of some of its peers, but with an extra dose of major political tension. In economic terms, recent data out of China has looked positive and, despite the lack of monetary largesse, Beijing has bent its internal savings and banking systems to push capital towards another large investment programme. China’s currency, the Renminbi, is the strongest indicator of normality on the global trade front and has been doing well against the falling trade-weighted US dollar level.

Gold – the quintessential ‘safe-haven’ asset – has been on a good run throughout the crisis, as one might expect, and, as two of the world’s most economically and militarily powerful countries continue to ratchet up tensions, its rally has continued. However, as we cover in a separate article, the price of other metals – particularly copper, used extensively in technology building – have been going even higher in recent weeks. We suspect this is a great deal to do with China’s extensive infrastructure spending, which, despite global political concerns, does seem to be leading the way in terms of industrial activity.

Even on the trade front, relations between China and the US are doing much better than global headlines would suggest. For example, this week China bought the largest ever single-day amount of US agricultural products, a success that President Trump flagged in one of his daily pandemic updates.

Domestically, Chinese growth is substantially stronger than any other of the large blocs – even though consumption is weaker than its government would have hoped. Employment levels in the services sector are likely to catch up soon, though they are lagging for now. But for all this domestic strength, the export side of their economy remains weak, with Baltic freight shipping rates having peaked a few weeks ago.

In normal times, Chinese assets would be a definite buy, given the global backdrop. But the US conflict has compromised this, and neither side are looking to back down. According to Professor Rory Medcalf of the Australian National University, China has “almost created a dynamic where it has to be externally assertive in order for the party to maintain control domestically, so there’s almost a kind of impulse of clashing with the interests, values and sensitivities of other countries”. The rise of tensions also threatens to undermine the free flow of capital, and the possibility that this happens sometime soon is affecting the willingness of investors to chase the opportunity. That includes us.

Capital markets have reacted negatively to these political factors in the latter part of the week. But overall, the signals coming from markets this week have been mixed – just like the underlying economic prospects. On the one hand, corporate earnings are faring relatively well, there is optimism over the EU’s recovery fund and metal prices are signaling a turnaround in economic activity. On the other, a US-China spat looms and the threat of coronavirus is as present as ever.

Lastly, we note that the outsized effect that global politics is having on markets shows how sensitive they have become. Since abundant liquidity and recovering sentiment pushed up asset prices, just as the global economy sank into one of its deepest ever recessions, valuation levels (price over earnings) for equities have soared. In this environment, even a small bit of bad news can frighten investors.