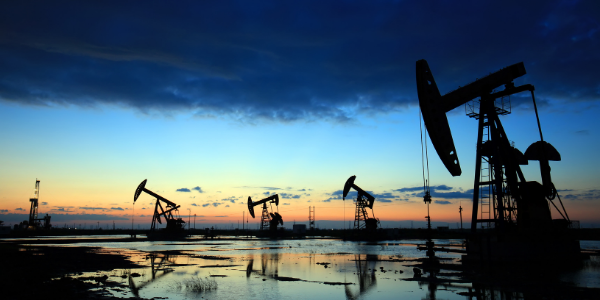 As rain and wind flush out the heat of the last few months, there’s a noticeable chill in the air for capital markets. For investors, things looked bright between June and August. The economy was finding its feet again, lockdown restrictions continued to lift, and central bankers were committed to indefinite monetary accommodation. As such, the ‘great reflation trade’ looked on. A rebounding global economy with practically unlimited monetary backing, and a healthy dose of fiscal support, caused inflation expectations to climb back up from their lows – taking US equities past their record peak. So far though, September has been one long reality check for those expectations.

To some extent, the sell-off in asset markets over the last few weeks may be an exercise in profittaking for investors who have enjoyed impressive gains for the last five months. But headwinds have undoubtedly parched market optimism: an uptick in virus cases and resumed restrictions in the UK and Europe, as well as an increasingly uncertain political landscape in the US, have left investors wondering if they got ahead of themselves. In contrast to the downturn in equities, bond yields have stayed virtually flat, despite a pick-up in real (inflation-adjusted) interest rates. This signals a decline in inflation expectations.

In line with those falling inflation expectations, gold prices have fallen after a strong run. Some of that will be due to the pick-up in the value of the dollar, but overall commodity prices have fallen markedly throughout the month.

Due to their tight link to global economic activity, commodities were a central part of the reflation trade – nosediving throughout March’s sell-off fever but gradually rebounding as economic sentiment improved. The Bloomberg Commodity Index chart below shows that commodity prices have already lost nearly all their August gains.

After a significant rally over the summer, precious metals have been particularly hard hit, with platinum and silver (down 21% since the end of last month) faring even worse than gold. Not all metals have joined in the sell-off, however. Copper, often used a proxy for infrastructure spending, has held its value, and the same is true for steel and iron, with both barely changed from the end of August. That is almost certainly to do with China.

After a significant rally over the summer, precious metals have been particularly hard hit, with platinum and silver (down 21% since the end of last month) faring even worse than gold. Not all metals have joined in the sell-off, however. Copper, often used a proxy for infrastructure spending, has held its value, and the same is true for steel and iron, with both barely changed from the end of August. That is almost certainly to do with China.

Palladium – another indicator of economic activity due to its use in car manufacturing – has also held mostly steady. Falls throughout September have been noticeable, but palladium prices are now roughly where they were at the end of August. Again, palladium is a material that depends heavily on Chinese demand. But its supply is usually ‘sticky’ (mostly immune to changing demand levels) and even the sharp drop in manufacturing activity in March could not sufficiently shift imbalances in favour of sustained lower prices.

Notably, oil – usually the centre of attention in commodity moves – has barely moved through all of this. Given oil prices are usually read as an indicator of global economic demand, this is interesting. The flipside is that, unlike other commodities, oil prices have moved very little over the summer. Without a significant rally beforehand, there was not much to correct for in oil markets.

However, Citi research suggests oil stocks look set to come down, after a substantial build-up through the global economic shutdown. As we enter the winter months, there should be some seasonal effects on oil supply and demand. But Citi suggests most of the outlook for the last quarter of this year and the first quarter of next will be driven by non-seasonal factors. After prices sank earlier in the year OPEC+ (including Russia) producers agreed to substantial supply cuts. While these production cuts have been scaled back in recent months, oil producers are likely to remain sensitive to price action – dialling back production if needed. As such, prices should remain stable.

Interestingly, natural gas has rebounded in the midst of the recent commodity sell-off. Prices have mostly recovered the early September losses, but remain volatile.

Overall, the commodity sell-off has been something of a shake-out from the previous reflation optimism. But the fact that commodities linked to economic activity remain stable is a positive – even if this is mostly down to Chinese demand. Markets seem to be waiting for more signs of optimism before resuming the reflation trade. If (and when) the cavalry arrives – either in the form of additional US fiscal support or a quicker than expected vaccine development – things could pick up again. Optimism has tempered somewhat, which might not be a bad thing; markets are now just waiting for realistic hope.