The first quarter of 2021 was no April fool 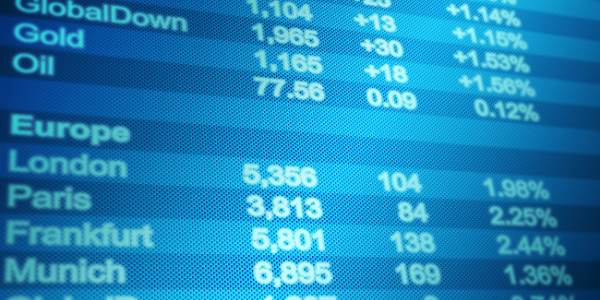 It may be April Fools’ Day, but ignore the ill-fated corporate PR stunts (Voltswagen!). The fact is that the first quarter of 2021 has brought genuine good news for UK-based investors with exposure to global stock markets. Equity markets have generally resumed an upward trajectory, while low risk assets, especially long maturity bonds, have sustained meaningful losses. Fixed income yields have risen on an increasingly positive medium-term outlook for the global economy. This improvement in outlook, and reversal of bond markets, also meant the turn of fortunes between the winners and losers of the pandemic year of 2020 that began last October has continued.

These changing investment dynamics are reflected in the returns picture for investment portfolios of differing styles. The income portfolio range – with an investment universe dominated by value stocks – has now outperformed for two consecutive quarters. Admittedly, it will still take more quarters like this for it to catch up with more unconstrained strategies.
Meanwhile, with economic growth rising, individual companies are finding profit opportunities. This is feeding through to specific stocks, helping stock-picking fund managers to again outperform index tracking funds, enough in this case to catch up and get ahead of the tracker portfolios.

However, with the lowest risk portfolio strategies, the positivity of stock markets was not enough to compensate for  fixed interest headwinds. Poor Q1 bond returns meant these portfolios missed out on another positive quarter, although on a 12-month perspective, all portfolios showed high double-digit returns – albeit from the market lows of last year
So, with the winter quarter behind us, spring is in the air, (as it should be) in the global economy and also broadly in capital markets, although forecasts of snow next week should perhaps guard against complacency. After all, benign investment returns have deflected from the fact that it has been yet another remarkable quarter, especially in the US. We cannot forget that it was early in this quarter, on 6th January, when the US Capitol was stormed and five people died.

Donald Trump is no longer the dominant force within US politics, and successor Joe Biden’s reputation as a highly effective and seasoned political operator – in the traditional sense – has brought a welcome return to some sort of normalcy. We have grown accustomed to ‘the first 100 days’ as being the most active period in every US presidency and so far, Joe Biden and his administration seem determined to make every day count.

By 11 March, the $1.9 trillion American Rescue Act was passed. Its major component of direct payments to most adults of $1,400, along with $3,000 per child for lower income households, is  almost complete. On the last day of the quarter, Biden’s administration proposed $2.25 trillion of government-directed infrastructure spending spread over eight years, signposted as the first half of a ten-year $4 trillion investment programme.

Much akin to start-up investments in new corporate ventures, the ultimate aim is to create a bigger economy, one with the capacity to generate a higher return on the investment than the cost of finance. To lower societal divisions, companies are getting some benefit but (new) workers are intended to receive a big increase in their share of ‘profits’. Relative to the size of the economy at the outset, government debt will rise over five years, but is expected to fall thereafter, as the economy should by then grow faster than the debt.

Funding the spending plan is the “Made In America Tax Plan”, with far-reaching tax proposals. Raising the headline rate of corporate tax from 21% to 28% is only part of the story. Importantly, for the long-term health of not just the economy but the planet, it removes fossil-fuel subsidies, while – recognising the globalised economy – the plan also proposes a “minimum tax” targeting overseas profits.

For the largest companies in the US equity market, the proposals are hugely important. Tech companies have been especially adept at shifting the domicile where revenues are recognised, and Biden’s proposal addresses this by taxing their overseas profits. This impinges on tax haven nations, so the US has flipped into being the greatest supporter of the Organisation for Co-operation and Economic Development (OECD), in its push against regional corporate tax competition.
Markets went higher, even among those stocks most likely to get taxed more. That may have been because the tax plans can (and will) be changed by the Senate and the House before becoming law. Even so, as happened in the run-up to Trump’s 2017 Tax Cuts and Jobs Act, investors can underestimate the likelihood of passage, and its potential impacts.

Compared to our outlook at the end of last year, the global economy and capital markets have developed much as we had anticipated. The main unexpected element has been the delay to loosening restrictions, due to slower-than-expected progress of the vaccination campaign (most notably across Continental Europe) and the growing risk from virus mutations, even if this risk is not yet proven. We remain hopeful that the warmer weather is likely to reduce the spread of infections, and that the vaccination roll-out should significantly re-enforce this effect.
As the second quarter begins, we expect to see further economic improvements. Undoubtedly, we will continue to experience the side-effects that monetary and fiscal stimulus medicine carries with them, and which played out during the first quarter, At times this will be disconcerting again, but as long as the economy by and large remains on its expansion path, these should remain peripheral events.

It may be April Fools’ Day, but ignore the ill-fated corporate PR stunts (Voltswagen!). The fact is that the first quarter of 2021 has brought genuine good news for UK-based investors with exposure to global stock markets. Equity markets have generally resumed an upward trajectory, while low risk assets, especially long maturity bonds, have sustained meaningful losses. Fixed income yields have risen on an increasingly positive medium-term outlook for the global economy. This improvement in outlook, and reversal of bond markets, also meant the turn of fortunes between the winners and losers of the pandemic year of 2020 that began last October has continued.