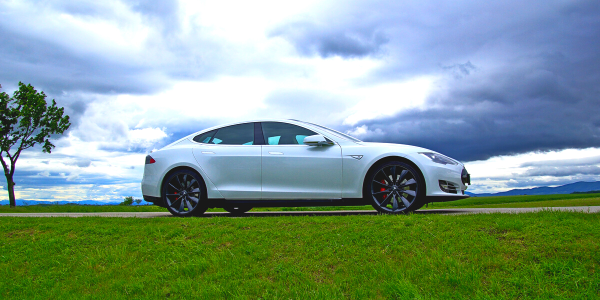 While Donald Trump won the title of America’s most impeached President, the prize for strangest news story of the week went to his eldest son. Donald Trump Jr took to Instagram (well, it couldn’t be Twitter, could it) to make a plea to billionaire Elon Musk: set up a Trump-friendly social media platform to “blow Twitter away”. The sight of Trump the younger asking the world’s richest man to help him make a website is certainly extraordinary, but then ‘extraordinary’ is how Musk has made his name – and his fortune.

The recently anointed richest person alive may be the boss of Tesla and SpaceX, but his image is more rock-star than executive. It is safe to assume most people could not name the current CEO of Ford, Toyota or Volkswagen. But Elon Musk, the owner of a car company that makes just 1% of the number of cars its rivals make a year, is a household name. A multi-billionaire that declares he does not care about money, Musk has helped – and at times hindered – the press and investment exposure of his companies massively over the years.

This certainly has not hurt Tesla’s market performance recently. Investment flow data show that Tesla has been the darling of retail and selected institutional investors over the last year. This, rather than an explosion in earnings, has been the main driver of its meteoric price performance. Last year, as the global economy fell into its deepest recession on record, Tesla’s stock climbed 800% and now has a market capitalisation of around $820 billion, making it by that measure 50% of the entire global car industry. Despite only being admitted to the S&P 500 weeks ago, Tesla has already overtaken Facebook to become the fifth largest company in the index.

This incredible performance both excites and scares, depending on whether one is a true believer in Tesla or a sceptic. At its lofty price, Tesla dwarfs all its major competitors combined, despite producing a fraction of the cars they do. Having shipped just under 500,000 units last year – Tesla’s highest-ever sales figure – in 2020 the market valued the company at around £1.6 million per every car it sold. Given its Model S sells for $70,000, that is quite some ground to make up. 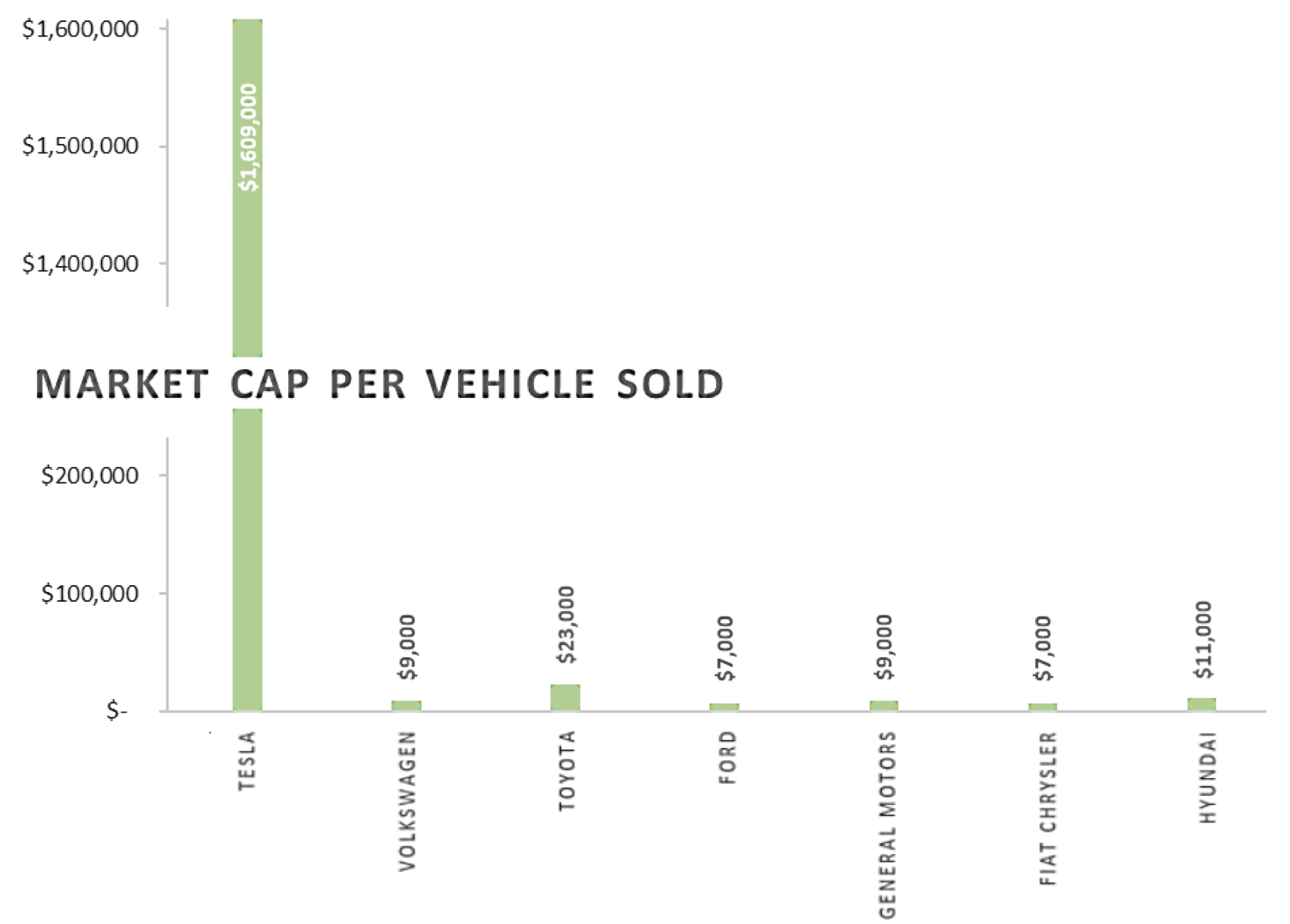 None of this is to denigrate Tesla as a company, of course. When talking about Tesla’s massive valuation, there are leagues of ‘Teslanaires’ standing by to tell you why the electric carmaker is the real deal. Tesla has leading technology in both the design and mass manufacturing of electric vehicles, as well as a big foot in the door of the self-driving market. Analysts estimate that the Tesla Model 3 sells at a profit margin of around 30%, which is a matter of factors higher than the average of its combustion engine competitors.

The old brands are keen to join the electric market – and many have devoted vast resources to developing and rolling out new electric models. But there is no guarantee that established carmakers have an advantage in the new market. Indeed, history shows that when new technologies arrive, newer companies often have the edge, being unburdened by the legacy of the old tech. With governments, businesses and the investing public all striving towards sustainable alternatives, it is not unreasonable to think a company without a gas-guzzling history might end up winning out.

The long-term argument is fine, but no matter how you look at it, $820 billion for a company that makes relatively little compared to its competitors is expensive. There are some extenuating circumstances. Tesla has received a big helping hand from its S&P inclusion and its recognition for environmentally-friendly investments – which have forced rebalances toward it. But the problem is not that Tesla may one day fail to lead in sales as it does in stock price, the problem is that it is trading as though its future domination is already in the bag.

That is dangerous to assume. Even if Tesla can fight off more experienced manufacturers, it may not be able to do the same to new entrants. Apple and Google have already announced intentions to launch into the electric and self-driving car markets (Google’s self-driving car company Waymo is indeed perceived as one of the leaders in the sector), and with their immense resources and technological know-how, they are well placed to make a sizable dent in an already crowded space. Essentially, while Tesla’s justification may not be wrong, it is nonetheless speculative.

However, saying Tesla is expensive is not the same thing as saying we expect its stock price to come down soon. For one, many of the factors underlying its massive expansion – an extremely accommodative financial environment, a supportive political and social backdrop (with an emphasis on green technologies) – are still present.

Also, by virtue of its popularity, Tesla now has an advantage that none of its traditional competitors have – an enormous market value. This gives it the financial firepower to expand and reinvest, including even buying out some of its competitors. Whether Elon Musk would sanction such a move is doubtful, but the point is that with exorbitant price comes exorbitant privilege, and it is a privilege Musk and his board will want to use to their advantage.

All of this is to say, Tesla is certainly no sure thing, but its valuation is based on more than just faith in an impulsive billionaire. The company has a lot going for it, but if an industrial carmaker is to remain the darling of the stock market, it has to start selling more cars and make more profit soon. Putting it another way, in 1999, during the height of the Dotcom bubble, search engine companies Google and Yahoo! traded at similarly fantastic valuations. In the case of Google, investor faith was eventually richly rewarded, whereas Yahoo! has all but disappeared.