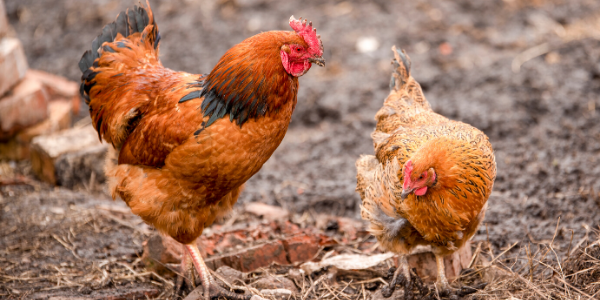 This week’s edition was meant to focus on our annual outlook for the coming year, while working under the assumption that the UK and Europe would by now be operating under a ‘skinny’ trade deal that would prevent tariff hurdles to trade while also dealing with the barriers to trade that come with operating under independent regulatory regimes. Alas, at the end of this week we have reached a point where insistence on political principle appears to have overwhelmed the substance of rational argument.

Our ‘deal’ assumption was by no means a contrarian outlier. All of the 2021 outlook documents published by other research houses (and even government agencies like the Office for Budget Responsibility as well as the Confederation of British Industry) based their 2021 consensus forecasts on the assumption of ultimately logical behaviours of politicians. With the Northern Irish backstop hurdle having been resolved at the last minute – and if we accept that fisheries in GDP terms are more of a populist ‘red herring’ than a true dealbreaker – then it appears to be the provisions to ensure an ongoing level playing field in competition between companies that has really driven the negotiations to breaking point.

Those who have delved deeper into the political weeds here will know that if the inability to find a mutually-acceptable compromise on this matter results in a ‘no-deal’ outcome, the consequence will be the acceptance of immediate tariffs (from 1 Jan 2020) across the entire economy, along with many other restrictions to the free movement of goods, (financial) services and people. This will come in exchange for avoiding the quite theoretical risk of punitive tariffs on some goods, under theoretical circumstances, at some point in the future. Or, as trade experts like David Henig, UKdirector of the European Centre For International Political Economy, have put it: “The only reason this should scupper the trade deal talks is if one or both sides dug themselves in on a matter of principle.”

Against this backdrop of unconcealed contravention of the ‘do no harm’ principle of political action, markets can be forgiven for still not believing (and remaining relatively calm) that such an economically irrational ‘no-deal’ is now the “very, very likely” outcome of the Brexit negotiations – as Prime Minister Johnson put it on Friday in a public address. While we accept we now have to look at the potential repercussions of such worst-case Brexit outcome, we remain in agreement with the muted market reaction that suggests there is still a higher probability of some form of a ‘skinny’ deal than conceding ‘failure of statecraft’.

Sadly, the UK now finds itself in a weaker negotiating position compared to last year. Having suffered a much worse COVID crisis than the European Union (EU), in terms of public health and economic impact, it is now at a serious disadvantage, with much less central bank and fiscal firepower than a newly-united Eurozone. So, whichever way this plays out in the end, the UK is bound to emerge weakened. To put it more succinctly: Britain cannot afford to be on less-than friendly terms with its neighbours just now. The only reason the 2021 consensus growth forecast for the UK in the appendix to our 2021 outlook sports a slightly larger percentage figure is because it is starting from a lower 2020 base. Also, all contributors had assumed an orderly Brexit.

As we often like to point out, even if the worst-case scenario should happen and we do have a disorderly Brexit, it will not be the end of the world, especially for investors in well-diversified investment portfolios. However, the average UK consumer will most likely feel poorer at the end of it. This is because the bulk of the negative surprise impact will once again find its expression in a fall in the value of £-Sterling which, together with the import tariffs and a general shortage of fresh produce, will lead to a cost price shock of as much as 5-10% depending on one’s specific basket of shopping over the course of the year. This is unlikely to be balanced out by a commensurate increase in wages, leading to lower household purchasing power.

UK industry may suffer less, depending on whether the fall in Sterling increases the price competitiveness of UK exports to the EU on average by as much as EU tariffs make them more expensive. The main UK stock market – made up mostly of internationally-operating companies – is also likely to suffer less than many may fear, given its more limited exposure to the fate of the domestic economy. The same cannot be said for much of the small- and mid-cap markets, where UK-focused companies are bound to be held back by lower corporate profitability.

The other point to be mentioned is that even in the event of striking a deal at the very last minute, border control disruptions are now an inevitability, because not enough time remains to put the necessary processes into place in an orderly fashion. The difference is that in case of a trade deal outcome there is a high likelihood for both sides agreeing a ‘technical’ extension of the transition period for such matters to be put in pace, whereas an acrimonious outcome makes that far less likely.

By Monday we will either know if this was all just a giant game of ‘chicken’, the prelude to yet another deadline extension, or whether we are heading for an historic failure of statecraft. At the time of writing on Friday, markets were assuming one of the first two, but not the last option.

Looking across the Atlantic, US politics has been moving in a (generally) more favourable way, although it seems an opportunity may have been missed this week. While President Trump’s stubborn refusal to handover the presidency still dominates media headlines, markets were more swayed by progress on a year-end fiscal package. The government funding bill should pass today but that’s merely to keep government services going, and is without any fiscal package tagged on.

The Democrats and Republicans are still negotiating four issues: a liability shield for business, aid for state and local governments, stimulus checks for all Americans and a boost in unemployment compensation for workers who have lost their jobs. The sum of these provisions would be more than $1 trillion (and unacceptable for many Republican senators) but three out of four might work, or perhaps a watered-down version of all four. Christmas very much depends on it. This week’s initial jobless claims figure rose for the first time since the summer, while last week’s November employment growth number were less than hoped for, and neither includes the impact from the post-Thanksgiving virus surge. We think markets are betting that there is a better than 50% chance of something happening, and we think this is realistic. However, if events in the UK are to be our guide, things might get a bit hairy.

Perhaps less hairy will be the US Federal Reserve (Fed) meeting taking place on Wednesday 16 December. The Fed is not expected to increase asset purchases overall, but there are a lot of good reasons for them to buy longer-dated bonds. This dovish move is probably nearly fully expected by bond traders, given the Fed said the policy was discussed in its November meeting. The virus surge makes the policy update likely now, though some think it might be instituted in January.

In the Eurozone, the European Central Bank (ECB)’s €500 billion extension of its bond-buying Pandemic Emergency Purchase Programme (and maintenance of the programme into 2022) was in line with market expectations, although there was some minor grumbling that bank support (through its TLTRO-III operations) was less than needed. However, the ECB continues to signal flexibility in its approach, so if the vaccine bounce is not forthcoming, we would get more.

To finish this week’s market and economic update, the UK woes are entirely of its own making and seem wholly avoidable. Globally, the picture for 2021 continues to brighten, even if the pandemic will make this winter much harsher than anybody could have anticipated a year ago. While 2020 has made something of a mockery of the prediction game, we remain hopeful that our 2021 Outlook gives an honest reflection of our expectations for the year ahead.