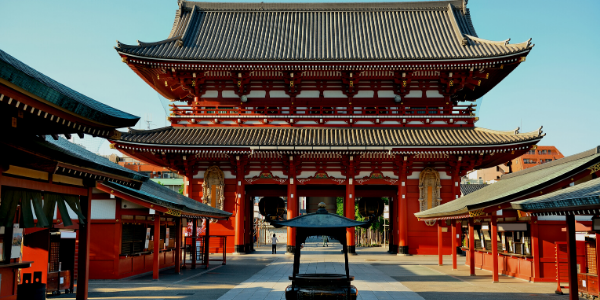 For most of the year, Japan has been hailed as something of a COVID success story. Given its densely populated cities, elderly population and proximity to China – the virus source – it had all the ingredients to be one of the worst affected nations. The reality has been anything but, with only limited spread early on and a relatively tame – certainly by British and European standards – second wave of infections. The spikes in daily cases over the summer and more recently have tempered the success story somewhat, but overall figures are telling: 153,000 reported cases and 2,141 deaths at the time of writing, compared to 1.67 million cases and more than 60,000 deaths in the UK.

Raw figures are not nearly as impressive as how they were achieved, however. Rather than a national lockdown, piecemeal measures and appeals to public sensibility have been the orders of the day. Incredibly, all of this happened even without the extensive testing regime of nearby South Korea.

Japan’s methods have had a big impact on the relative experience of its citizens and economy. High-frequency mobility data shows that the drop-off in activity was nowhere near as pronounced as in the UK and Europe, which has been reflected in economic growth data. In the second quarter, Japan’s economy contracted 7.8%, compared to drops of 9.7% and 20.4% in Germany and the UK, respectively. The world’s third-largest economy even managed to rebound 4.7% in Q3.

This relative success has fed through into Japan’s equity markets. In GBP terms, the broad MSCI Japan total return index is +8.1%, only slightly behind the All-Country World index at +9.8%.

The Nikkei 225, which gets quoted widely, has fared even better, but is one of those problematic ‘price-based’ indexes that does a poor job of representing investment. Despite having 225 members, the Nikkei 225’s top ten stocks have 49% of its influence, but only two are in the (capitalisation based) TOPIX’s top ten. Fast Retailing, a Japanese holding company that owns several retail brands, represents a massive 11.8% of the Nikkei, but its weighting in both the TOPIX and the MSCI is only 1.5%.

Japan’s stock market is heading back towards the levels touched (but not held) at the start of 2018 and, looking further back, 2007. Although currently 6% shy of a “resistance” level, it looks like the market is ready to test that level. Once it does, Japan will be revisiting the heady days before 1991, before its asset bubble burst and economic and financial stagnation left an indelible imprint.

For now, Japan’s post-pandemic prospects – compared to the rest of the world – look brighter than they have for a long time. According to analysts at JP Morgan, the pandemic has brought forward Japanese growth impulses that were previously expected to only happen over three to five years.

As JP Morgan’s on-the-ground analysts have observed, a big part of the story is how COVID has forced change upon the country. Recently-retired Prime Minister Shinzo Abe had been pushing for structural changes and modernisation in Japan, but under his successor Yoshihide Suga, this drive has been increasing. The new PM – previously Abe’s right-hand man – has brought in a new digital ministry in the hopes of digitising Japan’s paper economy, and has also pushed for a big shift toward renewable energy.

The thought of Japan usually conjures futuristic imagery in Western minds, but there are large sections of the country that are still dominated by paper use in money and business (the top five printing and copying businesses are listed in Japan, for example). The move to modernise has been helped by the recent need to minimise physical contact, and Suga wants this trend to continue beyond the pandemic. Cashless payments, online retail, telemedicine and other e-commerce has great potential for growth in Japan.

Japan’s government is also keen to defend its position on automation, wary that – without proper investment – it is in real danger of losing out to China and South Korea – as has already been the case with consumer electronics and ship building.

Back in April, one of the big issues was that many of those told to work from home could not do so, as businesses in Japan lacked the technological infrastructure to move away from the office. Simple procedures like stamping documents could only be done in situ, creating logistical headaches and slowing productivity when restrictions hit. Solving these problems will be the main focus of the ministry of digitalisation, which could prove crucial.

Structurally, another positive for Japan is the sea change in corporate governance. Though it has been a slow journey, the country has now arrived at a proper system of dividend and shareholder return policies, as well as encouraging more women and non-nationals on company boards. Before the virus hit, return on equity was greatly improving and, even since then, companies have kept paying dividends (unlike many western counterparts) and continued share buybacks which support share valuation (by reducing the shares in circulation).

Much is made of structural headwinds for Japan, with an ageing risk-averse population and structurally low interest rates. The flipside to this, however, is that in global comparison, Japanese companies tend to do very well in recessionary environments, as they have plentiful cash on their balance sheets. Starting from a position of strength, should even modest improvements on digitisation or investment be made, there is a great deal of potential for growth.

For now, this does not feed into interest rate expectations, with little sign of movement, even over the long-term horizon. Many factors determine interest rates – such as the growth and inflation outlook – but one should also keep in mind that with record indebtedness (240% of GDP), the question remains to what extent the Japanese state would be able to afford higher interest rates (presumably only once nominal growth experiences a sustained and strong rebound). Another element is whether the population chooses to spend its money (which creates demand) or continues to save it. For now, at least, the elderly tend not to borrow (which would lever up consumption), and Japanese companies have strong cash positions – resulting in little or no pressure on credit markets. If growth does come through however, the fact that interest rates will still be pegged down is a positive.

To be sure, any growth that does come will likely be modest; the structural features that have dominated investor sentiment over Japan (an aged and shrinking population), should still prevent it from roaring ahead. But Japan has undoubtedly fared better than most developed nations this year, in economic and health terms. This puts the country in good stead for 2021, we just now need to see how well it can deliver on this promise.