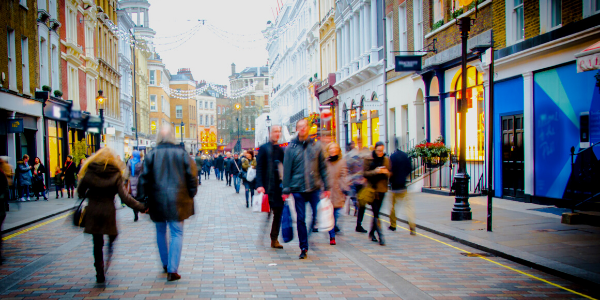 The ‘scientific cavalry’, as Boris Johnson likes to put it, has arrived. The UK became the first western country to approve a COVID vaccine for mass use, and authorities are wasting no time rolling it out. 800,000 doses of Pfizer and BioNTech’s celebrated vaccine are expected to be available next week, with Britain’s most vulnerable set to go first, before the remaining 40 million ordered doses are injected into the population over the next year. The government’s scientific advisers stress that the virus is still ever-present, and restrictions will have to remain tight for several months, although the UK’s Deputy Chief Medical Officer, Professor Van-Tam also said that once all on the priority list had been vaccinated (over 50s and vulnerable groups), 99% of fatalities could be prevented. News of the vaccine roll-out undoubtedly brings respite, and hope that Britain’s epidemic will fade as the winter months do. 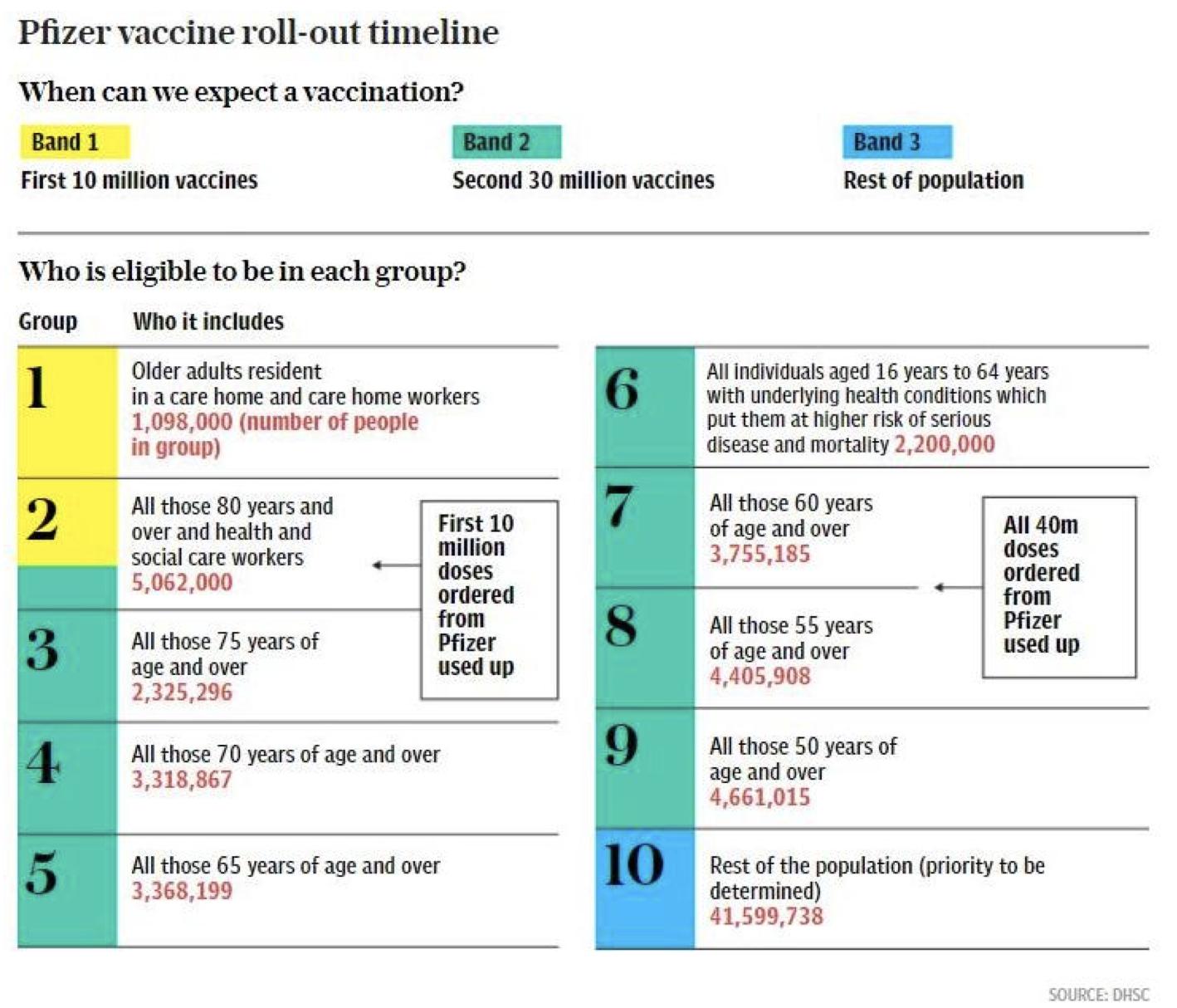 The good news was certainly needed. Along with being one of the worst-hit countries in the world in virus terms, Britain’s economy has shrunk by the biggest margin in the G7. And, according to the latest report published by the Organisation for Economic Co-operation and Development (OECD), things are hardly looking up from here. By the end of 2021, the only major economy expected to have worse growth numbers is Argentina. OECD forecasters expect Britain’s economy to be 6% smaller at the end of 2021 than it was at the end of 2019. This fall is down to a predicted 11.2% GDP contraction this year, compared with a 10.1% contraction forecast back in September.

If expected growth figures were not sobering enough, this week we had a visceral reminder of COVID’s economic fallout. On Monday, Phillip Green’s Arcadia Group – owner of fashion retailers Topshop, Burton, Evans and more – went into administration. Hours later, Debenhams followed suit, bringing its 200-year history to an abrupt end.

The liquidations close another act in Britain’s ‘Death of the High street’ drama. Few will shed a tear for the scandal-ridden almost-billionaire Phillip Green, but the wider economic impact should not be understated. The Arcadia Group alone has over 400 stores, and the collapse of both companies could lead to around 25,000 job losses. This is not good news for an economy which is still effectively under national restrictions.

COVID will get some of the blame here, but the struggles of both predate the pandemic. ‘Bricks and mortar’ retailers have been under immense pressure for years, faced with fierce online competition, stagnant consumer demand and bloated rental costs. Debenhams is a prime example. After being gobbled up by private equity, the high street chain was saddled with debts and had much of its freehold property portfolio sold then leased back. According to its administrator, Debenhams went into administration with £700 million of secured debt and £200 million of trade creditors.

Whatever hope the company had of finding its feet were dashed once the virus emptied Britain’s streets. “There was a salvageable business in there” said previous Debenhams chair Ian Cheshire. “Then the pandemic blew a hole in the side of it.”

Aside from the hit to employment, the fall of household-name retailers had had a big effect on Britain’s property market. We wrote recently that signs are positive for UK residential property, backed by regulatory changes and easy lending standards from the country’s banks. Commercial property, however, is a different story. With restrictions set to remain for the foreseeable future (and psychological ‘scarring’ likely to last much longer) it is hard to be positive about retailing real estate, even if tiered restrictions ease off in 2021. Some of the physical spaces once occupied by Debenhams and Arcadia will be snapped up by competitors, but it is likely many stores will just be left empty. “They’re just too big,” according to one commercial real estate agent. “Most will need rethinking and repurposing once a new normal resumes”.

However, despite the gloomy headlines, the wider UK retail equity market actually saw a significant rally this week. As the chart below shows, the FTSE 350 General Retailers index spiked around the same time as the Debenhams and Arcadia news. Perhaps the demise of these two ‘names’ makes things easier for the rest – particularly if they can capitalise on resurgent demand from a freshly-vaccinated population. 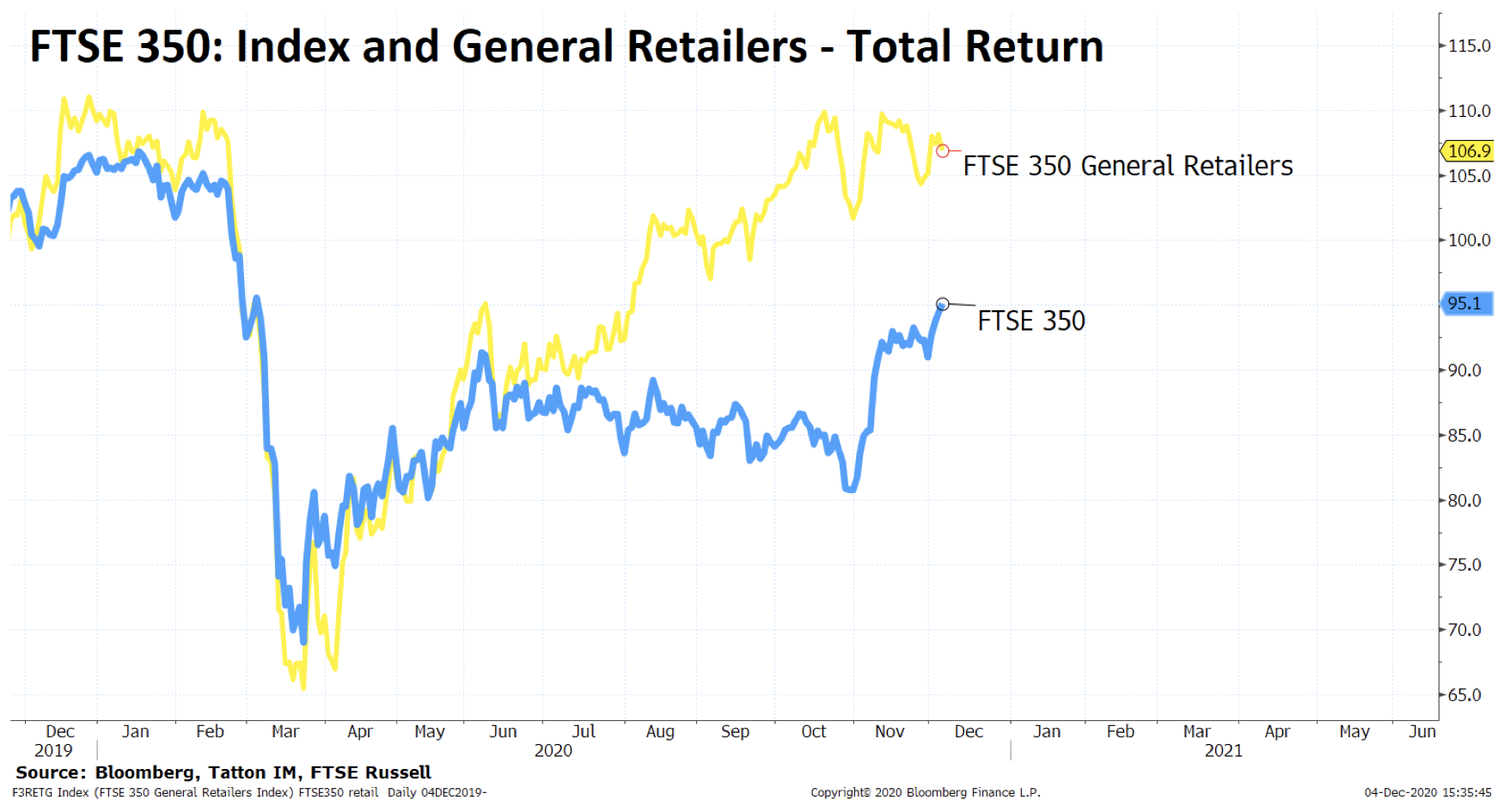 Back to dire pronouncements on the UK economy. The OECD noted that Britain’s slowness to react to the pandemic meant harsh lockdown measures came in more abruptly – and lasted longer – than other nations in Europe and Asia. A failure to agree a Brexit deal with the European Union (EU), or an early fiscal retrenchment were mentioned as other potential negatives.

The OECD has a mixed record as a forecaster, and its predictions may have slight, if inadvertent, political dimensions. It may be right about the lasting virus impacts, but the probability of a Brexit deal is rising, in our opinion (and was high last week). We also think the UK government is not about to revert to austerity.

And in itself, Brexit can bring advantages, even if those advantages (e.g. a greater flexibility and potential speed of policy implementation) may struggle to counterbalance the drawbacks. To make actual gains from the potential offered by Brexit, we need an agile government, and a responsive private sector.

One area where the UK can be a real leader is in climate change, sustainability, ethical investing, and environmental, social and governance (ESG) issues. The UK’s investment managers are awash with liquidity looking for the right assets. There are UK universities and companies’ research groups with ideas waiting. There is a huge demand globally for viable solutions, and that will be increased substantially if US President-elect Joe Biden gets his policies underway and the US re- joins the Paris Agreement on climate change.

The UK will host the postponed COP26 summit next year. Ahead of that, on 12 December (and on the fifth anniversary of the forging of the Paris Agreement) a ‘climate ambition summit’ will be hosted by Boris Johnson and United Nations Secretary-General, António Guterres. Beforehand, Johnson has taken the opportunity to announce an ambitious national target for cutting emissions substantially by 2030. He has the opportunity to encourage UK businesses to take the (much needed) lead in this area.