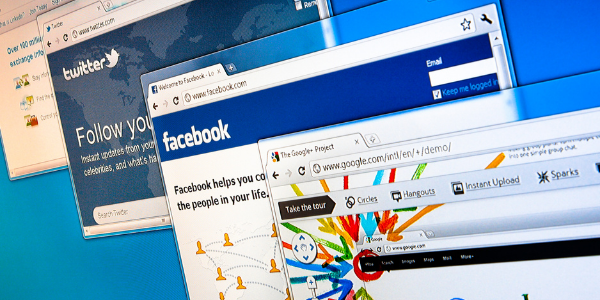 The US technology sector is full of winners. For years now, the growth-intensive strategies of the Silicon Valley mega-caps have driven an astonishing rise to wealth, power and influence. Taking advantage of new and uncharted territory, they have achieved a level of dominance in their various markets that we have not seen for decades. In that respect, 2020 has been a great year for the ‘big five’: Amazon, Apple, Alphabet (Google), Microsoft and Facebook. Online services have clearly been growing in importance for decades, but having the world under ‘house arrest’ hassupercharged this trend. In just six months, a good few years’ worth of switching to internet services has happened. People all over the world have relied on those five companies for shopping, communication, entertainment, business and social interaction.

This pandemic has done wonders for their stock prices. A few months ago, Apple made history, becoming the first company valued at more than $2 trillion, and back in June, the big five were worth over 22% of the entire S&P 500.

But while investors have been unequivocal in their support, this market dominance has not escaped criticism. Controversies around Facebook’s electioneering, Amazon’s poor workplace standards and Apple’s monopolistic practices have dirtied big tech’s ‘do-no-harm’ public image. And, with these companies wielding huge amounts of power in their respective domains, the public backlash has increasingly spilt into the political sphere. The wild west of new and unregulated tech markets feels ripe to be tamed by politicians, with tighter rules surely set to come.

Judging by a report this week from the US House Judiciary Committee, things could look very different for tech companies when that regulation arrives. In the report, the US Democratic party laid out its vision for reining in four of the big five. Lawmakers argued Amazon, Facebook, Alphabet and Apple all held monopoly power in their fields. “To put it simply, companies that once were scrappy, underdog startups that challenged the status quo have become monopolies we last saw in the era of oil barons and railroad tycoons,” write the subcommittee.

There was one notable absentee from the list: Microsoft. Being cynical, one might put this down to its importance, or the political clout of its senior management. But there is a fairly substantial difference the way Microsoft operates compared to the other four. For one, it does not leverage its ‘gatekeeper’ status in the way those others do. It is also more entwined with the US Department of Defence, having been awarded several multi-billion-dollar cloud computing contracts by the Pentagon.

The Democrats have offered detailed and extensive proposals for challenging the monopolies of these tech tycoons. They want to beef up antitrust law to force more competitive practices, including: requiring online marketplaces to be independently-run businesses or establishing rules for how these marketplaces can run; blocking online platforms from ‘playing favourites’ with content providers; requiring users to carry information from one platform to another; directing antitrust enforcers to assume tech acquisitions are anticompetitive; and allowing news publishers collective bargaining with online platforms.

All of these would have huge impacts on how the big four are run, but possibly one of the most important could be the provisions against favouritism. Not only would this take the gatekeeping power away from tech companies, it could effectively require them to hive off and separate parts of their businesses, as online platforms would not be allowed to give their own content preferential treatment.

The Democrats were keen to stress this would be less of a regulatory overhaul and more a way of updating existing antitrust rules for a new setting, rather than hampering firms’ business plans. The existing rules are more aimed at stopping big tech firms from disadvantaging consumers by using their monopolistic powers to dictate prices, whereas today’s issue is one of ‘monopsonic’ powers. This refers to companies that are the dominating buyers in certain sectors, which allows them to squeeze everyone else in their supply chain and rob them of their profit margins. But from the big tech perspective, the problem is that squeezing everyone else often is the business plan.

By rapidly building scale, firms have been able to dominate their respective spheres and use their leverage to suppress competition. Not all these companies are the same in this respect, but part of the issue for regulators is that – as hinted at above – this is not the way we traditionally think about the problem of monopoly. Monopolies in the past have been hoarders and price-setters, hurting consumers. But Amazon are not hiking prices for consumers – far from it. Instead, while the online retailer has been able to lower prices for consumers, they have also pushed down prices paid to end-producers. Regulators are now perking up to the idea that this new style of monopoly is not as benevolent as it may have seemed. And, without its ability to exert price pressure in this way, big tech could lose some of its shine.

Of course, this would involve the report’s proposals actually being adopted. If the Democrats were to take a clean sweep in next month’s election – winning the Presidency, the House and the Senate – this would start to look very likely.

Republicans also have issues with these companies but have declined to sign the report. A few share the concerns about monopoly, but most are more convinced that these firms have a left- wing bias in their monitoring of social media platforms. Any power that the Republicans retain post- election will therefore complicate matters.

Even so, the political backlash against big tech is clearly a bipartisan issue, and we note the timing of this report is crucial. It comes just before an election and after months of severe upheaval where news of Apple’s incredible stock price and Jeff Bezos’ huge wealth increase got plenty of airtime, while the vulnerable suffered. But it also comes as the big four have started changing as well. Over the past two years (but even more so this year) Apple, Amazon, Google and Facebook have started generating a huge amount of free cash flow. That is, they have stopped focusing as much on reinvesting every $ for growth and are focusing instead more on generating profits.

These are effectively the signs of businesses maturing. The fact that a more comprehensive regulatory environment is also set to come could change the way America’s tech superstars are seen. These companies still are – and will continue to be – huge winners. But if capital markets and the economy itself became less concentrated in them, that would surely be a positive.