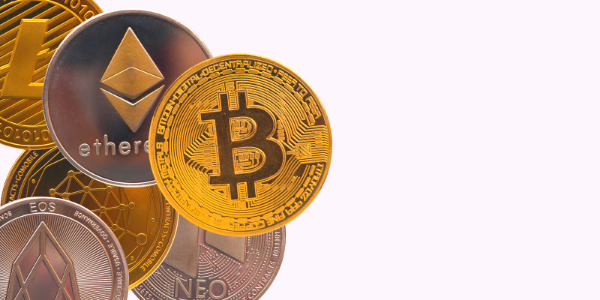 Even by their volatile standards, this week has been a roller-coaster for cryptocurrencies. On Thursday, Bitcoin’s value dropped 10% to below $50,000, while both Ethereum and Dogecoin also slumped. Dogecoin – a cryptocurrency which started as an internet joke in 2013 – had already suffered a 25% drop at the weekend, after a whirlwind year which has seen its value multiply several times over since January. As a quick reminder, cryptos like Bitcoin are a decentralised form of digital currency, untethered to but also not backed by any central or private bank. But for all the talk of decentralisation, the wild swings in price were almost entirely centred around one man: Elon Musk.

The Dogecoin plummet came after the self-proclaimed “Technoking of Tesla” called it a “hustle” on US TV show Saturday Night Live. But Musk’s bigger impact on the crypto market came later in the week, when he announced Tesla would no longer accept Bitcoin over environmental concerns. It is only a matter of months since Tesla drummed up press by announcing it would allow Bitcoin payments. But after a tweet from Musk branded the currency’s energy usage “insane”, the electric carmaker changed course and the entire crypto market took the hit.

These sorts of stories from the ‘Wild West’ of digital currencies might make readers confused to learn that central banks are keen to join in on the act. And yet, after years of talks on the subject, monetary policymakers across the world are preparing to launch digital forms of exchange. In China, digital wallets for individuals are being trialled, while the UK Treasury and the Bank of England (BoE) have set up a joint task force to look into the rollout of a central bank digital currency (CBDC). Meanwhile, the Bank for International Settlements (BIS – the ‘Central Bank of Central Banks’) has called for a joint effort on defining the foundations of CBDC. Importantly, many features are still being debated and applications will be decided by individual jurisdictions (see a table of the core features the BIS has identified at the end of the article).

To understand CBDCs, we first need to understand what makes a central bank currency. Central banks issue public money (backed by the state) to households and non-financial companies in the form of notes and coins, and to banks in the form of digital money (they credit banks’ accounts with money, and credit it with even more money when performing quantitative easing). That means there is no public digital money for retail people like us. This is a gap where (retail) CBDC would step in. Instead of a five-pound note, we would have a five-pound credit in the CBDC wallet.

Most importantly, at the moment, the bulk of money circulating is not public but private – created by commercial banks when they lend. Most of that is already digital (your current account, credit cards, etc.) and all this digital money is directly or indirectly linked to a central bank via banks, which work as financial intermediaries.

Banks as private sector intermediaries are a crucial part of the monetary system, and central banks are keen to not undermine that function with CBDC. For instance, if people suddenly withdrew their money from their private bank accounts to put it into their CBDC wallets, banks would have a funding gap, and a classic bank run – and potential crash – would ensue.

This reaffirms that CBDCs are different to ordinary money in an electronic bank account. While many of us now make most of our transactions electronically, these all rely on commercial (private) banks acting as intermediaries; holding deposits, lending them out and creating money in the process when the money lent is credited back into deposit accounts which allows it to be lent out repeatedly, while earning themselves a healthy chunk of ‘rent’. Around 97% of the money in circulation is created by commercial bank lending.

It should also be clear that CBDCs are most certainly not the same thing as cryptocurrencies as we usually understand them. Central banks stand as the pillars of stability in currency markets, while most cryptos (for now) try defining themselves as standing outside of the current monetary system. Technically, cryptos like Bitcoin have a key distinction from other private digital money. By their very nature, they are decentralised – using complex information-storing technologies (like the Blockchain) to avoid the need for any one party to mediate or guarantee transactions.

There are two main reasons why central banks are now considering offering digital money for the public. First, the use of physical notes and coins has been in decline for years. As far as the state should offer public money for everyone – including those without access to a bank account, they increasingly feel that money should be digital. Second, there is also a fear factor. With Bitcoin and other competitors encroaching on the digital space, central banks are worried they might be left behind.

CBDCs, as they are currently being designed, would likely deploy similar technologies as used in cryptos. This means there are many technological similarities between the CBDCs and cryptos, with both utilising new security and payment technologies to enable direct transfers between individuals.

There are many benefits CBDCs could bring. A recent FT article highlighted how, according to BoE modelling, issuing 30% of GDP’s worth of CBDC could bring cheaper and more efficient payments, earn the government seigniorage proceeds (revenue for a government when the money it creates is worth more than it costs to produce) and expand the economy by £90 billion. But central banks are being cautious, and justifiably so. Putting aside whether consumers want to opt for a digital pound over an established bank debit account, the introduction of an entirely new form of currency poses huge risks, especially as it is unclear how the system would react in times of stress and bank runs.

Many fundamental considerations are still being debated: should CBDC transactions be completely transparent, or where does the protection of privacy take hold? Should it be used as policy tool? For example, during the pandemic, theoretically the BoE could have just credited our accounts with money. The disadvantage of this approach is that the distinction between monetary and fiscal policy gets blurred. Could this in turn undermine public trust in the BoE’s ability to provide price stability? Along the same lines stand the question as to whether CBDC should be interest bearing. This could lead to quicker monetary policy transmission (higher or lower rates), but also put yet again more pressure on the commercial banking system at large.

The current system of banks and multiple private intermediaries has its costs, but everyone knows their job, and risks are distributed across a large network – albeit at times inadequately. At the heart of the problem for central banks is how to balance the two features required of a financial system: stability and dynamism. Central banks give the stability and assurance that currency is worth something, but private banks and intermediaries compete to find new and efficient ways of handling payments. Both are necessary, and there is no definitive answer on where the balance lies.

The BoE has already released something that looks like a compromise, its new ‘omnibus’ accounts, which allow many new providers that are not banks to access its settlement system. The hope is that ingenious new private companies will use blockchain and other technologies to give efficient new currency options for them, with the stability of central bank guarantees. Ultimately, though, central banks can only be as hesitant as crypto markets allow them to be. The bigger competing currencies become, the more central banks will feel the need to step in. As a result, we expect this will only be the first article we write about CBDCs, and that more will follow to discuss the individual aspects, features and challenges.