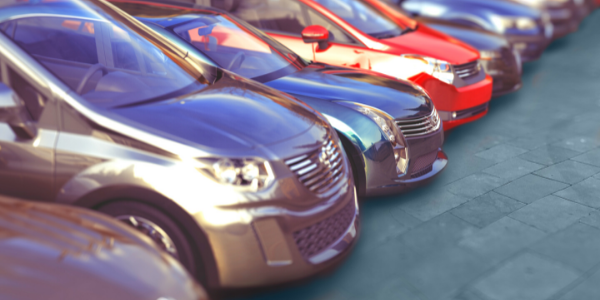 A year ago, car rental company Hertz was on its knees, forced into bankruptcy amid longstanding problems and the sudden shock from the COVID-19-induced demand collapse, leaving it with few options and fewer funds. At the time, a ragtag bunch of retail investors bid up the stock in the suspicion markets had sunk it too far, and Hertz could come through its Chapter 11 bankruptcy filing and proceedings without too much pain. Oh, how everyone laughed. It was seen as another case of irrational exuberance from the newly-minted retail investing public – albeit before Reddit and GameStop made irrational exuberance ‘cool’.

Now, Hertz has been bought out of bankruptcy by a consortium of capital managers – in a deal that gives the reorganised company an enterprise value of $7.43 billion. In fact, it turned out to be quite a dramatic battle for control of the company, with multiple groups vying for ownership in a contest that seemed unimaginable just a few months ago. According to the new owners, shareholders will see a recovery of about $8 a share. A decent bit of business, as it turns out.

We should not get carried away with the underdog narrative. The claimed $8 price is contentious at best, and buyers of the stock last year would have been realistically better off investing in many other parts of 2020’s rallying equity market. What’s more, one of the reasons Hertz managed to survive reorganisation is because it used the money investors gave it wisely, positioning for an economic recovery that would come after the massive drop off in demand last Spring. It just so happens that the recovery was quicker than expected, to Hertz’s benefit. In particular, whattriggered the company’s collapse – a fall in the value of its fleet of cars – was short-lived, and prices were already rebounding by this time last year.

That rebound has kept going ever since, to the point where used car prices have seen an astounding rally to an over 20% increase over the last 12 months. The chart below shows price inflation in the US used car market. Prices have shot up, prompted by a flurry of activity and huge demand for pre-owned vehicles. It is not only Americans that are eager to buy: a recent report shows online traffic from used car buyers in the UK shot up 36% last month, together with a 7.1% year-on-year jump in postings on Auto Trader.

In recent decades, vehicle demand has become a key indicator for overall economic activity, so it is quite astonishing to see such high levels while still barely out of the deepest global recession on record. But the trend in the used car market needs unpacking. The pick-up in second-hand purchases has been accompanied by a drop-off in demand for new vehicles – to the detriment of the old automotive manufacturers (a booming Tesla notwithstanding).

Consumers are choosing ‘nearly new’ for a number of reasons. Firstly, they are cheaper, and with so much uncertainty over the last year, a splurge on a new car seems off-putting for many. To add to this, well-publicised supply chain issues suffered by car manufacturers – stemming from a global shortage of microchips – have pushed the prices on new cars up further, while projected delivery dates have been disappearing into the horizon. The collapse of Hertz (and the struggles of other rental companies) meant far fewer ex-rentals became available in the used car markets, creating issues of short supply issues there as well.

These were short-term factors, but they compounded longer-term fears too. Both consumers and car companies are increasingly aware of the limited future for fossil-fuelled cars, and the push toward greener technology and tighter environmental regulation has only increased during the pandemic.

Car manufacturers, especially the old ‘incumbents’, are spending vast amounts on research and development amid the push towards net-zero carbon emissions. Electric and other non-carbon vehicles are increasingly available, but the downside is that the R&D cost is borne by the early-ish adopters. Electric vehicles (EVs) still cost a significant amount more than the petrol equivalent. Compare the basic Renault Zoe with the basic Clio. Even including a government charging grant, the Zoe costs £27,600 (including battery purchase) versus £16,200 for the Clio. Although fuel costs will be lower, you have to drive a long way to make up for it (and, of course, EVs don’t currently lend themselves to driving big distances in one go!).

Motorists are likely to be wary of handing over a hefty sum for an internal combustion engine car that will become obsolete in a few years. The technology behind EVs is improving at a rapid pace, with newer models able to travel further and charge quicker, but that rapid change might well be part of the problem. Renault used to lease the battery to its Zoe owners, but now it makes them buy it. At such a huge expense, car buyers want to know their purchase will last a long time, and not be overtaken by a new model, or fall victim to new regulations a few short years down the road.

At the regulatory level, more clarity about overall infrastructure, such as the distribution of charging points and standard requirements is required. Among electric models, there are many components for which standards are not close to being set – and it is still an open question even whether hydrogen-electric hybrid vehicles will win out over all electric – in other words, it’s still unclear which automobile technology will be ‘VHS’ and which will be ‘Betamax’ . Heavy goods vehicles are much more likely to favour hydrogen. Dual hydrogen and electric infrastructures will add to the costs, in which case it may be better for all vehicles to go for hydrogen, especially given fossil fuel stations and forecourts have a much higher resemblance with the infrastructure we may need for hydrogen vehicles than the electric charging infrastructure requirements.

This creates a huge headache for all the other parties involved in car purchases, such as financers and insurers. Over the last decade, car financing has been a booming source of credit growth with lenders keen to hand money out and package the debt up into asset-backed securities. But if lenders are uncertain about the shelf life of the assets, they will be much less willing to fork out the money. This week, the Green Finance Institute assembled a coalition of independent experts and UK companies in the finance, automotive, energy and infrastructure sectors. It aims to improve the general access to the huge amount of credit financing necessary for the transition to zero emission vehicles.

However, such initiatives highlight that the transition is difficult. So, a used car – even one with many more miles on the clock – suits nicely as a temporary solution. For now, this is benefitting used car dealers and renters like Hertz. The short-term factors will clear up eventually as life returns to normal, but the longer-term problems will last until policymakers give more clarity.