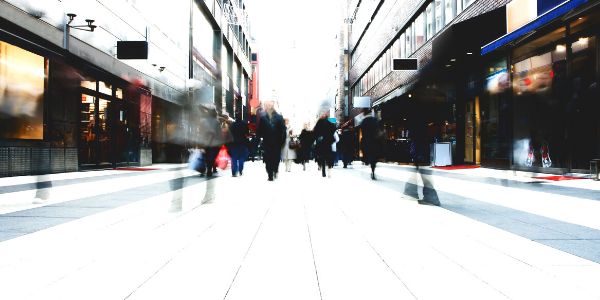 Last week we wrote how the ‘sell in May and go away’ maxim has historically not shown much merit for investors. At the end of this week, some of our readers may look back at those sentences ruefully. Markets have certainly lost a bit of that exuberance displayed in recent weeks. However, the risen inflation expectations that have been blamed for the sell-off, are now merely – at last – reflecting what the US Federal Reserve (Fed) had told markets to expect since the beginning of the year. Moreover, the global economy continues to motor towards a post pandemic recovery boom. Therefore, we view this sell-off as more to do with market participants experiencing a wave of vertigo, rather than a fundamental change of direction.

Another COVID variant scare may be bubbling up, but – without being experts – we can only hope it is likely to go the way of the Kent, Brazil and South Africa strains. The vaccination programme is almost certainly the cause of the impressive decline in bad outcomes from infections of all strands, and that means we are heading for some normality.

Even so, across the globe, the disruption of the past year is still readily apparent. The passage to normality is not smooth and some of the costs are, quite literally, becoming evident. Some of this has led to this week’s downdraft in risk asset markets. If the press is to be believed, almost all of the volatility was caused by the US consumer price inflation (CPI) print of 4.2% year-on-year. Somehow, the narrative has become about the Fed losing control, despite us all knowing that the events of the past 12 months would likely result in inflation of around 4% at mid-year. Taking that into account, core CPI has actually just about got back to trend.

Some components – used cars for example, which we take a short look at below, or food, which we covered last week – may have had a sharp rally (both at +20%) and outsized impact on US prices this quarter, but in this context, it would be unwise to confuse volatility with trend. As we laid out last week, for higher prices to stick, wages have to rise to compensate consumers for the higher prices the disruption has created – through some near-term changes in the wider structure of relative prices to one another. At the moment, and until there is proper visibility on the longer-term state of the job markets in the western world, most people will be content to make sure they are working, rather than immediately pressing for wage rises. Worries about inflation will become sticky if workers are in short supply for a longish period. We are just too early in the healing process for central bankers or markets to know.

Meanwhile, retail sales showed weakness rather than strength, an outcome which strongly suggests the  response to price rises from consumers is to pull back a bit. It certainly isn’t one that says the spending validates price rises. There is little sign here of sustained further rises in inflation expectations, and the lack of movement in the prices for inflation-linked bonds tell us that markets see it likewise – but that would clearly not have fitted journalists’ search for a narrative behind this week’s equity market wobble.
Yields of conventional bonds moved up somewhat in the US. But then, yields moved up as much in Europe, where the inflation figures were absolutely in line with expectations at an average of slightly below 2%.

Despite the press focusing on the inflation story, markets were probably just suffering a bit of a vertigo from over-exuberance in the previous weeks. Another probable contributor could be that hedge funds are quite extended in overall risk positions, and that the availability of ‘prime-broker’ financing by investment banks has become slightly less liquid in the aftermath of Archegos and Greensill. Retail investor flows into equities continue to be positive in comparison to hedge fund sales. However, these have reduced from the heady days of the first quarter.

China continues to be a bit of a growth party-pooper. We have been saying for some time that the Chinese policy response has been comparatively tight. There was some sign that the new lunar year holidays presaged a bit of spending, but this week’s data has poured more cold water on that hope. Total Social Financing growth (year-on-year) fell back to +11.7% and M2 money supply growth to +8.1% which may sound high, but returns it to the lowish levels (by Chinese standards) seen before 2020. Chinese markets seem to be under pressure, and stand in contrast to the good performance of other emerging markets.

Elon Musk and Tesla may have bought Bitcoin to hold as an asset, but they changed their mind on taking it as payment. The correction in the value of many cryptocurrencies is likely to have been another contributing factor to the general risk-off environment, but that’s not why we devote our third article to central banks’ digital currency thoughts and initiatives this week. We find the topic hugely interesting and think it will drive speculation (in every sense) in the months and years ahead. As always, we would be keen to hear your views and would encourage your active participation in the debate.