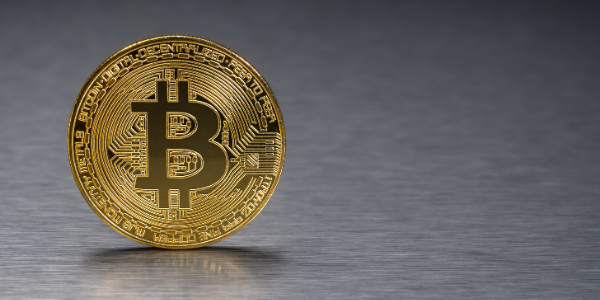 We have seen some impressive returns in capital markets since the depths of March. US equities stole the limelight for most of the year, soaring above their pre-crisis highs in the summer, but equally impressive has been the rally in some of the less traditional assets. On a percentage basis, Bitcoin – the much-hyped cryptocurrency – has delivered some of the best returns around over the last seven months. Worth around $5,000 per coin  in mid-March, Bitcoin is currently trading around $13,500. The world’s first cryptocurrency last saw such highs in 2019 – and only briefly. Before then, you would have to go back to the heady days of late 2017, just before the Bitcoin bubble burst, to see levels like these. But what makes the current rally more impressive is its stability. Unlike in the past, this looks more like sustained optimism than a sudden spike of exuberance.

No assets split opinion quite like cryptocurrencies. Designed as decentralised networks of digital transactions, the prophets of cryptos see themselves as vanguards of the future – a future full of technological wizardry and devoid of middle-men bankers. Sceptics see cryptos as gold for geeks, or worse – an asset whose substance is purely speculative and verging on fraudulent. But regardless of where one stands, the importance of crypto and digital currencies is clearly growing. The total market for cryptocurrencies is now worth around $500 billion (and $200 billion excluding Bitcoin), and major vendors are increasingly accepting cryptocurrencies as legitimate forms of payment. The more general idea of a digital currency is also gaining traction among the world’s central bankers, with 80% of the world’s central banks reportedly investigating Central Bank Digital Currencies (CBDCs).

It is worth being level-headed about these issues. First, we should distinguish between Bitcoin itself, cryptocurrencies generally and CBDCs. Bitcoin was the first major crypto, and is still the most popular, but it is only one of many. Its architecture forms the basis of most other cryptos: Using a decentralised ‘blockchain’ system, transactions are recorded in a decentralised ledger distributed across a network of users, where each user is a node in the network. New Bitcoins are made through ‘mining’, where users perform computations that help secure and verify transactioninformation. The amount of Bitcoins that can be mined for a given set of computational problems halves every time 210,000 blocks are added to the system (on average every four years). This limits the total possible Bitcoins at 21 million, with 18.5m of them having been created already.

While other cryptos may use something similar, CBDCs are substantially different. Unlike the decentralised blockchain system, CBDCs are designed to be distributed and controlled by central banks. This makes them much like paper currency (notes and coins we use every day) – the only difference being that central banks can hand out the money digitally, without the intermediaries usually needed for digital transactions. While CBDCs are a hot topic of research in monetary policy, there are not yet any CBDCs in wide circulation.

When it comes to cryptos (and Bitcoin specifically) the accusation often levelled is that they are inappropriate as currencies because they have “no intrinsic value”. This is somewhat rhetorical. Any currency, as a medium of exchange and store of value, only has value insofar as large groups of people are prepared to use it. But there is some truth in the accusation. Historical currencies usually have qualities that make it easy for people to value them: Gold is durable and has a natural scarcity, while fiat currencies are backed by state power to raise taxes and central bank control. In the crypto case, it is not clear what features of the ‘currency’ are supposed to stabilise people’svaluations of it.

That lack of stability is arguably the main reason why cryptos have not gained widespread adoption. Bitcoin’s value has increased tenfold since 2017 alone – with huge volatility along the way. While this trend might be exciting to return-seekers, it is hardly something you want in a currency. For any reliable medium of exchange, things today should cost roughly what they did yesterday. But throughout their existence, Bitcoin and the other major cryptos have traded much more like speculative assets than stable exchange mediums.

None of this is to suggest that Bitcoin or another crypto couldn’t become a stable and widely accepted currency. If everyone is confident enough in the value of a crypto to use it for all the daily activities we need currency for, there is no reason why it cannot become one. But we are a long way off that point and, given that the current value of cryptos is based on expectations of their future acceptance, we are inclined to see short-term price moves as little more than speculation.

CBDCs are a different story. Given their central bank control, they are directly analogous to regular currency. The main difference being that they could do away with the need for intermediaries like banks or other financial institutions. Indeed, as central banks globally look deeper into the idea of using their own digital currency for the wider public, much thought goes into the structure that is needed to make sure households and companies can easily use the currency, while stability and trust into the digital coin is maintained. This is an important issue, as today’s notes and coins (and indeed everybody’s digital bank account with a bank) relies on trust in the financial system – and not just on gold sitting in the vaults of the Bank of England. Along those lines, much consideration goes into consequences the widespread use of a CBDC could have for the financial system.

In any event, existing commercial banks are taking those scenarios seriously and strategise about the impact it could have on their business models. Given most of their revenue in transactional banking these days comes from credit charges for authorised and unauthorised overdrafts (rather than transaction charges) this threat may be far less significant compared to near zero or even negative interest rates. For point-of-sale payment facilitators like VISA, Mastercard and American Express, the threat of CBDCs may be far more substantial.

Some of the problems we have seen in 2020 – the difficulty of getting money from central banks out to people who need it – would be much easier to solve with CBDCs, to the extent that the US congress even floated the idea of a “digital dollar” at the onset of the pandemic. In such a situation, a digital currency would come closer to a fiscal tool (or at least be at the intersection of central bank and government policy), similar to when governments send cheques per mail. In a ‘new’ world, this would be done electronically and could be more efficient to transfer stimulus into the wider economy. As such, crises like the one we are in could help bring us much closer to a digital currency world. But practical adoption issues are still huge, and while we seem to be already on the path, it’s likely to be a long one.

So, the future of money may be digital, but in our view it is vital to distinguish central banks using digital means – as they have adjusted over centuries to adjust to technical progress – and purely private sector-driven digital coins. There are six widely accepted requirements that define ‘useful’ money (general acceptability, portability, durability, divisibility, scarcity and stability), and the latter still fails at least two crucial requirements – namely stability and general acceptability. We can debate whether portability is fulfilled, given save transactions are reliant on the availability of electricity and an electronic device. As such we would advise to take the technology surrounding‘cryptos’ very serious but consider their qualification as the money of the future with a solid amount of caution.