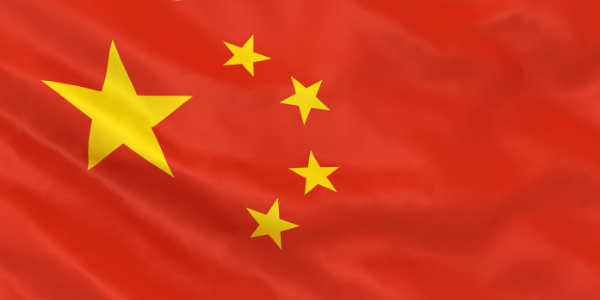 This week, Beijing forced out several pro-democracy lawmakers in Hong Kong, declaring them a threat to national security and putting another nail in the coffin of the ‘one nation, two systems’ principle. The move gave the Chinese authorities the power to dismiss politicians without having to go through the courts.

On Thursday, President Trump issued an executive order which will force US-regulated pension funds to divest from firms which are embedded in China’s military machine. He will do more in his remaining days in office – making other sanctions or tariffs more likely. And, while the Communist Party will hardly miss Trump, there is no guarantee that President-elect Biden will be any softer on the People’s Republic.

China’s stock markets appear to have taken a small hit from these events. However, its major domestic stock market indices were affected much more by another story.

Remembrance Day on 11 November has a solemn tone in the UK, but in China the day carries a completely different connotation. ‘Singles’ day’ – a reverse Valentine’s Day of sorts – is when Chinese retailers slash prices and a shopping bonanza gets underway. In recent years, it has become the largest shopping day in the world, in both physical and online terms. Naturally, this is a massive boon for ecommerce companies in China. But this week, China’s tech giants saw substantial falls in their share prices. Alibaba, the “Chinese Amazon” which has nearly 60% of the ecommerce market in the world’s second largest economy, tumbled 10% on Wednesday.

This was another round of a fight begun in October. Two weeks ago, China and the rest of the world was preparing for the world’s largest initial public offering (IPO), with fintech Ant Financial set to float at a market value of $37 billion. In recent years, Ant has become China’s largest online financial platform, providing payment processing and credit to individuals and companies as a unit of Alibaba.

As we commented in last week’s edition, the IPO was dramatically suspended on 3 November by the Shanghai Stock Exchange after a meeting between the China Banking and Insurance Regulatory Commission (CBIRC) and Ant/Alibaba executives, including Alibaba’s founder Jack Ma.

The Wall Street Journal reports that Ma himself precipitated the destruction of his assets’ worth. There has long been an air of enmity between Ma and President Xi Jinping, with Xi seeing the influential businessmen as a potential threat to party control. A few weeks before the planned IPO, the notoriously forthright Ma publicly attacked government regulators and China’s large state- owned banks, accusing them of a “pawn shop mentality” that only his company was there to solve. Some have even speculated that the Ant affair was a warning shot that could lead to Ma’s eventual arrest – and the entrepreneur has been suspiciously quiet since.

Later in the week the CBIRC significantly raised effective capital requirements for financial platforms – of which there is really only one. This week, Beijing proposed new rules for the broader monopolistic platforms, not just financial ones. And while the document says “Draft for comments”, all those affected know the new regime already applies.

According to officials, the primary aim is to create a level playing field for the “platform economy”, to encourage competition and reduce barriers to market entry.

For the first time, authorities are attempting to define anti-competitive behaviour in the internet sector, and have identified a number of practices which seem quite commonplace at present. They will examine and probably block exclusivity clauses, differential treatment of customers based on their spending behaviour and restrictive practices around access to products.

Clearly, this is a negative for Alibaba and other China tech superstars such as Tencent and Meituan. No matter what the substance of the monopolistic charges, targeted regulation specifically designed to change their business practices will hurt their revenues. International investors may worry that this might not be just about powerful tech companies; it might be a Communist Party crackdown on private sector freedoms; or it might even be an attempt to steal the success of entrepreneurship.

The draft sets out some details, but is not long. One part talks of dealing with companies on a case-by-case basis, another makes it clear that large players will have no refuge in arguing these details. The regulator will be judge and jury on what counts as anti-competitive behaviour, and there will be no right to appeal.

Beijing’s crackdown approach to governance – which has undoubtedly been amplified by Xi’s consolidation of power over the last eight years – makes investors understandably nervous. But we would all do well to distinguish what is happening now from what has happened before.

Back in 2017, we wrote extensively about Beijing’s approach to containing China’s burgeoning credit bubble and rampant shadow banking sector. A comprehensive regulatory framework was lacking, and instead authorities played ‘whack-a-mole’ whenever a new problem arose. This creates huge uncertainty and can significantly worsen systemic risks – hurting investment prospects. Bringing the hammer down on Ant was arguably a similar case. Even so, the new anti- trust framework seems different.

China’s tech sector is undeniably dominated by a handful of big players. This concentration has harmful effects, making it difficult for new market entrants, adversely affecting consumers and distorting financial markets. The government could deal with these problems as it has done in the past – delivering swift hit-and-runs whenever they so choose. But instead they have opted for a comprehensive regulatory framework, which should allow for a more stable type of governance.

Tech monopoly problems are by no means unique to China. A couple of months ago, the US Democratic Party released a mammoth report on the dangers of an unregulated tech sector, along with sweeping antitrust remedies. Much of that report is likely to end up in law under a Biden administration. European Union bureaucrats have conducted similar investigations into big tech, reaching their own policy conclusions. Interestingly, these measures were well-received in media circles, while the Chinese report (containing similar measures) has been presented as a dangerous crackdown by western media.

China’s regulatory and legal systems’ rules are best thought of as guidelines, and authorities have made no attempt to hide their desire to have the final say in antitrust cases. But from an investment perspective, the ‘tech crackdown’ is not necessarily a negative. If China’s government succeeds in putting together a framework which is applied reasonably consistently – and really achieves more competition, allows smaller companies to be profitable and to become largish companies – it would be a positive for the investment community over the long run – if only for an expansion of choice and thereby risk reduction through diversification.

From our perspective, the tech story is not the real issue with China. We have maintained our view that all the ingredients for a positive Chinese investment story are there. It is the only major economy on course for positive GDP growth this year, it is well into its domestic-led transition, it offers higher yields and greater stability than most other developed nations, and is increasingly open to foreign capital. Indeed, we suspect strong investment inflows to China are all but inevitable over the next few years. But international relations and a growing global consumer distaste for anything Chinese – rather than domestic political crackdowns – could spoil the party in the short and medium term.

The delicate political situation is why we have decided to remain neutral on China up to this point, despite the obvious economic positives. In a week where vaccine positivity gripped Western stock markets, the relative advantage of China having been able to live under COVID-19 without a vaccine has lost much of its shine. This, together with the relatively downbeat Chinese news has prompted an underperformance in Chinese equities. Looking forward, China presents a curious case of immense potential tinged with significant unknown risks. We will continue therefore to monitor and assess these risks closely.