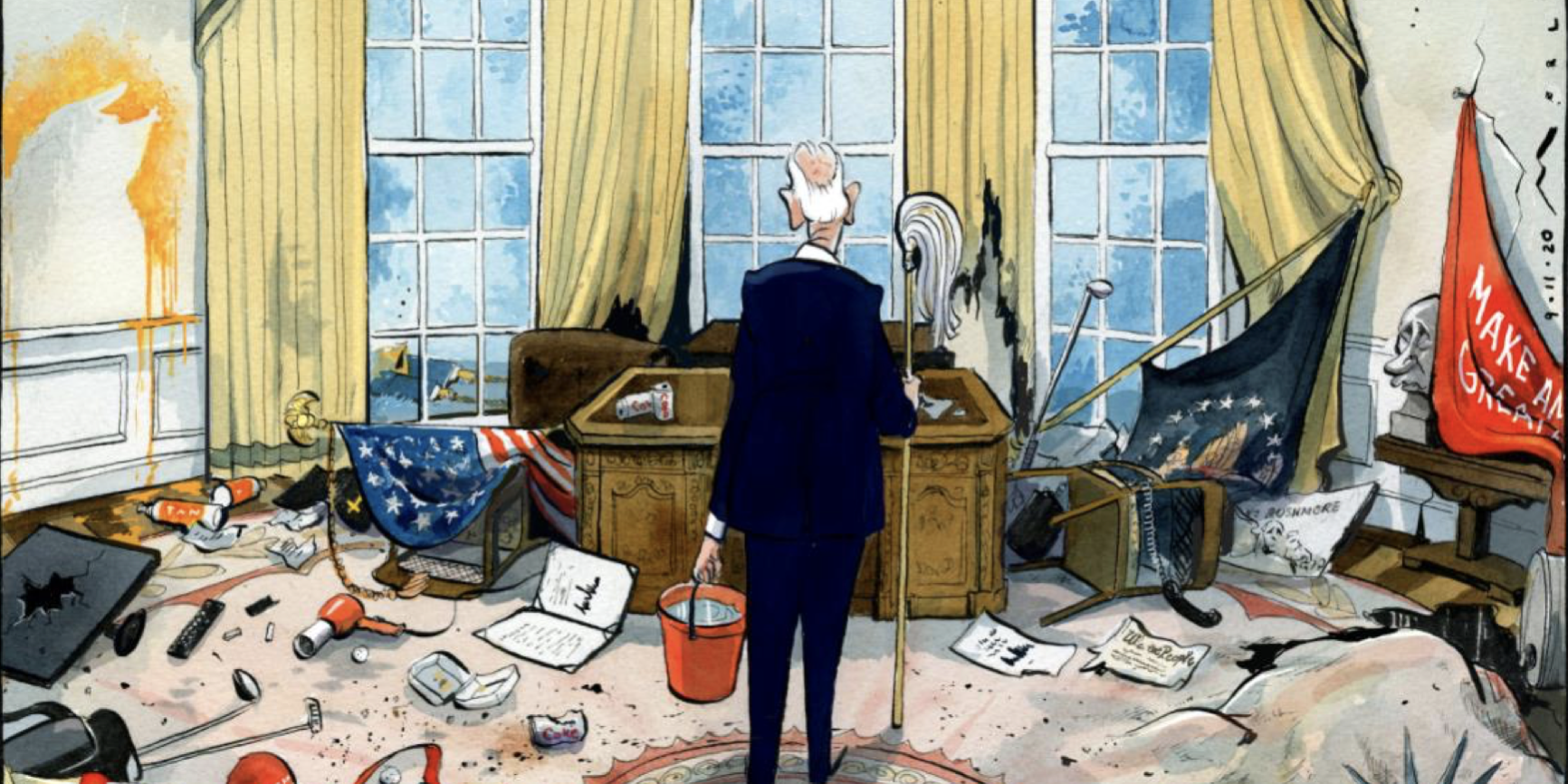 Just like 2020, 2021 has kicked off with rather more lively news flow than many will have hoped for when they gladly said goodbye on New Year’s Eve to what many experienced as a truly annus horribilis. Yet even though events of massive importance have taken place since we last reported, they are, in most instances, end points of the old phase. Since the beginning of the Christmas break we have seen four years of Brexit disputes come to an end, the four years of Trump’s tumultuous administration approaching its end (in very nearly the worst manner anybody could imagine), and the third national lockdown for the UK – but also with mass COVID-19 vaccinations of the elderly and vulnerable gaining speed and volume across the Western World.

The fact that capital markets continued trading in the upbeat mode they closed the last year with, tells us there are enough positive prospects on the horizon to make the negative news of the week fade in relevance. For the UK, there has been a sobering realisation that ‘the deal’ that replaces European Union membership terms for its main trade relationships is relatively thin and, in particular, does not cover services exports, which matters more for the UK economy than trade in goods, even if it is less tangible than empty shelves in supermarkets and price rises on cars. The muted response of currency markets is testimony that reaching this agreement was very much expected and priced-in, while the relatively more positive reaction of UK stock markets is only partially to do with the end of four years of trade uncertainty, and quite aligned with the global recovery rotation of business sectors that are highly geared to global economic activity levels, of which UK indices are full of in terms of energy, resource and bank stocks. We are covering the opportunities and challenges that arise from the final closing of the Brexit chapter in a separate article this week.

The shocking hostilities in Washington D.C. over the passing of power from one US president to the next left the stock markets in New York City largely unaffected. Indeed, overall they rose on the day, because the events on Capitol Hill overwhelmed the more important piece of political news for markets, which was that against all odds and expectations, president-elect Biden’s Democrats won both US Senate run-off elections in Georgia. This provides his incoming administration with the slimmest of majorities (a tied vote in the Senate means the Vice-President has the casting vote) and thereby turns the whole Congress (House of Representatives and Senate) in favour of the Democrats. Biden will have far greater legislative power to execute much of his structural renewal plans around infrastructure and green agenda. As we commented last year, this part of the Democrats’ post-pandemic recovery stimulus programme had been seen by economists and markets as a more sustainable and lasting growth impetus than Trump’s package of handouts and tax cuts. Given the slim majority, the jury is out on the increased probabilities of tax rises and anti- trust regulation bearing down on US tech giants. Judging by the initial market reaction, concerns over such headwinds remain very contained.

If both Brexit uncertainty and the Trump’s volatile administration are nearing their natural end points, with positive prospects on the horizon, then the return of severe activity restriction in the wake of exponentially rising rates of COVID infections seem to paint a very different picture for the shorter term. And yet, despite the economic hardship these will inevitable – and often arbitrarily – bring for different parts of the economy, the medium-term outlook of markets is far more driven by the ramping up of the vaccination campaigns than the short-term pressures on the economy. Compared to the 2020 lockdowns, governments are once again making considerable efforts to prevent the worst for their respective economies, while the vaccines should lessen the need for the most stringent restriction over the coming months, and thereby support improvements in earnings expectations.

So, even though the start to 2021 currently feels very frustratingly similar to where 2020 ended, thanks to the arrival of numerous efficacious vaccines, the medium-term outlook this time round is characterised by much higher economic visibility than the mere hopes which held up sentiment last year. This is beginning to find its reflection in capital markets, where we have experienced a significant increase in the longest-term government bonds’ yields. Market jargon refers to such rises as a bear steepening of the yield curve (between cash and long maturity bond yields). It is driven by improving growth expectations, and not just for the next couple of years, which undermines the value of bonds in circulation (hence bear, rather than bull steepening).

While this collective wisdom of capital markets bodes well for the 2021 economic development of corporate earnings growth in particular, rising long-dated bond yields can also quickly become a headwind for stock market valuation levels. As we explore in more detail in our December markets review article below, ultra-low bond yields in 2020 allowed historically exuberant valuation levels of equities to be broadly viewed as rational rather than irrational (i.e. in bubble territory). However, recovering bond yields put pressure on such valuation metrics and interpretations, because unless earnings begin to underpin valuations to the same extent as rising yields undermine their sustainability, then there is the risk that valuations drift toward irrationality. We will naturally monitor such developments closely, but for most of 2021 we firmly expect that earnings will indeed improve and – just as importantly – that when push comes to shove, central banks will keep a lid on bullish upward yield pressures through more quantitative easing (QE). Why? Because, just as in March 2020, central banks understand more than anybody that unless financial markets remain stable, the economy lacks the breathing space to recover to its previous potential. Unfortunately, this brings with it the undesired side effect of asset bubbles forming in certain speculative areas. QE in the aftermath of the Global Financial Crisis led to such bubbles in commodities and some forms of property. This time, we already can see crypto currencies and certain tech market darlings such as Tesla distinctly in bubble territory. Ongoing ‘bubble watch’ will therefore be very much part and parcel of investment managers’ ongoing duties during 2021 and, most likely, beyond.