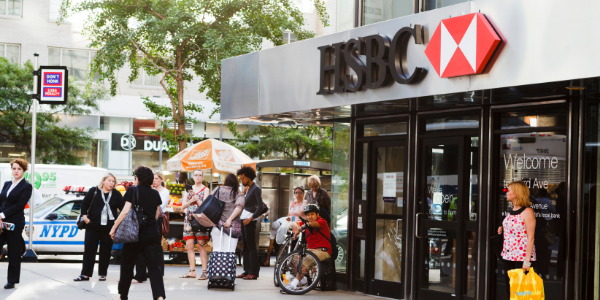 Given the roller-coaster week it has been for markets, the economy and everything else, you would be forgiven for missing a story about bank reports. But this week’s release of the FinCEN files – so called after the US Financial Crimes Enforcement Network – contained plenty of intrigue, from fraud and money laundering to Russian oligarchs and terrorist bank accounts. Leaked documents covering the period from 2000 to 2017 show that the world’s biggest banks allowed at least $2 trillion of suspicious transactions to go ahead, in what investigative journalist Fergus Shiel called an “insight into what banks know about the vast flows of dirty money across the globe”.

The usual suspects all made appearances, with JP Morgan, Barclays, HSBC and Deutsche Bank all involved in reporting fraud, money laundering or breaking international sanctions – among many others. Regrettably, the City of London also had many mentions in the files, with over 3,000 UK companies named in the suspicious activity reports – more than any other country.

Still, the leak highlights a global banking flaw, at an inopportune time for policymakers. Throughout the pandemic and economic shutdowns, central banks and governments have been intent on making liquidity available to businesses and individuals. Through its extensive asset purchase programme, the US Federal Reserve (Fed) has injected huge amounts of liquidity into the financial system, with no sign of letting up. But without an effective banking system to get that money where it is needed, central bank liquidity will remain central.

As such, central bankers have also tried to loosen restrictions on banks to get them lending more. Through his tenure – and especially from the onset of the current crisis – Fed Chair Jerome Powell has overseen a slight, but steady, easing of regulation built up since the financial crash. To make sure more loans are made, capital cushions and risk requirements have been eased. This is a natural and expected reaction to a recession as deep as this one – particularly one caused by an entirely external shock. But stories like the FinCEN files underline the danger in doing so.

What’s more, in spite of the relaxed restrictions, and the resolve of central banks – in the US and elsewhere – to introduce emergency funding measures and favourable loans for businesses, we have seen many reports of banks still hesitant to lend. The decision to lend – and the risk that comes with it – ultimately rests with the bank. Recently, the US senior loan officers survey revealed that some lenders are unwilling to take on this risk, through fear that borrowers will be unable to pay it back.

Again, this is to be expected. Banks are, by their very nature, pro-cyclical. When the economy is booming and profits are strong, lending is easier to do. But in a recessionary environment – especially one where government rules might prevent businesses trading at any time – lenders will be more wary. As we have written before, these transmission problems make the policy response difficult for governments and central banks.

In any crisis, when policymakers want to get money out to the economy, banks are the first port of call. But they may not be the best port of call. Direct fiscal action – transfers, discounts or tax cuts rather than loans – are often more effective in crises precisely because they bypass transmission problems. In the UK, that steady fiscal flow looks set to continue. But in the US, largely because of its fractious political environment, the outlook for fiscal stimulus is much more uncertain.

Nevertheless, there are alternatives to directing funding through banks. Cleveland Fed President Loretta Mester spoke this week about how it can utilise a ‘digital dollar’ to get cash to where it is needed faster. In general, the economic importance of banks – as the lender of first resort – has been diminishing for years. This is particular true in the US, where corporate loan markets have received a great deal of attention from fund managers, but the rise of new financial technology firms has made transactions, deposits and loans more available everywhere, without having to go through traditional banks.

None of this is to understate the importance of an effective banking system for the economic recovery. Indeed, the pandemic has shown banks are still essential in getting liquidity out to the economy. But issues like these make it difficult to rely on banks alone, and highlight how important fiscal action is in seeing us through the crisis.

And what of banks themselves? In this week’s market sell-off, banks all over the globe had a particularly torrid time. Some of this could have been down to the FinCEN scandal, and the possibility of some renewed regulatory attention on the sector, but most of the nosedive was caused by markets’ economic pessimism. With interest rates pegged at zero for the foreseeable future, the short-term outlook for bank profits is limited – particularly if we do not see more fiscal action in the US.

When debtors are happily paying interest, banks are fine. When those debtors break the conditions on the loans, stop paying interest or fail to pay the money back, banks are under strain. Of course, that’s what their reserves are for and the question is always “have the banks already got enough reserves”? The good news is that the Western world’s banks are generally well capitalised. With perhaps the exception of some of Europe’s weaker small banks, the system is as stable or perhaps in better shape than at any time in the past 30 years. If anything, the aftermath of the global financial crisis has meant banks have had to carry significantly more capital than might have been thought necessary. The restriction on dividends and the impact of government guarantees for emergency corporate funding has meant many of these banks are likely to remain healthy even in the face of a possible “double dip”.

So, the current economic crisis is not a financial or banking crisis. Whereas previous downturns were brought on by reckless lending, banks had done a great deal to minimise their risk exposures before the pandemic. And, even if COVID risks did prove overwhelming – which looks unlikely – governments would almost certainly not allow a banking collapse to pile onto the current crisis.

Let us return to the FinCEN issue and add some perspective to this latest bank ‘scandal’. Barclays, HSBC and Standard Chartered were said to have had £2 trillion of suspect payments over the past two decades. This sounds a lot, but the UK banking system on its own currently processes £2 trillion of payments approximately every four days (according to Bank of England Real-TimeGross-Settlement system data). Meanwhile, Oliver Wyman analysis from 2017 reckoned that at least 90% of suspect payments activity warnings were false positives.

And, as Wirecard has shown, banks are easier for a regulator to regulate than the largely unknown Fintechs. We should not be surprised that criminals are everywhere, and we should want them to have the hardest time getting funds laundered as possible.

Finally, given its low starting point and sensitivity to the global economy, the banking sector stands to offer significant upside when fortunes do eventually turn around. More fiscal action, the development of a vaccine or a quicker-than-expected rebound in sentiment are all possibilities that could prompt a quicker economic recovery. Even with all the headwinds and negative news stories, we suspect that any further sell-offs will be limited. From here, banks stand much to gain.