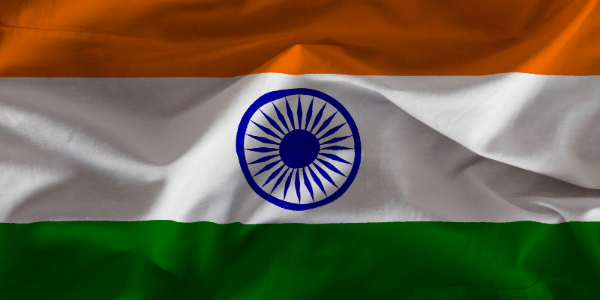 Indian equities have been on a roll. Since the global sell-off through the end of February and March, Indian stocks have recovered over 40%. That still leaves the Indian market down around 2% year- to-date, but compared to other emerging markets, India is faring well, outrunning China particularly over the past couple of weeks. One of the most impressive features of the recovery is its consistency. India is now one of the best-performing emerging markets when measuring on a one month, three-month or six-month basis. 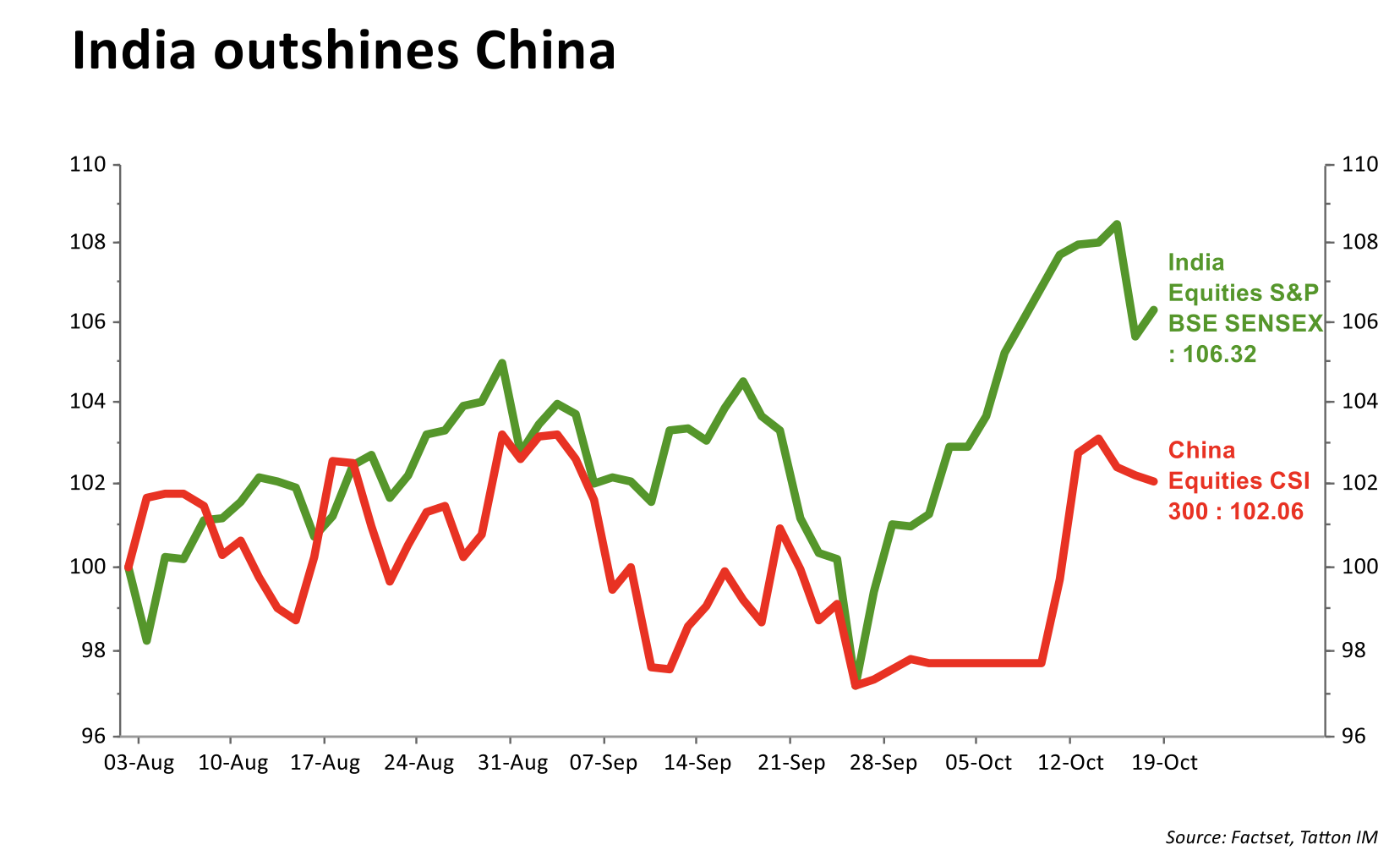 From the titbits of news we see here, this may come as something of a surprise. The world’s second-most populous nation was deemed at huge risk from COVID; its densely-packed conurbations, and less-developed healthcare infrastructure, make it an unfortunate place to be in a pandemic. Sure enough, in absolute terms the country has suffered heavily in the last six months. Over seven million virus cases have been reported in total, and more than 111,000 people have lost their lives to the disease – although, relative to its vast population, this still means that they have been less affected than for example Germany.

More recently, however, things have been improving. India experienced the worst of its epidemic much later than the rest of world, with the highest seven-day averages for both daily cases and deaths coming in September. Since then, both daily figures have been steadily declining, while the US and western Europe experience sharply rising second waves.

With the peak now seemingly behind it, the Indian government has begun slowly easing restrictions and life is gradually returning to normal. On latest estimates, economic activity in India is now at 93% of its pre-pandemic levels. Business sentiment is improving too, with surveys for both the manufacturing and services sector showing a positive outlook. A new spurt of infections is an ever- present risk, but the hope is that consumer demand will improve over the last quarter of the year. There is still some way to go, but while much of the developed world continues to struggle with virus cases and new restrictions, things look comparatively more under control in India.

The recent equity rally no doubt has a lot to do with the economic restart. But in many respects, the risk associated with India for capital markets is not so much to do with the virus. For international investors, the key issue is what it has always been: the ease, or lack thereof, of doing business. India has long had significant barriers to trade and investment, owing to its fractured legal system (where laws and regulations vary dramatically from state to state), bureaucracy and widespread corruption.

Policy is therefore a key part of any outlook for India. Narendra Modi’s premiership is now into its seventh year, and while he has been harshly criticised for his sectarian and authoritarian policies, he has made economic reform a central part of his premiership. His government’s reforms have sometimes been harshly criticised for how they were handled – such as the demonetisation of large banknotes and sudden introduction of a standardised sales tax. But implementation issues aside, most agree that these changes needed to be made, and the hope is that they will prove beneficial further down the line.

That reform drive seems to be ongoing. Even with significant COVID disruptions this year, the government has made significant regulatory changes designed to streamline business operations. But the process clearly still has a long way to go. India is still one of the harder countries in the world to do business in, and the overarching problems – corruption and fractured political structure – are still very much there.

Other aspects of policy also leave a lot to be desired. While most major economies have pushed through significant fiscal packages during the pandemic, India’s fiscal response has been timid. This week, the government announced a second round of fiscal stimulus worth $6.4 billion – about 0.2% of India’s expected real GDP in 2020. It brings India’s overall fiscal spending on coronavirus- related measures to 1.2% of GDP, well below the average for major economies. In such testing times, fiscal stimulus is crucial, so the government’s modest spending is disappointing.

It highlights how constrained Modi’s government is in tackling India’s economic problems. One of the reasons other nations have been able to spend big through the crisis – while their central banks poured huge amounts into the financial system – is because both inflation and government bond yields around the world are pegged at near zero. In India, things are different. Headline inflation is still at concerning levels despite the economic shutdown, and interest rates are consequently higher than anywhere in the western world – with the ten-year yield hovering above 6% since the onset of the pandemic.

Given the government’s dwindling revenues, borrowing to fund fiscal stimulus should be a priority. This will be extremely difficult while interest rates and bond yields are still comparatively high. But there are thankfully some signs that inflation may be coming down. This would be a positive, as it would give the Reserve Bank of India reason to cut interest rates – thereby giving the government some much needed fiscal headroom.

At the moment, the lack of fiscal stimulus drive remains one of the key obstacles for India. As such, we hesitate to say whether the rally in its stock market can continue. If this obstacle can be overcome, the outlook for India would look much brighter. The Prime Minister’s reform drive – controversial as some measures may be – is clearly working to improve the ease of business. And with virus cases now looking more under control, there are reasons to be optimistic. For now, with the difficulties that remain, India’s outlook is finely balanced.