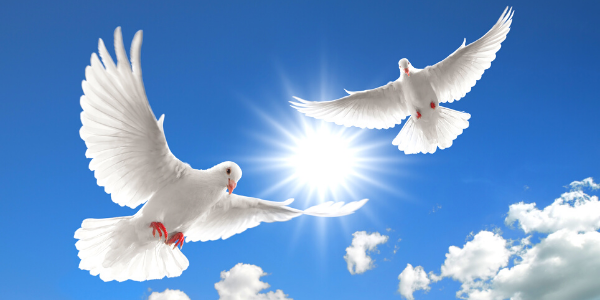 Interest rates are on hold for years to come, according to the latest announcement from the US Federal Reserve (Fed). After its two-day meeting, monetary policymakers resolved to keep interest rates close to zero, and signalled more of the same until at least 2024. This comes despite upgrades to the Fed’s own economic forecasts, which now plot a stronger path out of the pandemic for the US economy. Due to the rapid vaccine rollout in the US, and a heavy dose of fiscal stimulus from the Biden administration, the Fed’s growth forecasts have moved sharply higher to a 6.5% expansion in 2021 – the biggest since 1984 – with unemployment expected to fall to 4.5% by the end of the year.

Nevertheless, Fed chair Jay Powell is preaching caution: “No one should be complacent… At the Fed we will continue to provide the economy the support that it needs for as long as it takes”. Keeping things easy in the face of vastly improved economic prospects makes for quite a change for the Fed. A recent review found that, in the past, policymakers had leant (too) heavily on the inflation targeting part of their ‘dual mandate’, to the detriment of US employment. More specifically, gauging slack in the economy through the unemployment rate had proven misleading in anticipating wage pressure. As has been well-publicised, the Fed has since resolved to shift its framework in response to having undershot its inflation target of 2% for many years, by: a) applying various measures of employment (and not just unemployment) as the reference for assessing the labour market, and b) importantly inflation will be allowed to run above the target of 2% after a period of having undershot its objective. We are now in such a situation.

For observers fearing a rerun-of the 70s, it may be re-assuring that price stability is still the Fed’s mandate, as well as ‘moderate long-term interest rates’, as defined by the Federal Reserve Act in 1977. The translation of those objectives into the economy has changed and, in fact, will be re- assessed every five years. We would also point out that financial stability – which would include debt driven asset inflation – has found its way into the current monetary policy strategy. Improvements to the growth outlook are a test of that new resolve.

Capital markets responded positively to the Fed’s structurally dovish move at the time, expecting easier financial conditions and a more supportive environment for the near future. But doubts are creeping in, as improving growth expectations have led many to believe support should be withdrawn earlier than suggested. That the Fed has stuck to its guns and signalled zero interest rates for several years is therefore a good sign.

This back and forth has been most clearly visible in bond markets, where yields on longer-term US Treasury bonds have been rising for weeks, while shorter maturity yields have hardly budged. The Fed is still engaged in an indefinite bond-purchasing programme, pumping liquidity into the economy, pinning down bond yields and thereby giving the Treasury greater spending power. But unlike some other central banks, the Fed has no explicit target for longer-term interest rates, opting instead to announce the size of its purchases and allow markets to do the rest.

Policymakers do indirectly influence longer-term rates via their short-term control. That is, yields on bonds with longer maturity should reflect what the market expects the likely path of interest rates to be. Rising bond yields indicate that bond investors believe the Fed will have to raise rates sooner than it plans to. Powell and co have repeatedly stated their desire to keep conditions loose, but markets seem to not be buying it.

This is a problem for the Fed. Amid the deepest global recession on record and, despite some positivity on the horizon, the economy still needs a big helping hand to reach normality again. Keeping policy loose and liquidity abundant is therefore a must, but rising bond yields have the natural effect of sapping the available capital away, as the ‘risk-free’ rate of return increases – effectively leading to a tightening of financial conditions by means of market forces not central bank intervention.

Investors’ doubts ultimately come from a place of optimism. They believe growth will return in strong enough force that the Fed must clamp down on runaway inflation. But paradoxically, this optimism could well get in the way of that very growth from happening, by tightening up conditions prematurely and choking off the recovery.

For the Fed, then, communicating its dovishness is key. Part of the problem stems from that, with a new policy framework now in place, markets still do not know how the Fed will react to incoming news. Indeed, policymakers themselves seem somewhat unsure of what their new ‘reaction function’ should be. The Fed had been planning to switch to a more employment-focused setup for some time, but ended up having to make the switch as US unemployment soared to all-time highs, and the global economy shuddered to a halt.

There are many unknowns, not just in the Fed’s policy but in how the economy itself will behave. How will the catch-up recovery feed through into inflation and employment numbers? And what will the lasting effect of the substantial fiscal stimulus package be? Questions are also being asked of what the planned infrastructure package will look like, as it makes a difference whether it will be funded with higher taxes or just with debt issuance.

For the moment, the Fed’s answer is that inflation will return, but will only be transitory and therefore contained, even with the added charge of fiscal stimulus. In the current environment, we should expect the recovery to be somewhat volatile, with base effects from last year making jumps look bigger and slowdowns more abrupt. In keeping rate expectations down despite stronger growth forecasts, policymakers are telling us they plan to look through this volatility, toward the longer-term picture. Similarly, the Fed’s best guess on the fiscal front is that we will not see a sharp rise in employment, and that the scarring effects of the virus could persist for some time.

Markets appear more optimistic and therefore still sceptical, but clearly the Fed is doing all it can to convince otherwise. By showing off its flat ‘dot plots’ (see chart below), it is reaffirming its commitment to keeping financial conditions looser for longer (the dots represent each committee members’ rate expectation for the future). Given the huge impact this has on bonds and the wider economy, we can only hope the Fed’s steady approach can also translate into some calm in bond markets, which in turn serves as appeasement to stock markets.

Given market participants know very well that stock market valuations are a large component of financial conditions, there is a risk that they will inadvertently put the Fed to the test as they try to get to grips with its changed reaction function. In the past this has led to the paradoxical situation where improving economic news is greeted negatively by risk asset markets, and vice-versa. We expect recent market volatility to continue, but as long as the economy actually improves there is not much to suggest this will create a more lasting downdraft effect – as long as central banks stay true to their word and stick to their steady course, even when price levels pick up. 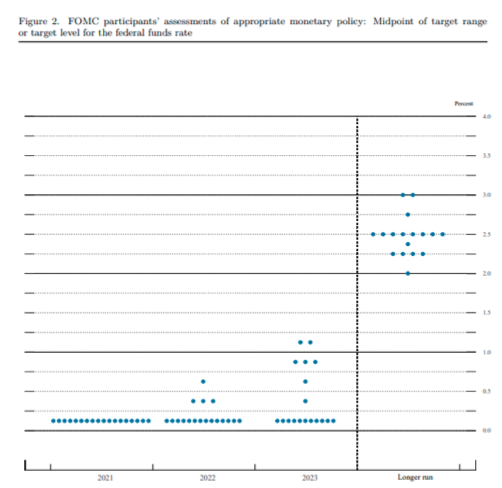