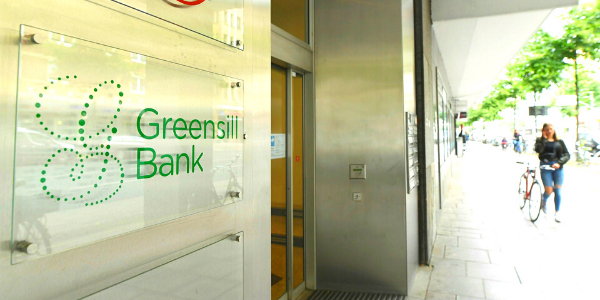 The collapse of supply-chain financer Greensill Capital has all the hallmarks of a classic business scandal. Once hailed as a shining example of the UK’s fintech start-up potential, Greensill attracted attention from international giants such as Credit Suisse, hedge fund manager GAM and private equity house Softbank, and even managed to snag former Prime Minister David Cameron as an advisor.

At the outset, Greensill delivered. It generated handsome profits exploiting an area not well-served by the banks. It was also really good at self-promotion. Therein lay the path to its demise. The company exceeded the capacity of its profitable niche. Rather than acknowledge this, it chose to take much more risk while hiding this from its backers. It all came crashing down earlier this month, and the firm was forced to file for insolvency.

But it is not just the reputations of those who lent their names and money to Greensill on the line. While the company’s demise will not cause systemic weakness for the wider financial world, it could have a big impact on many businesses in industry and trade.

Let us take a step back. ‘Factoring’ is an age-old type of financing. A company supplies goods to another business and bills them in the expectation of being paid “in due course” – historically, good practice would be within a month. However, often suppliers might need the cash before being paid so they would sell the invoice to a third party at a discount to the amount on the bill.

There’s an associated financing practice called “reverse factoring”, where the receiver of the goods gets a financing company to pay its bills on time, and then pays the financer more than the bill at a later date. For the most part at the beginning, Greensill handled this side of this equation. Both, factoring practices were a staple for commercial banks, but post-financial-crisis regulation and capital restrictions made them much less profitable. This is where companies like Greensill came in. They managed to build a lot of relationships, collected together many reverse-factor assets and aggregated them into pools.

By their nature, the assets were short-term but constantly being rolled over for short periods, which lessened credit risk. The pools could be diversified and didn’t necessarily need to be regulated. They looked like short-term deposits with a very good return, ideal for well-informed investors, as long as they were in a suitable vehicle, like a fund.

Greensill appeared to be able to place substantial amounts of short-term capital, and many with a large appetite for short-term, asset-backed cash+ yields were happy to provide it. Greensill was mainly financed through a set of Credit Suisse funds (around $10 billion), a GAM fund (around $800 million). This international setup meant that there was little supervision of Greensill, operating in London, which meant the firm managed to evade the watchful eye of regulators, although Greensill did buy NordFinanz Bank, a German-registered bank.

With increasing demand for low-risk positive cash returns at a time when Eurozone banks were charging (rather than paying) for traditional deposit taking, Greensill expanded its operations over time beyond traditional supply chain financing, and started looking for all it could to package in its products. It faced a choice of competing for other low-risk assets with slim margins, or looking for higher-risk higher margin assets. It chose the latter.

Reverse-factoring is a process for paying off existing contracts but, according to a Bloomberg report, Greensill were prepared to lend their clients’ money against “anticipated” bills – future payments to suppliers (and receipts from customers) they did not have yet. The language used in generating the asset made it look just like a normal reverse-factor asset, but these were straight loans dressed up to disguise their real nature from the ultimate buyer of the funds.

It appears that some of the counterparties to whom Greensill was lending believed Greensill’s lending was not absolutely long-term in nature. This is now the focus of a lawsuit against Greensill from mining company Bluestone Resources. However, it is possible that the largest and least creditworthy debtor was complicit in the disguise. Steel company GFG appears to have financed part of its expansion using money supplied by investors who thought it was low-risk and short- term.

Another aspect was that the company’s funds were sold to investors as having assets which were “fully insured” against default, but it now seems that Greensill have been struggling to maintain the credit insurance coverage on them since last summer (after an Australian insurer realised the assets might not be quite what they thought. There’s a story in the FT about David Cameron lobbying on Greenhill’s behalf in the insurer’s tiny Sydney office). Many parts of Greensill’s dealings now look suspect, such as the fact that the beneficiary of the insurance is suggested to be the now-defunct bank.

There will be a substantial investigation into Greensill’s activities, but it is clear the firm was at least verging on fraud. Just like during the sub-prime mortgage crisis, all the players were incentivised to package as much product as they could get their hands on. In this case, the product was corporate quasi-receivable payments.

There is a great deal of uncertainty around how big Greensill’s debts are, and who will bear the cost of them. These financial instruments were sold to investors as short-term cash deposit-like exposure, but this form of ever-revolving financing became so key to Greensill’s corporate clients that the company began considering and charging these facilities as long-term – which they effectively are – as those clients were generally unable to repay the debts without materially damaging their financial positions. The result was that in the end, more and more higher-risk long- term financing was sold as short-term sure things, only for the investors involved to be left carrying the can when the truth emerged.

Greensill’s products were sold as highly liquid, but given their underlying nature, they ended up with a lack of liquidity. Because of this, and the general lack of investment grade exposure, Greensill investors are likely to sustain significant losses, especially if GFG is proven to be complicit. Credit Suisse will probably have to consider stepping in, to bear the brunt for those who became exposed to Greensill through their $10 billion fund, if only to save its reputation with clients.

Germany’s bank regulator BaFIN will also face further questions, less than a year after the Wirecard fraud was exposed. UK regulators will also need to examine how corporate finance should be monitored, although the fact that the funding came from offshore might make it less problematic. The UK will be particularly reluctant to increase regulation for businesses and expert investors at this time.

Ultimately, the Greensill story is one of excitement over an innovative financial instrument turned to greed – people chasing the perfect return scheme and pretending they have found it. It is far from the first story of its kind and, unfortunately, will not be the last. The financial system is currently swimming in liquidity, a good thing for the global economy, but ultimately one that is ripe for opportunism. There is no escaping the truism: caveat emptor.