The world is moving on from the pandemic 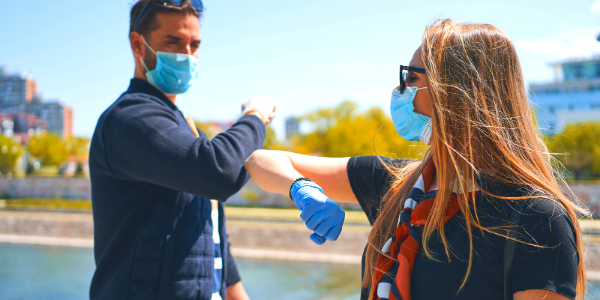 It has been another week of markets feeling on edge, without going anywhere. Markets seem to have caught a bit of worry about the passage of growth, oddly just as the wider populace gets more confident and the recent headwind of rising bond yields abated.

Perhaps we should attribute the bubbling up of political tensions as the cause of the recent market torpor, replacing expectations of a very fast and unprecedented recovery growth spurt with just a fast and substantial one. In any case, we end the week with a slightly lessened sense of EU-UK conflict, with Boris Johnson putting in a creditable performance in discussions with European Union (EU) counterparts. Meanwhile, in his first press conference, US President Biden delivered a calmer presence after some unexpectedly confrontational noises towards his Chinese and Russian opposites.

In Europe, pandemic politics continues to dominate, with EU leaders still embroiled in unseemly skirmishes over the ineffective vaccine distribution and its consequences. Germany’s Angela Merkel faced her own crisis, after a backlash from lockdown-fatigued German citizens, who simply said “Nein” to her new Easter restrictions. One might think this would be a bad thing for markets, but private freedoms are what makes markets function. Perhaps the prospect of regaining those freedoms are also why business and consumer confidence readings this week were especially robust in the EU, stronger than economists were anticipating and at levels we seldom see. We look at these ‘flash’ business confidence indicators in detail in a separate article.

Other measures, like the IFO Institute business climate index was also substantially stronger than expected, led by a considerably improved expectations component (outstripping Bloomberg’s economist consensus panel by 4 points, a huge gap). These type of margins have only occurred previously in periods of growth after exiting recessions.

Looking through the political lens, politicians have every incentive to overcompensate economically for their shortcomings in the vaccination roll-out. With Germany and France both  heading for election campaigns, ‘effectiveness’ should be very much the mantra of politicians through the rest of the year. The gap between the temptation for the electorate to swallow simplistic populist slogans from opposition parties and the more rational science-based approach favoured by incumbents will likely create tension. German politics remains very centrist despite some worries about right-wing populist parties like the AfD. However, the situation may have some read-through to France’s elections next year where currently the two most likely candidates remain Emmanuel Macron and nationalist Marine Le Pen.

Meanwhile, the US Treasury has announced it has now handed out 127 million Rescue Act payments, amounting to $325 billion since the bill’s passage on 11 March. That figure is over 2% of the pre-peak yearly personal consumption. Talk about effective… The US is already in the process of increasing the opportunities to spend, but is finding that a rapid expansion could prove more difficult. Durable goods turnover data showed a contraction in February, mostly because of the cold weather, but partly because goods were in short supply. In the coming months, US consumers are likely to shift expenditure more towards services (tourism and leisure particularly), and the weather is not going to remain a limiting factor. This is already affecting employment – leading to consumer sentiment improving on the back of tightening jobs markets.

So, despite the latest pandemic updates not providing the short-term relief that many were hoping for, the medium-term prospect of easing restrictions and a gradual reduction in the impact to public health is well worth holding on to. Both the public at large and the business community are once again taking the long view, and moving on towards a post pandemic perspective.

Given the lack of short-term certainty, market activity cannot be expected to run in a straight line, even as economic activity improves. But increasingly, the topics that preoccupied the pre-COVID world – such as the risks arising from geopolitical tensions (covered this week) – are becoming focal points once again. That may provide an element of comfort for a world that has grown so weary of talking about COVID, but it also underlines the fact that economic opportunities and challenges far bigger than the pandemic (such as climate change) are still waiting to be addressed.