The uncertain strength of the US dollar 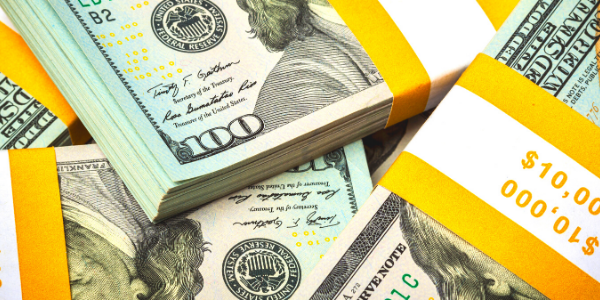 The dollar has been on a good run lately. Over the last month, its value against the other main currencies has steadily risen. The move has been particularly pronounced against the euro, which fetched $1.23 in currency trading at the beginning of the year, but has since fallen to $1.20. Moves have been less pronounced against the Chinese renminbi (RMB) and – particularly – sterling. Buoyed by a rapidly progressing vaccination programme and a fading of Brexit uncertainties, sterling itself been strong in recent trading. That it has stayed mostly flat against the dollar so far this year is therefore a sign of the greenback’s strength. 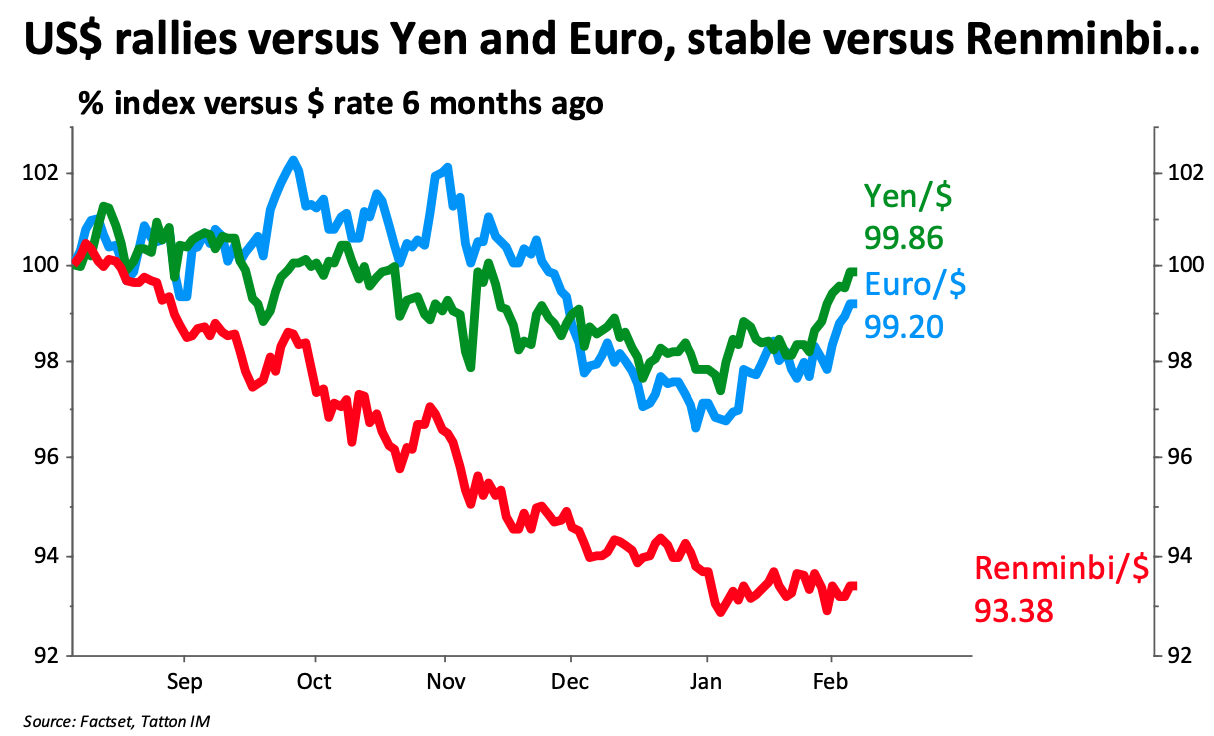 It marks a change from what we saw last year. For most of 2020, the dollar steadily but surely sank in value against other major currencies by around 10%, as the US Federal Reserve (Fed) unleashed historic monetary support and markets turned positive on the prospects for post- pandemic recovery. As the world’s reserve and ‘safe haven’ currency, this risk-on sentiment is positive for global currencies and global growth – leading to dollar weakness when investors expect a cyclical rotation.

Coming into 2021, those cyclical expectations were bigger than ever. Markets are practically certain that a strong global economic rebound will be underway in the second half of this year. As such, we expected relative dollar weakness – or, at least, not strength – to continue over the medium term. So, how does the recent rally figure into the outlook?

We should be careful here to distinguish short-term price movements from longer term economic trends – all of which are reflected in relative currency values. Markets are certainly still positioned for a global economic recovery later this year, but for the shorter term this confidence has faltered somewhat in recent weeks. The increased risk aversion has sent traders into dollar assets, pushing up the currency. The short-term trend was compounded by technical factors this week after many short-sellers were squeezed out of their positions – particularly against the Japanese yen.

Short-term changes in market direction are no surprise, but the question is whether they will lead to a sustained trend in currencies. For now, the dollar is supported by the fact that, not only have short-term global growth expectations been pushed backwards, but US growth expectations have remained relatively more positive. Recent data from Asia – previously leading the way in COVID recovery – points to a much less upbeat outlook than the beginning of the year, while Europe continues to struggle with repeated lockdowns and vaccine procurement.

What’s more, one of the big factors behind dollar weakness last year was continued strength of the Chinese RMB. But the Communist Party often takes a proactive approach toward its currency, and we know that there is only so much RMB appreciation it is willing to tolerate – particularly as it continues to deleverage the domestic economy. If the RMB falls against the dollar too rapidly or too much (some point to Chinese authorities willing to tolerate 7% appreciation per year), it might be forced to intervene (mostly not directly but via large commercial banks) – limiting the dollar’sdownside.

These factors suggest the dollar has little to drag it down over the next few weeks – global developments permitting. Beyond those consolidation considerations, two factors are for now likely to limit dollar upside.

First, global risk appetite remaining constructive. As countries become increasingly successful in rolling out the vaccine, and fiscal support prevails, investors are likely to direct their attention towards regions and sectors that struggled throughout 2020. A lot of those are outside of the US, and hence not dollar-denominated. Of course, there may well be delays and backslides before we get there, and much will also depend on the nature of stimulus deployed in the US and elsewhere. But by and large, this appears to be the direction of travel and speak in favour of a weaker dollar.

Second, inflation-adjusted remuneration for US dollar yields remains firmly in the negative – despite the recent steepening in the US yield curve (i.e. yields on longer maturity bonds rising more than shorter maturity bonds). Moreover, there is some evidence that the dollar is more sensitive to the short-end of the curve (around the two-year part). For this to change, the market would need to price-in interest rate hikes by the Fed, which will take some time from here. So again, for now, negative real yields are not very dollar-supportive.

Of course, currency rates are always a comparative business. While the dollar has more negative real returns than the euro, could it be that Eurozone inflation expectations rise and take the shine of the euro? This may well be a development down the line, and tie into our view that a dollar meltdown appears less likely in the coming months.

Even if dollar weakness may have run its course against developed world currencies, a clearer picture emerges in emerging markets. Last year, the dollar only fell against Covid winners, whereas the laggards saw their currencies weakening. With the global economy recovering and also reaching wider parts of emerging markets, these currencies are likely to see some appreciation.

Besides cyclical and asset allocation-driven considerations, there is some evidence that currencies move in long-run cycles. The US dollar peaked (in nominal terms) in 2001, troughed with the global financial crisis in 2008, and since then had been on an upward trend. One factor may have been that US assets and its currency have been supported by a relative lack of confidence in the world’s second most prominent currency: the euro. Since the financial crisis, an ongoing structural crisis in the Eurozone has led to a preference for dollar assets.

Meanwhile, observers like Crossborder Research point to the effects of Basel 3 regulation which requires banks to load their balance sheets with safe assets. On a global scale these safe assets happen to be US Treasuries. But this rebuilding process has been broadly completed.

The impact of both of those factors is now greatly diminishing. There is no great structural crisis in the Eurozone, and Basel 3 is beyond the peak of implementation. This takes away a big structural push toward the dollar, and could lead to a weaker long-term trajectory.

Still, for the short-term the US currency looks well supported. We should remember that longer- term trends are never a straight line, and we could well be in for more strength in the short-run. It is important to note, however, that ultimately sustained dollar strength right now would be a negative for the global economy – tightening financial conditions and choking off recovery before it has begun. Thankfully, cyclical and structural indicators suggest this will not be the case.