Will the IPO feast leave some investors with indigestion? 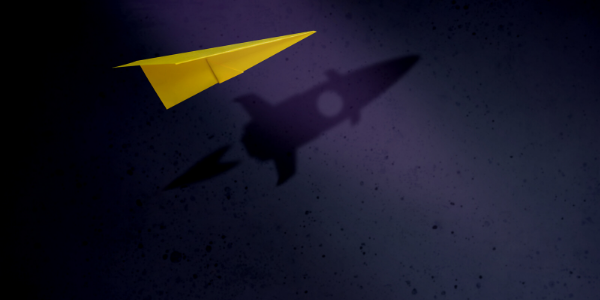 Not long ago, market commentators were debating why companies seemed to want to stay private. Back in 2015 and 2016, Initial Public Offerings (IPOs) fell substantially, with newer start-ups preferring to stay off the market. Now, that trend has reversed entirely. After opening back up in the second half of last year, the IPO market sprung to life for the remainder of 2020, and there has been no let up so far this year. Not only have a staggering number of new companies come to market in recent months, but many have floated with exorbitant valuations.

Just like the wider stock market since April, newly public companies have generated some impressive returns for investors. This is despite the worst global recession on record, and so much uncertainty on when or how many of these companies can generate a profit. Such high volumes and lofty valuations are making some investors nervous. An IPO frenzy can often be a sign of financial bubbles forming – as some might remember all too well from the early 2000s. On the other hand, the appetite for budding young businesses clearly reflects optimism about the global economic recovery. So, is the IPO glut a sign of doom or boom ahead?

Clearly, one cannot disentangle the IPO action we have seen from the wider trends we saw in equities last year. Despite an indefinite economic shutdown, major stock market indices rallied to new highs – with a particular focus on the booming US tech sector (looking at you, Tesla). High prices coupled with dwindling revenues sent valuations – in terms of price over earnings per share – skyrocketing. This is an extremely enticing backdrop for new companies, which can offer return- seekers the promise of growth unavailable elsewhere.

It is no surprise that many start-ups capitalised on this opportunity – or that investors were ready to hand it to them. But there were also sector-specific reasons encouraging businesses to come to market. A massive chunk of the new IPOs have come in internet-based technology or platform services, which, in the era of work-play-and-eat-from-home, were extremely well-placed.

New tech companies have had an exceptionally good environment for raising capital. Extraordinary support from central banks has pinned interest rates down to non-existent levels and flooded markets with liquidity. With the risk-free rate of return pushed down so low, the present value of future earnings for companies gets pushed higher. Those businesses that also do not require social interaction to make a profit got a great boost.

It is particularly interesting that the feast of recent IPOs comes after the famine of recent years. For some time, it looked like private equity had become the dominant mode of finance for younger companies. These trends are likely related, with companies that had held off before suddenly picking their moment to come to market.

The IPO surge also comes with a boom in the use of special purpose acquisition vehicles (SPACs), which are new listings formed with the sole purpose of funding a merger or acquisition. They are sometimes called ‘blank cheque’ companies, as they have no business operations but come to public markets with the intention of merging or acquiring a company with the IPO proceeds. Last year, the number of SPAC IPOs was more than three times the previous record – and the first week of this year set a new weekly record.

Many have questioned whether the SPAC boom can continue, and also challenged their use by private equity firms to generate fees more quickly, but for now it shows no sign of letting up. Just like with IPOs generally, we are in an extremely favourable environment for these shell company acquisitions. Interest rates and opportunity costs are low, with most of the IPO cash placed in safe assets like US Treasuries.

The long-term future of SPACs is less certain. The shell companies can take up to two years to take over their targets, with money being returned to shareholders if the acquisition is unsuccessful and the process looks less profitable than investors had hoped. Analysis shows that average returns after the merger are much lower than before. Meanwhile, their legal structure allows certain shareholders – those that hold for some time before the merger is announced – to have beneficial investment treatment. As time goes by, this feature may get more airtime and lead to a change in the structure of the SPACs, particularly if the winding down of the IPO boom causes pain for some investors. There could also be some examination of the fact that the target companies – which without the SPAC would most likely go through a traditional IPO with prospectus if they wanted to go public – are subject to less scrutiny.

If and when the use of SPACs winds down, the IPO market is likely to do the same, but that does not mean it is a bubble waiting to burst. Taking a more cautious view, we suspect the frenzied IPO market action could well be coming to a close, but not spectacularly. Further, it could be that some of the IPOs are successful because there is still an abundance of excess cash looking for a home.

Ultimately though, an end to the sugar rush does not mean sustained weakness ahead. Most of the recent IPOs came from sectors like IT, technology or biotech. These are structurally strong areas which are certainly not going to go away any time soon – and the long-term tailwinds are still pushing them along. New companies in these areas will always need financing, and investors have shown they are willing to provide it – either through private equity or through IPOs.