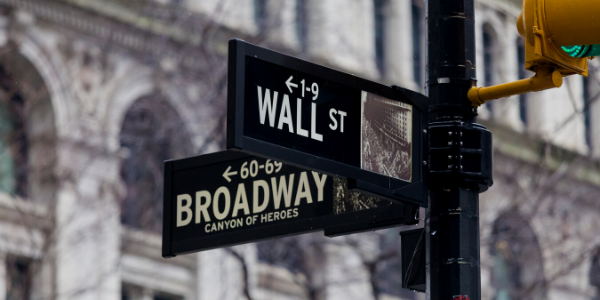 Last year, equity markets started to wobble around this time. For example, on 19 February 2020, the NASDAQ 100 closed at an all-time high of 9718.73 before sliding back as the far-reaching implications of the  pandemic started taking their toll.

The NASDAQ moves look be similar between then and now, but we could not be experiencing a more different set of circumstances. That distinction is apparent when one looks at US long-dated bond yields. As the charts below show, they have been going in opposing directions, driven by a starkly different outlook for the US and global economy. 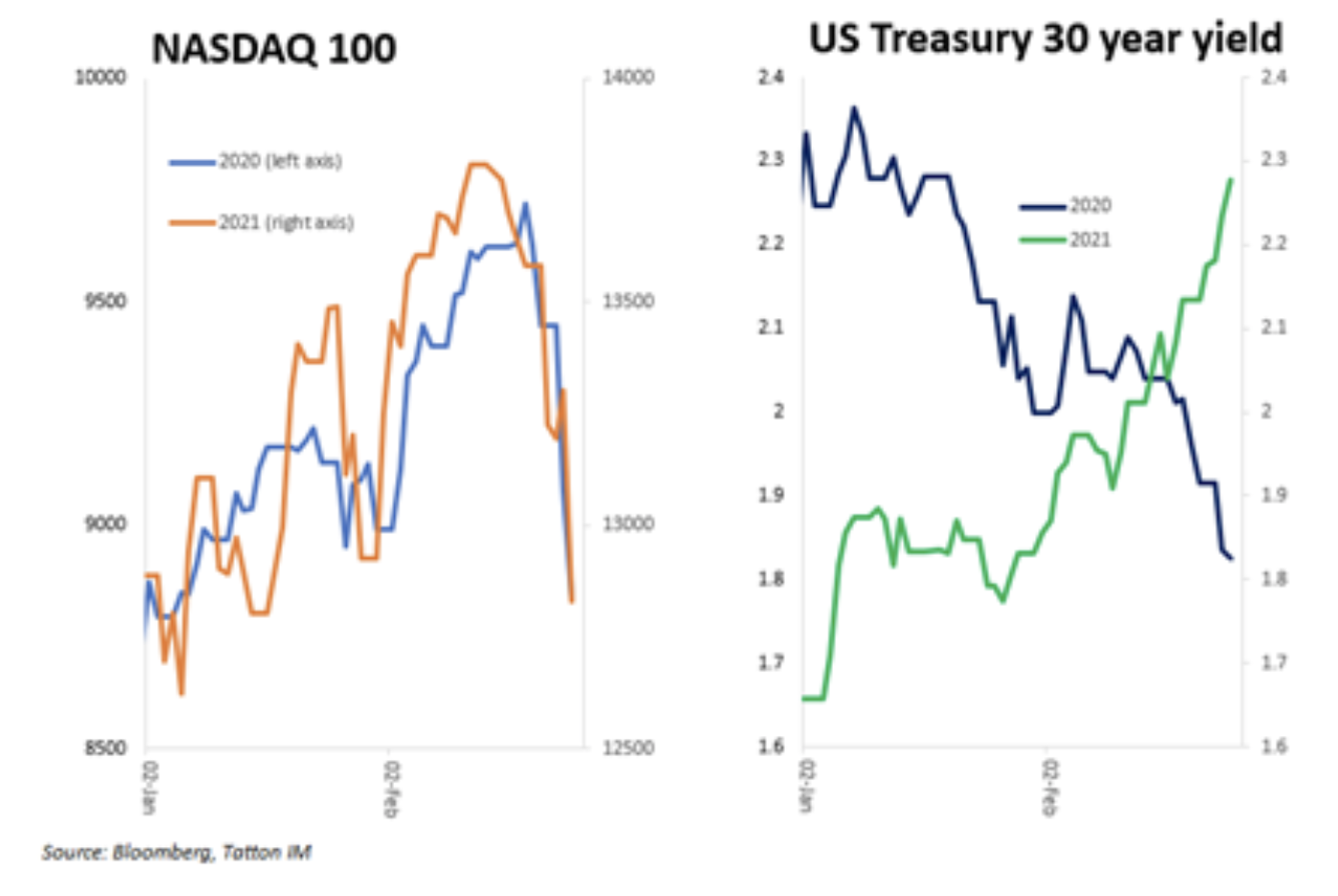 The outlook for this year has been steadily improving, which has fed through to market expectations for corporate earnings. On 24 January 2020, at the peak of expectations last year, 12 months earnings for the S&P 500 were expected to be $177. Of course, the pandemic put paid to those hopes. But in a remarkable turnaround, earnings for the next 12 months are, according to some analysts, expected to be only $1 lower, at $176. In comparison, after the global financial crisis of 2008-09, it took two and a half years for earnings expectations to return to their pre-crash level.

Which begs the question: “If earnings expectations and long yields are where they were last year, why would market levels be different”? With the S&P 500 about 13% higher than last year’s early peak, that means the price-to-earnings ratio is above 22 times the next 12 month’s expected earnings, versus just below 19 times last year.

The other aspect is in enhanced expectations of earnings growth beyond next year. Last weekend, US Treasury Secretary Janet Yellen effectively promised: to spend until jobs are at least as plentiful as they were in 2019; to spend on infrastructure; and to keep spending at least until everybody is sure it’s all going to happen. Alongside statements from US Federal Reserve (Fed) Chairman Jerome Powell about keeping support going, the message is staying positive for longer than has been the case in other recessions.

As is inevitable, there are many commentators now saying the support will be too much, that the US economy will run too hot. In a sense, both Yellen and Powell must hope that the commentators will get even more vocal, since an important part of building confidence has to come from a stream of economic positivity. However, it may be that bond investors will get spooked enough to force a rise in yields which threatens to be too costly for the economy, and really tightens financial conditions. At that point, the Fed may have to provide more than warm words.

Also this week, we saw the European Central Bank telling us it is worried that financial conditions may be getting too tight for a more fragile European economy. ECB President Christine Lagarde told us last week to expect support, and that was followed up this week by Chief Economist Philip Lane implying that “flexibility” was needed in the ECB’s bond purchases. Flexibility can only translate to more buying. Euro bond yields have moved up, but significantly less than in the US.

It is entirely possible that US long bond yields can go higher. A weak uptake of a new issue US bond auction on Thursday did not help, and foreign demand for US bonds appears to have stalled for now. However, having promised support, it would seem unlikely that the Yellen/Powell axis will make the policy mistake of over-promising support. Things may remain a bit volatile for now, but it seems likely that yields will stabilise at levels which are not likely to damage equity markets much further.

However, there is a twist. The other part of Yellen’s promise was to raise corporate taxes to 28%. We cover corporate taxation in an article below. Suffice to say, this is damaging to those companies expected to be super-profitable over the long-term, namely the mega-cap winners of the last year. We think this is the other contributor to the NASDAQ’s recent underperformance. As in 2017, when Donald Trump’s tax cuts provided a sharp boost to those companies, this has some potential to provide a drag.

So, the wobbles in equity markets, at least currently, revolve around how yields affect valuations. But for long-term investors, it is always really about earnings, and those remain well supported. Indeed, there’s every chance earnings will continue to be pushed up. Therefore, we won’t get too worried unless yield levels rise enough to really start impacting the real economy. We think that central banks are unlikely to make such a policy error.