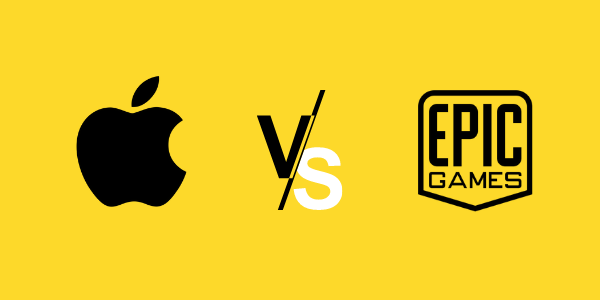 And Apple wept, seeing as it had no more worlds left to conquer. In 2018, Apple made history by becoming the first private company valued over $1 trillion. That milestone was 42 years in the making; but just two years later, Apple is worth double that. To make that feat even more incredible, the meteoric ascent to its second trillion took Apple just 21 weeks from its lows in March. History’s biggest company, of course, had a helping hand from a bullish stock market swimming in liquidity. But the sight of a corporate giant doubling its worth – while the global economy fell into its sharpest recession ever – speaks for itself.

Like many of its fellow tech giants, Apple has received an overwhelming vote of confidence from investors during the pandemic. From an investment perspective, even more astonishing than its market cap milestone is the valuation level it has reached along the way. Apple’s share price is now just under 36 times its expected earnings for 2020. The last time it reached that valuation level was on the eve of the iPhone’s first release – an event which ushered in Apple’s greatest period of growth. Back then, investors saw the explosion of profit growth that was to come. Now, given its sheer size in the market, it is hard to see where growth of that calibre could even come from.

Apple is not a rising star, but the biggest in the sky. And lately, that has attracted competition from the kind of corporate disruptors that Apple once characterised itself. In the past two weeks, it has received a great deal of criticism from the gaming community, its fastest-growing customer base. First, Apple announced it would not allow cloud gaming services from rivals Microsoft and Google onto its systems. Then, it made the bold move of removing the hugely popular game Fortnite from its App store, provoking an immediate anti-trust lawsuit from the game’s creator, Epic Games. 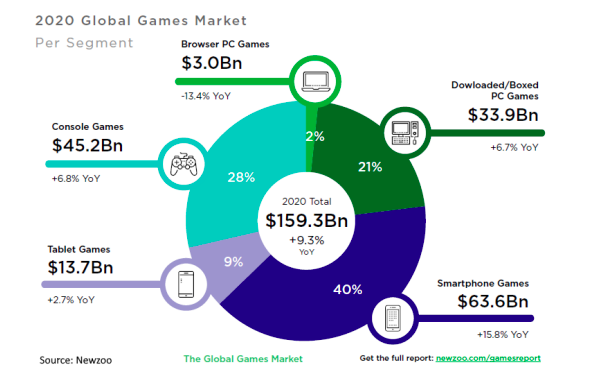 Mobile gaming is now biggest earner of all the channels for gaming. The following is from Newzoo, in its annual review published at the end of June: “By the end of 2020, more than 92 million new players from emerging markets will have entered the [mobile gaming] ecosystem, most of them via mobile. One of the key contributing factors is the ongoing growth of hyper-casual mobile games. The accessibility of these titles—through simple gameplay, little-to-no waiting time, and ad-based monetization—allows anyone to play and enjoy. Chinese game companies, in particular, are leading the change for mobile, finding new revenues and success in the wake of 2018’s nine month-long licensing freeze.”

Newzoo goes on to mention Fortnite in particular: “Game worlds are experimenting with experiences that go beyond the game itself. Fortnite famously hosted one concert last year, and in the first six months of 2020 alone, we have seen global entertainers host concerts in Fortnite in front of millions, a late-night talk show host an episode via Animal Crossing, people celebrating weddings and graduations in game worlds, and more.”

Let’s take these two moves in turn. The decision to ban Epic’s cloud gaming services – where games are streamed directly to phones through a third-party app, rather than bought on Apple’s iOS store – was not unexpected but still controversial. Apple’s official reasoning is that cloud services give customers access to a library of games that it cannot review individually, and so cannot subject to its stringent rules. But few buy this excuse. If a game can get revenue without going through the App store, Apple is unable to take its 30% cut. This led to derision even from usually friendly sources, with AppleInsider magazine calling it “consumer hostile”.

The move also incited the chain of events leading to Fortnite’s removal. In a bold and flagrant violation of Apple’s rules, Epic Games allowed Fortnite players to make cheaper in-game purchases directly to its system, bypassing the App store’s fee and passing the savings onto consumers. Fortnite was then swiftly and predictably removed from Apple’s system – exactly the reaction Epic was trying to provoke. Epic then immediately launched a lawsuit against Apple (as well as Google, which also removed Fortnite for the same reason), as well as a high-profile social media campaign.

These two developments showcase how much Apple’s image has changed from the plucky tech start-up it presented a few decades ago. In its viral takedown of the world’s largest company, Epic parodied Apple’s famous “1984” Macintosh launch advert, showing a dimly lit room of corporate zombies watching a broadcast of an Apple boasting about its exploitation of consumers – only for a Fortnite character to smash the screen and reveal the text: “Epic Games has defied the App Store monopoly. In retaliation, Apple is blocking Fornite from a billion devices. Join the fight to stop 2020 from becoming ‘1984.’”

There is some irony in Epic Games, said to be 49% owned by Chinese tech giants Tencent, using Orwellian imagery to deride another company. But nonetheless, the point stands: in the last two decades, Apple has become a gatekeeper of virtually all forms of media by dominating the platforms people use to consume it. This has allowed it to squeeze independent providers for profits – a feat it has pulled off masterfully – but has also gained Apple the ‘Big Bad Business’ label along the way.

Apple is not the only major tech name accused of muscling in on software providers. According to the Analysis Group consultancy Microsoft, Google, Amazon, and Samsung all aim to take a similar 30% cut from those using their software/services distribution platforms.

The stranglehold on the content platform is exactly what Epic and cloud-based gaming services threaten to break. Gaming is the biggest category of any app store, the gaming industry as a whole was valued at $151 billion last year and is expected to grow nearly 13% per year between now and 2027. Fortnite alone has 130 million regular players, most of whom are in the ideal demographic of young, wealthy consumers representing strong future cashflows. That Apple would do anything they can to keep their grip on this revenue is entirely unsurprising

Whether or not it will succeed is another matter. The social media backlash against Apple has already begun – greatly encouraged by Epic and its outspoken CEO. And companies know full well that social media revolts can lead to widespread consumer revolt. By desperately trying to cling on to its cash cow, Apple may have already pushed it away.

Three decades ago, Japanese tech giant Sony achieved a similar level of market domination to what Apple has now. But a failure to keep up with current trends and insurgent upstarts like Apple was its undoing – sliding slowly away from their peak and never recovering. In opting for centralised control in an increasingly decentralised digital market, Apple may be doing the same now. It is too early to tell whether the writing is on the wall for the world’s largest company. But at an astonishing $2 trillion peak and a heady valuation level, it is worth having a look.