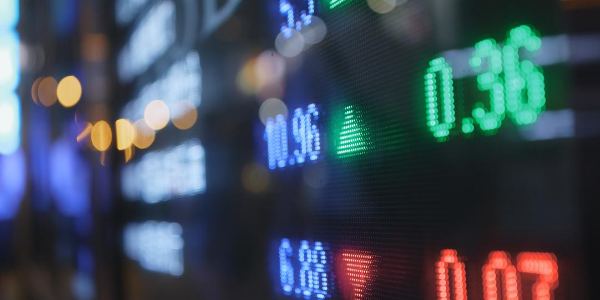 Capital markets were mostly steady – if a bit on edge – this week, as they have been for most of August. At least the US maintained positivity, although the extent of gains were not spectacular. Even so, both the Nasdaq and S&P 500 indices surpassed their February peaks in midweek trading, leaving the stock market nosedive of March a distant memory. Tech giant Apple made headlines by becoming the first company in history to climb to a $2 trillion market cap (we write more about this in a separate article below). And all of this after the world economy has experienced its deepest, most widespread, recession ever.

We should not mistake the continued equity rally with increased optimism about the economy itself. Cyclical stocks and the more cyclical regions made gains last week, but that cyclical rally petered out yet again this week, with investor capital instead flowing once more towards the US tech supercaps.

The FTSE100 slipped back below 6,000 again, disappointingly after the latest round of Brexit negotiations ended seemingly no closer to a deal than before. That also took Sterling down as well.

The main factors underpinning this impressive market rally are still around: mildly positive risk sentiment and abundant liquidity from the world’s central banks. Investors may want to believe that the great reflation is nigh, but they are struggling to convince themselves. The flash Purchasing Manager Indices (PMI) data for the US and UK were upbeat, whereas the Eurozone told a rather mixed story.

Both US manufacturing and services PMI data beat the 50 neutral level and economist estimates, posting 53.6 and 54.8 respectively. UK data was even better, with the Markit/CIPS services PMI surprisingly strong at 60.1. Maybe eating out is indeed helping out.

In the Eurozone, only France’s manufacturing PMI data indicated contraction, at 49.0, but almost all disappointed and by quite a large degree. Eurozone services had been expected to be 54.5 and were indicated at 50.1. In recent years, PMIs have had quite some impact on markets, being the most credibly cogent and up-to-the-moment data. As we’ve mentioned in previous notes, this year has seen them supplanted by data plucked from more high-frequency providers. Data from Apple, Google and other internet data gatherers have been made available on a pro bono basis. Thus, the PMIs had only a mild effect on their release since the indicators had been mixed of late.

Our continental contributors to Tatton’s Thursday morning meeting tell us that schools are starting up again, even though virus case numbers seem to have risen. They say that parents are quite keen to offload their kids and that the schools are willing to take them. In less than two weeks’ time, the UK will be going though a similar phase, and this will probably be a key time for Europe’s economy. We expect this data will start to be very important through the next four weeks.

As for the pro bono high frequency data, Apple, Google and other providers may well want to see revenue being generated soon from their proprietary data (even if it’s actually yours and mine). We touch on their behaviours in a separate article.

That brings us to the most noteworthy story of the week in market terms. Wednesday saw the release of the minutes from the US Federal Reserve (Fed’s) latest Federal Open Market Committee (FOMC) meeting, in what should have been a dull affair. We already knew from Fed chair Jerome Powell’s announcement that the central bank wanted to keep interest rates at their current non-existent levels while ploughing capital into the system for the foreseeable future. Nevertheless, one seemingly innocuous comment sent capital markets into a minor tantrum: “many participants judged that yield caps and targets were not warranted in the current environment but should remain an option.” This suggests the Fed is not as committed to controlling the yield curve in government bonds as markets would like it to be. 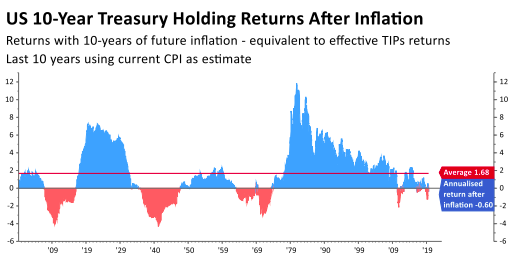 The Fed’s asset purchases themselves have clearly had a huge impact in achieving this. But arguably just important has been the central bank’s message: bond yields are weighed down with an anchor that will not go away. Indeed, the FOMC’s latest minutes suggest committee members want to “frame communications regarding the Committee’s ongoing asset purchases more in terms of their role in fostering accommodative financial conditions and supporting economic recovery.” That is, the Fed sees its liquidity injections as a tool to bolster the economy, not just as an emergency stabiliser for financial markets.

One of the main ways these liquidity injections have aided the economy is by allowing the US government practically unlimited leeway in its spending plans. The Fed has been reluctant to allow short-term cash rates to fall below zero – through fear of its effect on banks and savers. But importantly, it has ensured that the US Treasury can issue bonds at a rate lower than inflation.

Even if it doesn’t officially hold nominal bond yields below a particular rate, allowing inflation to possibly overshoot its 2% target gives the government the ability to borrow money at negative real (inflation adjusted) interest rates. Sure enough, this week we saw a historical moment from the Treasury: the auction of its latest inflation protected bonds sold at a negative yield – despite a wave of new issuance.

This is the first time the US government has explicitly sold a 30-year inflation-linked bond (first issued in 1998, a relatively new invention for the US) with a negative yield, but it is not the first time that US real yields have turned negative.

Following World War II, the Fed began a policy of so-called “financial repression”, where bond yields were pegged down to allow the government to pay off its war debts – while inflation soared in the post-war boom. If you had held a nominal US government bond for that period, your investment returns would have been well below inflation – since nominal yields had nowhere to go. But if it were possible to buy an inflation-linked bond then, the investment returns would have been much higher. Inflation-linked bonds get a capital gain from the fall in real yields, whereas the nominal bond does not.

Of course, the flipside to this argument is that central bank policy is largely determined by the economic and financial environment. Since we are in the deepest global recession in history, financial repression from the Fed and others seems warranted. But if the recovery does come through quicker and stronger than expected – and inflation does indeed overshoot the 2% target – things could change quickly. That is still hugely unlikely in the short-term, but is something we need to watch out for.

The central banks of the world will meet over the coming week, albeit virtually, at the annual Jackson Hole Symposium. The Fed will probably reveal some more details of its major review, with Powell’s keynote speech on Thursday. Most expect that it will commit to allowing an overshooting of the 2% target with an indication that it would prefer inflation somewhat above rather than below the target.

As one can see from the chart above, this might mean private investors start to believe their fixed coupon bonds will be a sure-fire loss. If that happens, the Fed may have to take up what those investors don’t want. QE will be here to stay.