EU’s populist nations threaten to shoot themselves in the foot 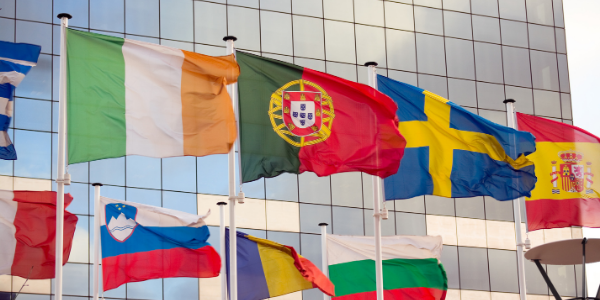 For Europe, 2020 was supposed to be a fiscal awakening, with the pandemic putting paid to the issues that created the first Euro crisis; the Union’s lack of fiscal integration, its inflexibility on budget rules and inability to handle payment crises. The crisis affected the whole continent, threatening to burden health services and leave swathes of the population in financial ruin, unless governments spent their way to the other side.

After extensive negotiations, a continent-wide €1.8tn spending package was agreed in the summer. EU negotiators struck a hard-fought deal with the European Parliament to create the EU recovery fund, together with the union’s seven-year budget, was designed not just to plug the gap between now and normality, but to invest in a brighter, more sustainable and digital future afterwards.

Now, at the final hurdle, the deal is in jeopardy again. Hungary and Poland are threatening to block the entire package. The two nations – both lead by far-right leaders accused of authoritarianism – have indicated that they will veto the spending package unless the critical ‘rule of law’ mechanism is removed.

As it stands, that mechanism allows the EU to suspend funding to member states that it believes are undermining its democratic values. The most pressing of these tenets is judicial independence, which politicians across Europe claim is under threat in Hungary and Poland. Poland’s Law and Justice (PiS) party has instituted several reforms of the justice system since coming to power in 2015, aimed at giving the government greater power to appoint, discipline and remove judges. Meanwhile, Hungarian prime minister Viktor Orban has proudly declared his nation an “illiberal democracy” and has faced international scrutiny for his government’s rollback of human rights and violations of EU and international law.

This is far from the first time these two countries have faced-off against Brussels on this issue. Legal challenges have been launched against both for their alleged breach of the “founding values” enshrined in the Treaty on the European Union. These challenges – the only cases of their kind to ever be brought against EU member states – are still ongoing.

The difference now is that the stakes are higher than they have ever been. Europe is in the middle of its second COVID wave, and economic activity is being suppressed by renewed lockdown measures. Many nations lack the social safety nets to deal with the widespread unemployment that an economic shutdown will bring, and existing EU budgetary rules prohibit deficit-financed spending at a time when it is needed most. The €750 billion recovery fund – together with the €1.1 trillion EU budget – would offer crucial respite. European Central Bank chair Christine Lagarde told the European Parliament (in no uncertain terms) that the package “must become operational without delay – this is critically important,”

The irony of the Hungarian-Polish blockade is that both are extremely dependent on EU funding. In 2018, EU spending amounted in Hungary and Poland to 5% and 3.4% of GDP respectively, and they are set to receive an estimated €180 billion in stimulus grants under current plans. Were Orban and Polish premier Mateusz Morawiecki to block the EU package, they would stand much to lose. This goes someway to explaining the muted reaction to the spat from markets. European bonds and currency are both trading around their recent highs, with commentators pointing to mutual interest as a reason to be hopeful of a compromise. 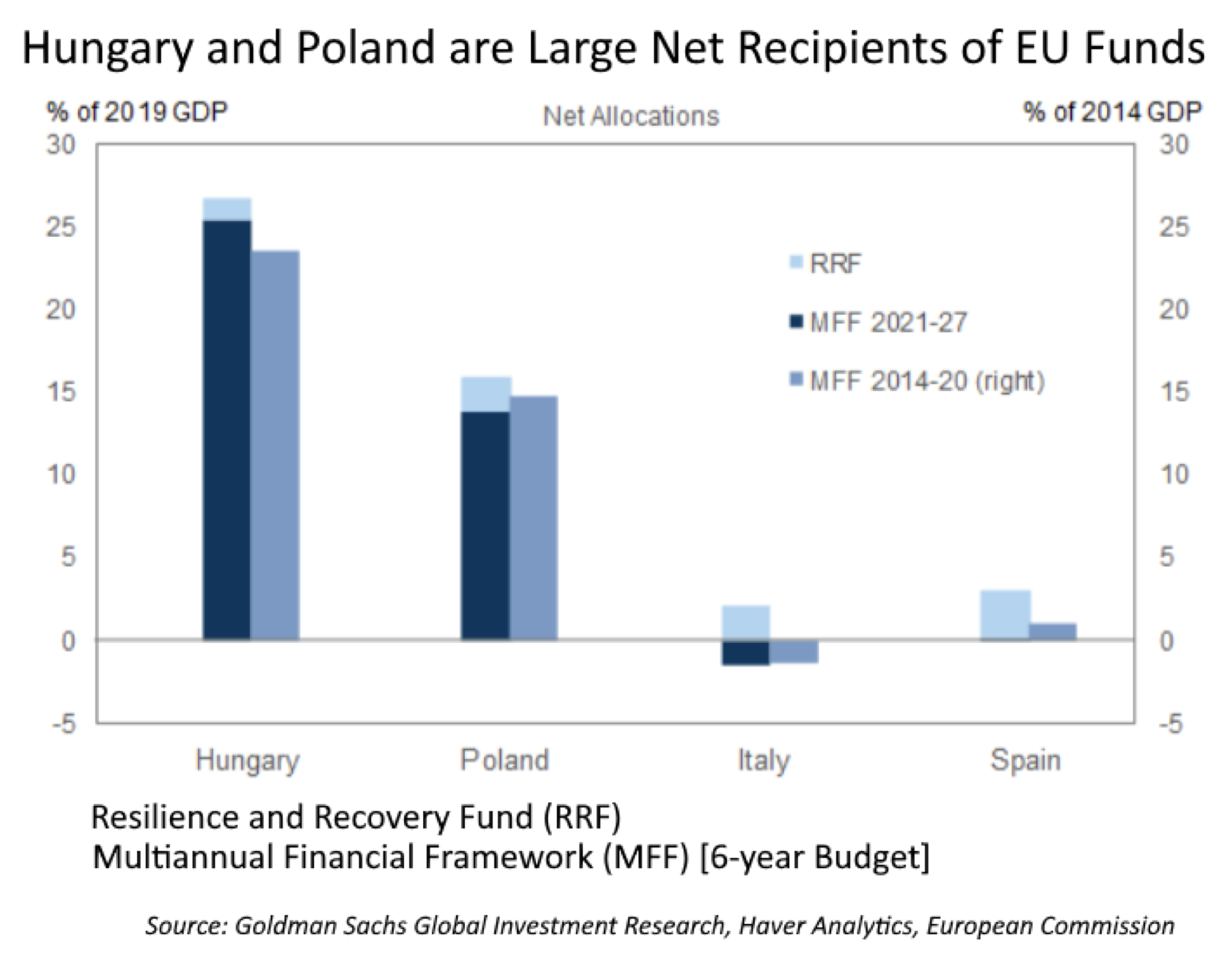 This is true, to a point. A deal is certainly in the national interest of Poland and Hungary. But we should be careful to distinguish this from the interest of their ruling politicians. In Poland, the justice minister is trying to outflank his prime minister on the hard right, creating a power struggle in which taking a hard line on Brussels could play well. And, while Orban’s position in Hungary is strong, he is unlikely to agree to any package he sees as a threat to his party’s rule.

Europe’s authoritarians are also well aware that, when it comes to punishing democratic backsliding, Brussels’ bark is worse than its bite. Together, both countries have been able to block punitive measures against the other, and Poland has even begun flouting judgements issued by the European Court of Justice. As such, Orban and Morawiecki might think this is a game of chicken they can win.

This time they could well be wrong. France is reportedly intent on pushing the deal forward, with or without them, and has suggested both could be excluded from a recovery plan if an agreement cannot be reached. Even if this does not sound encouraging, it fits into a French vision of further European integration, namely that European integration should move ahead between those that want it, even if that means leaving behind those that don’t. In the past, German politicians have been set against this idea, worrying that it might create a multi-tier Europe which could deter outside investment.

Of course, a funding collapse would almost certainly be more off-putting to foreign investors than some regulatory disharmony. It therefore seems likely that, as very last resort, Germany would agree to excluding the dissenters if it meant saving the deal. In that case, Hungary and Poland would have no cards left to play – they would either have to take the deal or sacrifice billions in much-needed funding.

Some form of compromise would allow everyone to save face. In terms of its effect on the real economy, that the recovery funds are not set to come in until next year should lessen the short- term impact of any delay. A solution is still on the horizon – and with it signs of hope for Europe’s fiscal future. But there’s no doubt that two of Europe’s leading authoritarians attempting to hold the EU to ransom is bad news for the union. Even if the threat to short-term support does not deter investors, the threat to long-term stability might.