Hold on tight for a gangbuster earnings season 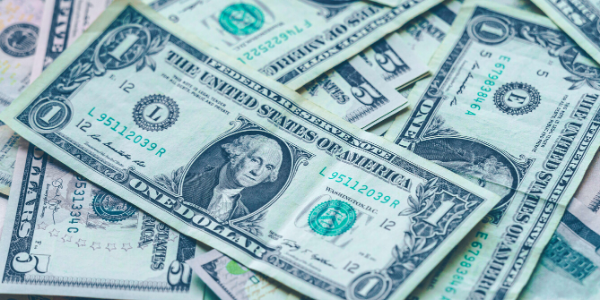 As parts of the world economy slowly opens up, capital markets are pushing ever higher. That investor optimism has been a mainstay since the dramatic sell-off a year ago, driven by huge amounts of monetary and fiscal support, and the hope that global growth will come through in full force after the pandemic. But after the year we have had – the deepest global recession on record – this optimism has left assets at eye-watering valuations. Coming into this year, markets were not just hoping for a strong recovery in 2021; they were expecting it. Economically speaking, the first few months of the year have been much the same as 2020 – with businesses and consumers on hold until lockdowns can be eased. But eventually, markets will need more than just wishful thinking. And, as we move through the year, the need for solid performance to back up investor optimism will become more pressing.

That is why corporate earnings results are now (and always) so important. In the US, quarterly reports are beginning to filter through, showing how companies fared over the first three months of the year and – crucially – what they expect in the near future. Reports for the UK and Europe will soon follow suit. To put it mildly, analyst expectations for this US earnings season are very positive. Earnings per share (EPS) for the S&P500 are expected to post 23.8% year-on-year growth for Q1. This would be nearly 5x the average growth pace of the past ten years, and cannot be dismissed as driven by a base effect, given in the US, the respective first quarter of last year was still largely unaffected by the pandemic.

While this means that the level of earnings growth currently forecast by analysts is quite phenomenal, we are inclined to agree with the market verdict: Investors should expect overwhelmingly strong numbers. As the chart on the next page illustrates, the positive prospect is not limited to the US but can be observed for much of the developed world. Moreover, this tells us that we are in a highly unusual situation. Optimism about growth has increased at the same time as earnings have already rebounded. Usually, optimism is highest at the start – not in the middle or at the end – of the actual earnings recovery.

In terms of actual results, the information we get from earnings reports is somewhat limited. At the best of times, results are backwards looking, and so, barring any huge surprises, should be more or less factored into equity prices. Now, there is the added complication of an economic shutdown for most of the year so far (still ongoing in Europe), making these backwards-looking indicators even less indicative of what is to come. 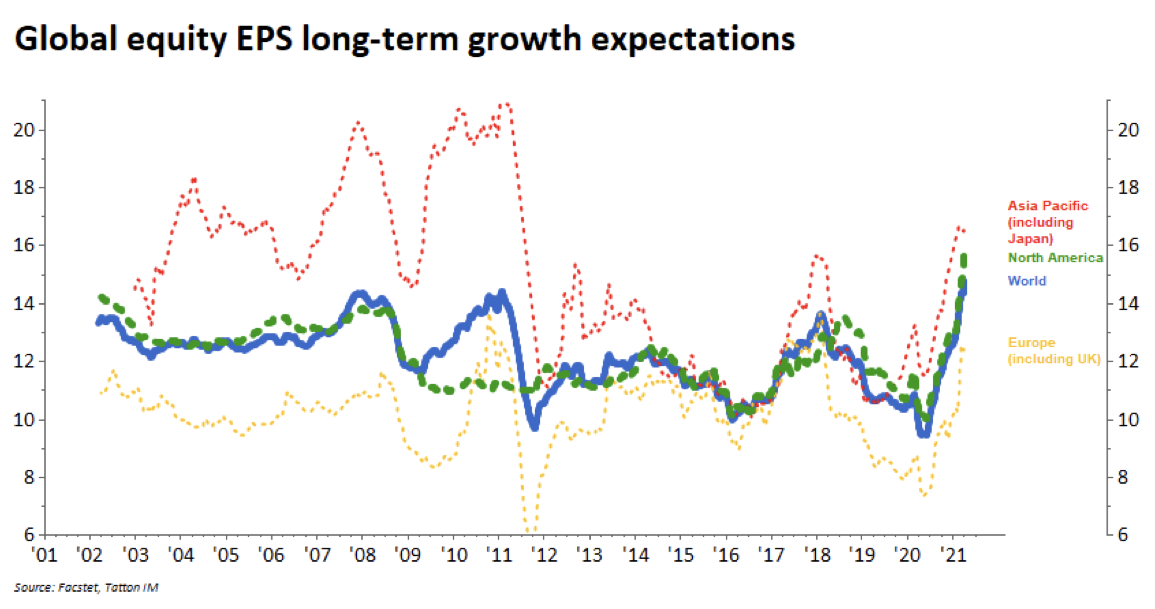 So far, we have seen a raft of results and statements from the big American banks, including JPMorgan, Wells Fargo, Bank of America and Citigroup. Profit results and outlooks have been strong, but multiple banks reported a drop in loan demand in Q1. Total loans fell 15% for Wells Fargo in the year to March, and 4% for JPMorgan.

Falling credit demand is usually a bad sign for banks and, indeed, the news caused a slight drop in share prices when it came out. But bank executives are taking it as a good sign. It shows that consumers and businesses are in top shape financially, with borrowers on the whole paying down debts during the pandemic rather than taking on more. This is a far cry from what was feared a year ago, when markets were frightened of widespread defaults.

Extraordinary support from governments and central banks has played a huge role in this. Through stimulus checks, income support and generous business loans, many have been able to save a great deal over the last year. Meanwhile, historically easy monetary policy has kept interest rates low and debt markets awash with liquidity. This has led many businesses to delve into public markets for cash, rather than going through traditional bank loans.

JPMorgan now reports that its loans are at 44% of its deposits, down from 57% the same time last year. That leaves businesses and consumers with a substantial amount of leeway financially – just as the economy is starting up again. The end result is that, coming out of the pandemic, banks will be eager to lend and everyone will be eager to spend, a very positive sign for the economy – underlining the positive outlook from bank executives. The fact that JPMorgan is issuing record amounts of new bonds to bolster its capacity to lend provides good evidence for this.

On a more general note, if the rest of the earnings season is as positive as currently expected (and it usually is better than expectations), it could do a lot of good for markets. As mentioned, rising equity prices amid a frozen economy has sent valuations (in terms of earnings per share) sky high. If earnings rise in line, those ratios will be brought down towards much more normal levels. Even though none of this should come as a surprise to investors, it should at least take some of the pressure off and alleviate the valuation vertigo we have seen in some pockets of the market.

Further down the line, so much depends on what the US Federal Reserve (Fed) will do as growth and inflation come back in force. The Fed has been as clear as it can be that monetary policy will remain accommodative for the foreseeable future, but markets are currently expecting that supercharged inflation will cause policymakers to tighten sooner than planned. Rising growth and price rises are all but a certainty, as the Fed is well aware, but the key question is whether it will stick with the narrative that price rises will prove transitory (rather than lead to structural inflation pressures through excessive wage rises) and hold their nerve.

From our perspective, we expect policymakers to stay firm, at least for now. The Fed’s recent policy framework change has moved it to a structurally looser regime, and every signal so far has been that it means what it says. For equities, this is a huge positive, and we should expect even more strong results to follow.