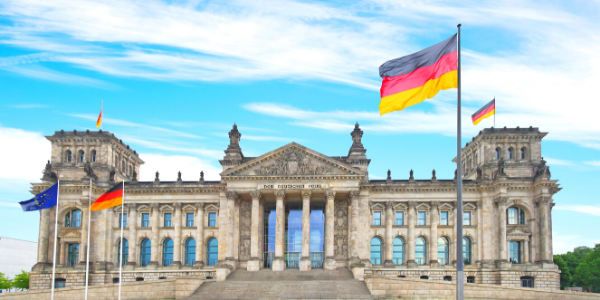 For well over a decade, Germany’s political system has looked the picture of stability. Chancellor Angela Merkel has reigned for so long she is often considered the de facto leader of Europe as well as its largest nation – her tenure marked and prolonged by a history of compromise and coalition with Germany’s other leading parties. In recent years, this has stood in stark contrast to Britain, where four general elections in five years and constant Brexit drama was followed by a particularly hard pandemic experience, littered with scandals.

Now, though, those tables seem to have turned. A rapid vaccine rollout and subsequent easing of restrictions has significantly cooled the pressure on Boris Johnson’s government. Meanwhile, Germany’s vaccination programme – just like the wider EU’s – has been notoriously slow, causing a recent spike in infections and another tightening of restrictions. Many German politicians have joined in the vaccine blame game, threatening a rift in supply chains. And, in the midst of all this, the country’s leading parties have fractured over their political future – with only five months to go until general elections that will determine Merkel’s successor.

After 16 years in charge, Merkel is set to resign as Chancellor in September, creating a rift over who should succeed her. Merkel’s Christian Democratic Union (CDU) has backed its leader and North Rhine-Westphalia’s prime minister Armin Laschet to take charge, but its Bavarian sister party the Christian Social Union (CSU) wants Bavarian prime minister Markus Söder to lead them into the election. Laschet has unanimous support of the CDU’s governing executive, but Söder is not backing down. His support extends well beyond his Bavarian base, namely in the broader CDU membership, as well as the broader German population. To illustrate even more the particularity the centre right finds itself in: in Germany’s post war history, a CSU/Bavarian chancellor candidate has never succeeded, but now finds widespread approval in opinion surveys – likely in response to his robust COVID management, including border closures.

Leaders are aware that now could be a dangerous time for infighting. The pandemic is taking its toll on Germany. Intensive care units are rapidly filling up and the disappointing vaccine rollout has put pressure on the longstanding grand coalition government of CDU/CSU and Social Democratic Party (SPD). “We can no longer spend all our time dealing with our internal party issues,” Laschet recently told reporters.

But the issue is more than just an opportunistic power struggle. Laschet has the backing of CDU leadership, but others in the party are concerned he will hurt their chances in September, given he is more of a centrist moderate than Söder, who also appeals to some of the populist right. Following their own ‘COVID sleaze’ scandal, the CDU/CSU coalition has sunk in national opinion polls recently, and Söder is much more popular than Laschet with voters. 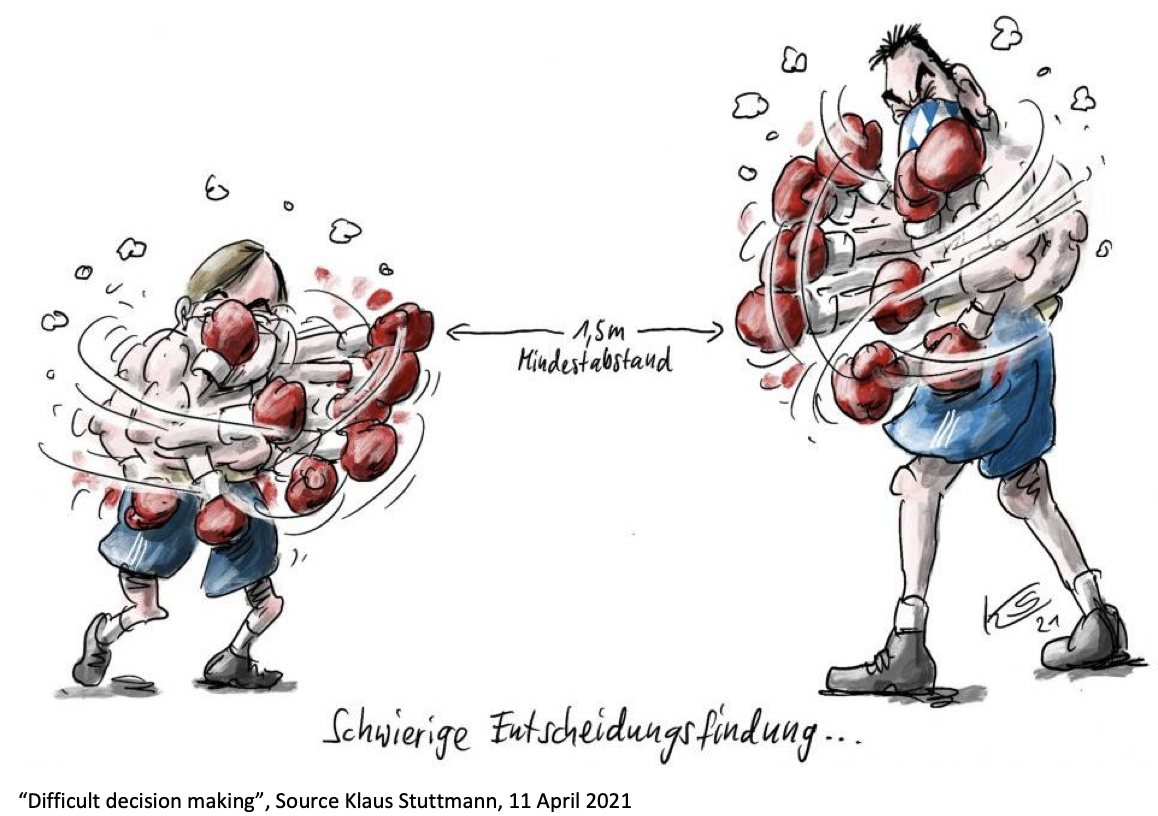 Underlying the drama is an anxiety that the political landscape has shifted away from the CDU – partly due to the pandemic but stretching back much further – leaving the party looking stagnant. Merkel’s status-quo centrism has long been appealing to German voters, but the shake-up of recent times has prompted many to look at other options. The Green Party, 30 years ago on the fringes of German politics, has become the new home for urban liberals and the now well-educated children from working class families. This has left the SPD ailing and promoted the Greens to be Germany’s second-largest party – and looking increasingly likely to be playing a role in forming its next government.

Meanwhile, the populist far-right party Alternative for Germany (AfD) remains a sizable force in German politics, while support for the old centre and business-friendly Free Democratic Party (FDP) has dried up considerably. Far-left party Die Linke – descended from the former communist party that governed East Germany – is currently polling just under 10% of the national vote, and could well form a part of a left-wing coalition if things go their way.

These moves are not quite as radical as they may seem. German governments are invariably coalitions, usually leaning heavily toward centrist compromise, and the Greens have proved themselves surprisingly moderate and pragmatic when in achieved power. Going back before the reign of Merkel, the Greens were the junior partner in the German government from 1998 to 2005, when SPD chancellor Gerhard Schroeder painfully modernised Germany’s inflexible labour market through structural reform with his ‘Agenda 2000’ programme. But come September, Merkel will be gone, and in her place will be a German leadership lacking Merkel’s ability and experience to unite the nation and exert leadership in the EU.

So far, capital markets have shown complete indifference to German political drama, which is not so surprising. Europe has plenty of other issues on its plate and political developments in the continent’s largest economy usually have minimal impact on asset values. That is partly because, in the post-war period, consensus-driven Germany avoided stark shifts in one direction or the other. It is still early days in the election campaign, but a left coalition made from the Greens, Die Linke and SPD may well shift priorities towards citizens and away from corporates. At the same time, initiatives around climate change may gather momentum, which could open up new business opportunities. Such a programme may just reflect wider global tendencies – the current US government certainly presents a shift to the left. As for Europe, it is worth noting that a left coalition would be at least as pro-European as the current grand coalition or a CDU/CSU-Green coalition.

From a pragmatic point of view, a more pressing concern for markets is the situation Germany finds itself in with the European Recovery Fund – a landmark agreement designed under Germany’s EU Council leadership that allows Brussels to bridge the funding gap between now and the post-pandemic world. Germany’s Constitutional Court had to suspend the approval process in response to a citizen association’s legal complaint. Given the deal already passed through the German legislature, political shifts might not matter too much. But for now Germany, the EU and markets are in suspension, awaiting the German Constitutional Court’s judgement. As always, a key consideration will be to what extent the German parliament can influence the design of the European Recovery Fund.

The wider context of all this is a German economy that continues to struggle. The country’s leading research institutes recently cut their 2021 growth forecasts from 4.7% down to 3.7%, prompted by the delayed recovery because of continued lockdowns due to a third wave of the pandemic. A comparison to the UK is again illuminating here. Early in the pandemic, Germany looked much more stable – and its economy much more resilient – than sluggish Britain, but recent economic forecasts have been overwhelmingly positive on the UK, while Germany’s internal outlook has deteriorated.

All of this is certainly cause for concern – or at least recognition – from markets. But we should temper the German negativity somewhat. Ultimately, the vaccine struggles should only be temporary, and will fade away once supply ramps up. Meanwhile, even with a compressed growth outlook, business sentiment in Germany is holding up extremely well according to the latest surveys – thanks to a strong global recovery. The same is true for the UK, given its ‘vaccine dividend’, but with one crucial difference. Due to the recent strength of sterling, financial conditions in Britain are relatively tight, while they remain incredibly loose in Germany. This at least is good news for Europe, whose currency depreciation could well make it a beneficiary of its own failure. Much to watch, then, but not all of it bad.