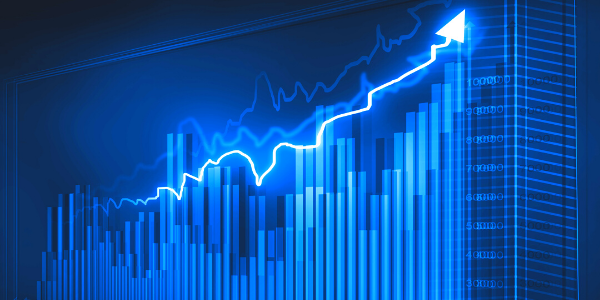 We usually start with a brief summary of equity market action over the course of the week. This week it was developments in the bond markets that may be of more significance for investors for the medium terms, than the fact that equities continued to do well. On Thursday, yields of long maturity bonds across global developed fell quite sharply, at the same time as economic data showed resoundingly strong activity.  As our readers know from previous editions bond yields tend to rise in reaction to an improving economic outlook and if it this goes far enough undermine lofty equity valuation, due to the returns competition they re-introduce.

So, Thursday’s somewhat counterintuitive market action was a very good signal for equity markets, which duly went to new highs in the US. The FTSE100 still lags but broke through 7000 this morning – continuing on its path to recovery.

Some might ascribe this as a sort of victory for the central banks. Perhaps they have at last succeeded in convincing investors that policy will remain reactive but not tighten straight away to the inevitable sharp virus rebound growth. Central banks tell us that they only intend to withdraw support once the automatic recovery boom has run its course and a sustained growth paths is materialising – which may take well into 2022.

Longer term readers of the Tatton Weekly will know that our aim is to update readers about the themes of the week that we believe are or will be relevant for the economy, the capital markets and hence investment portfolio returns. What may not be so obvious is that this is not as much a weekly chore of coming up with things that we can write about as it may seem. Instead it is a reflection and summary of what we discuss in our weekly investment meetings on Thursday morning. The first article, which also goes into the email itself is a summary for all those short of time, while the additional articles in the linked attachment go into more depth for anybody wanting more detailed insights into what we are discussing.

This week, we take a look at the corporate results earnings season for the first quarter this year and the signals from the US banks in one of our more in-depth articles. While on the face of it extremely encouraging for the near term economic outlook, there were some elements of disappointment in the banks’ credit growth statements, which have not been as positive as some may have expected. We go into why, counterintuitively perhaps, this is good news both for banks and the economy.

We also have a peek at Germany, and gauge its self-confidence after the recent virus upswing and as it heads towards general elections which will mark the end of the era of chancellor Merkel. European elections are likely to be very important for the EU economy’s performance this year, much like the recent US election, so this is a theme to be followed through this year and next.

Although we took a step towards normality this week in the UK, it is also clear that many people may not want to manage more than one celebratory libation pint in the snow-bound pub garden before heading back home to the warm. The weather does not help us believe greatly in staycation holidays either. However, market dynamics tell us that the economic climate in the UK is more amenable than the weather.

In the US, things are moving more swiftly but the historically strong growth indicators still cannot yet tell us whether the current pace can be sustained or even will accelerate further. What we can tell is that equity analysts have recently upped 2021 full year corporate earnings estimates sharply but have been more cautious for 2022. Those are barely changed since the start of the current quarter.

What analysts around the world have been doing is increasing their longer-term (generally 3-4 years hence) estimates. Indeed, research provider Factset’s aggregates of longer term growth projections are uniformly at the strongest levels since the start of the data in 2001. Where longer-term forecasts are concerned, analysts tend to follow markets rather than lead. In other words, one can see the high corporate growth levels as needed to justify current market levels.

One should not get overly concerned for the moment, as there is another way to read it: analysts tend to underestimate earnings rebounds especially during strong economic growth periods, and these longer-term projections are perhaps signalling only that analysts expect to upgrade nearer-term earnings.

The surge of COVID testing goes on just over the bridge from our office here in the City. There are a lot of people yet to be vaccinated and another wave would increase the number of viruses that could mutate into something that might render the vaccines less effective. Of course that thought process is behind the government’s reluctance to allow foreign travel while we ease out of winter lockdown.

For us though, we continue to be marginally more focussed on the geopolitical rumblings. US president Biden’s ramping up of sanctions on Russia this week, imposed because of the hacking of the US cyber security and software company SolarWinds last year, are more damaging for Russia than the Skripal poisoning sanctions that Trump imposed, but are small in comparison to the benefit that Biden’s fiscal boost brings for oil prices and hence Russian oil revenues.

Nevertheless, it signals that Biden understands that his international adversaries are trying to test whether he is as much of a foreign policy dove as he was allegedly as part of Obama’s team. His not backing down and clear willingness to impose consequences on harmful actions should accelerate this recalibration process rather sooner than later.

As we said last week, China is literally and figuratively pushing its boundaries and Russia is following suit this week with its military build-up at Ukraine’s borders and so Biden’s sanctions are perhaps a warning shot in that direction as well. We are not expecting a repeat of events like the Crimea but beyond the testing of Biden’s foreign policy stance some are ascribing Russia’s actions also to a weakening in his popularity with elections of sorts not too far away. The Putin of 15 years ago may have estimated that Russia’s best interests involved a quiet tactical retreat. Older leaders tend to have more personal  incentives towards leaving legacies, which can lead to more erratic outcomes. This might be even more the case here, if last year’s speculation about Putin’s health was to have some basis.

We don’t think this will end badly, or that markets will react badly if risks get a bit worse, because it is in neither side’s interests to push their actions to the point of no return. Putin will probably continue with all multilateral engagements – such as the online Earth Day Summit that Biden is convening next week (which, it seems, Xi Jinping will also be taking part in). His contribution will be closely watched. The Russians have said they will delay a bilateral summit with Biden and  threatened to pull out, but Christopher Granville of TS Lombard thinks he will probably engage.

The lesson of  last year is that one should guard against complacency. Last year, the virus was in the news a good few weeks before markets identified it as a formidable risk. So, as always, we can build a wall of worry. Valuations are still high, and require uninterrupted good growth for a reasonably long time. Geopolitics may cloud things over sooner or later.

Still, particularly if the weather warms up, vaccinations continue to reduce the public health impact of the virus and the economy continues to re-accelerate there are good reasons to be cheerful.