Internet traders take on hedge funds at their own game 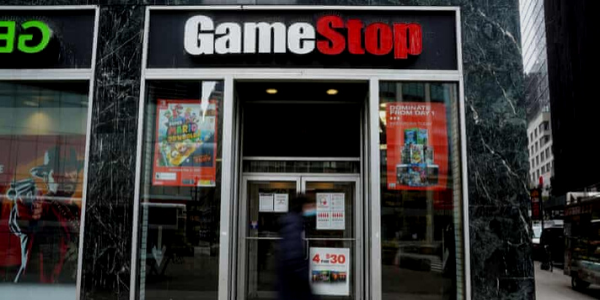 As widely reported in the media, this week in equity markets has been a wild ride through the depths of the internet. GameStop, a consumer electronics store that looked destined to be another retail casualty, saw its stock price propelled to unthinkable heights over the last five days, after retail traders turned the company into an online sensation. At the end of last year, GameStop traded at around $10 a share. Last week, it stood at $42. On Thursday, the share price hit $469 at its peak, but then fell sharply to close at $193.

This meteoric rise was instigated on social media site Reddit by members of the /r/WallStreetBets forum. Their plan is simple: find stocks that are the target of intense short-selling, then coordinate on buying that stock to force up the price and cause a ‘short squeeze’, catapulting share prices upward. GameStop is the most stark case, but the WallStreetBetters have targeted many previously unloved US stocks – leading to some astonishing market moves.

On Wednesday, Wall Street trading volumes hit all-time highs, surging past the record set all the way back in 2008 as more than 23 billion shares changed hands. According to clearing house OCC, the most actively traded options were in Nokia, GameStop, Palantir and BlackBerry. All four were the topic of intense discussion and buying recommendations on Reddit. WallStreetBets, where amateur investors gather and share tips, saw its membership rise from 2.8 milion to 4.3 million between Wednesday and Thursday, with around 316,000 users openly announcing their intention to buy stock options.

The trend has wreaked havoc on short sellers, most notably hedge funds. Melvin Capital, which took out a large position against GameStop, was pushed to near-insolvency after losing billions in its short positioning. The ‘short squeeze’ phenomenon occurs when short sellers essentially betting that some share price will go down are forced to close their positions and buy the underlying stock.

Short sellers borrow stocks from stock holders who are willing to lend them out, and then sell those borrowed shares in the market. Of course, the short-seller, who only borrowed the shares, will have to give them back to the lender at a later date. If the prices falls in that time, the short- seller buys the stock at a lower price in the market and gives it back to where it was borrowed from – and makes a profit. Short positions are a derivative of the underlying asset, but in reality they work like a simple directional call on where that asset’s price will go. This is why short positions can amount to more than 100% of the outstanding shares of a company; shares can be lent, borrowed and promised several times over, as long as there are willing buyers and sellers.

However, the risks for short-sellers are asymmetric. Prices can only fall to zero, so the upside of short sellers’ bets against a stock are limited to the stock’s value. But there is no limit to how high prices can go – meaning a short sellers’ potential losses are unlimited. When this happens, hedge funds are forced to close their short positions and buy the stock to stop haemorrhaging capital. Buyers quickly outnumber sellers and a short squeeze ensues.

None of that is new. So why have large numbers of retail investors decided now is the time to coordinate their actions via internet chat rooms to punish hedge funds (and make a healthy profit in the process)? The media is describing the WallStreetBets phenomenon as not just a get-rich- quick scheme but a virtual protest movement. A “War on Wall Street” and “Stock Market Insurrection” have made headlines, while comparisons have been drawn to the Occupy movement and Black Lives Matter. Some have even gone as far as to lump in the Reddit investors with Trump supporting rioters, with one outlet suggesting that, after attacking the US capitol, the disgruntled public are now attacking capitalism.

These grand narratives should be tempered. While short-selling hedge funds may have been forced to endure heavy losses from the coordinated buying of stocks that fundamental investment analysis would identify as doomed, record high trading volumes and soaring share prices are hardly bad things for corporates and financial companies. We have seen many market fads over the past few years, from Bitcoin (which, suspiciously, has calmed its price movements since short- targeting came into force) to Tesla, and even the bankrupt car rental company Hertz. For many in the flash buying mob, this is just another timely and profitable bandwagon bet.

Certainly, though, there are some non-financial motivations for the mass buying. Getting one over on the politically unpopular hedge fund class of ultra-high earners is always a nice bonus for the anti-establishment investor. What this highlights to us is the growing voice – and importance – of individual retail investors. With personal investment technology now widespread, people are no longer bound by heavy entrance fees or institutional barriers to the market. Moreover, if on top they succeed in coordinating their trades by means of internet forums, they have the power to move share prices almost at will. With the pandemic leaving many with rising cash savings and barred from many everyday activities, activist day trading can seem mightily appealing.

It also exposes real problems for hedge funds in particular. Fund managers may hope that forums like WallStreetBets are banned or regulated for their role in potential ‘market manipulation’, but short sellers at large hardly have much of a leg to stand on here, politically speaking. Hedge funds and short sellers, after all, are the stereotypical ‘bad guys’ when market manipulation gets talked about, given their past success in banding together themselves to accelerate and ultimately profit from the demise of a seemingly doomed company for their own benefit and that of their investors.

The widespread, and now coordinated, presence of retail investors in the market whose actions are sometimes not driven by fundamental company investment research brings big risk for hedge funds. Not only can flash mob purchases lead to damaging market swings, but individual retail investors are also much less likely to engage in the stock lending practices that hedge funds rely on to operate. If equities are in the hands of those unwilling to lend them out, liquidity dries up for short-sellers and they must scramble to cover positions, further amplifying the short squeeze dynamics that drive the prices to stratospheric heights.

In the short run, we suspect these dynamics will lead to some risk aversion from short sellers, potentially buying more cover for their positions. In the long run, the biggest risk and potential damage is likely to be for those internet buyers who jump on the bandwagon late. As with any gamble, sooner or later your luck runs out.